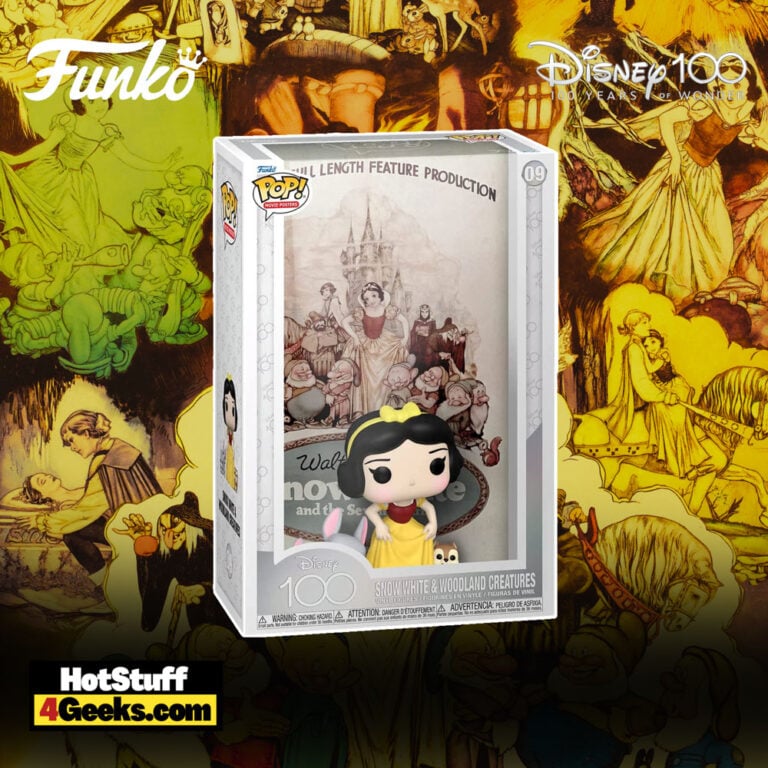 With Disney celebrating its 100th anniversary this year, what a fantastic way to add to a classic collection! The pop figure is now available for pre-order at the links below – click to jump or scroll to continue reading!

Imagine the fun you can have when these charming characters come alive at your disposal.

Be prepared for the most magical adventure with some of the most beloved characters from Disney’s first feature-length animated film, Snow White and The Seven Dwarfs.

Invite your closest friends over for a classic Disney movie night and shock them with a surprise prop from their favorite childhood movie!

No matter if you grew up watching all the classic Disney films or if this is your first time experiencing it, there’s no better way to commemorate such an iconic anniversary than with these adorable collectibles.

Plus, you can even display them on your wall for all your friends to admire. 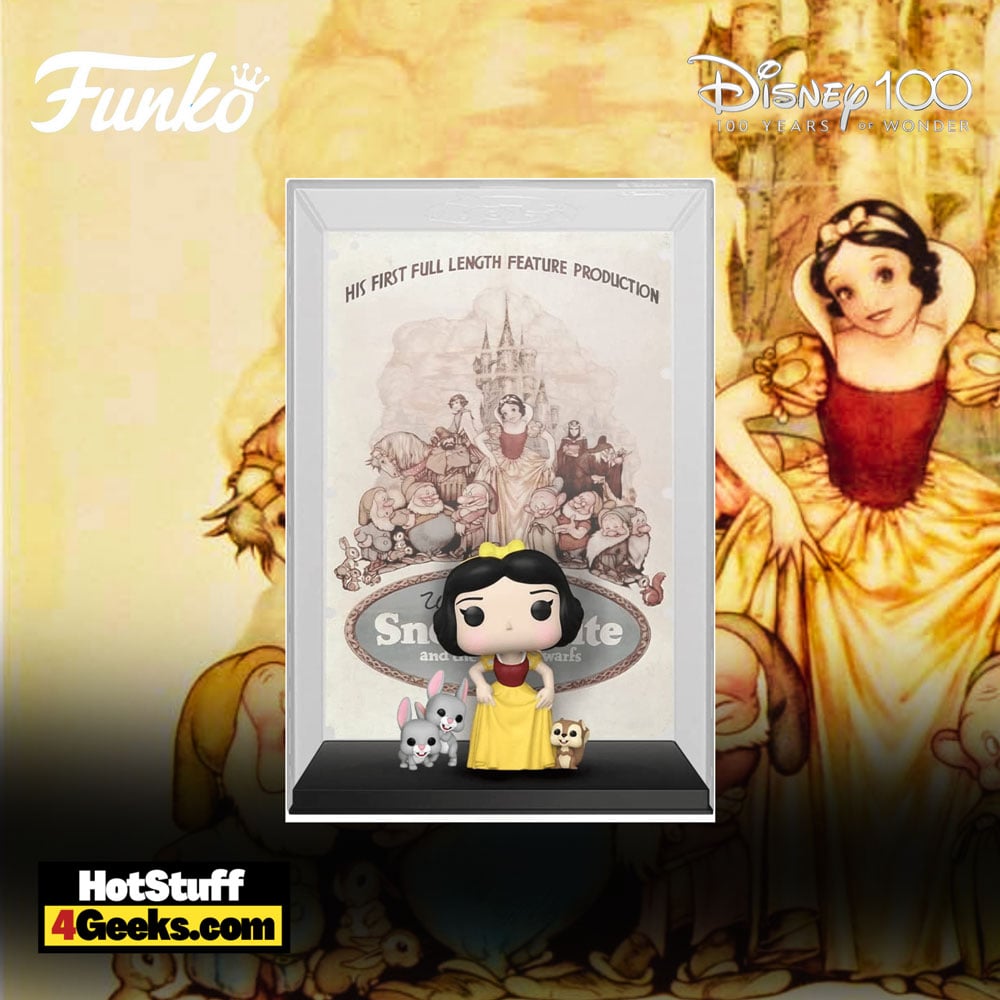 Snow White’s life with the woodland creatures is really something.

When they said Snow White and the seven dwarves, nobody should have been surprised that Snow White befriended more than just the dwarves.

With a heart of gold and an incredible capacity for kindness, everything she touched became her friend.

This included birds, deer, and other animals who helped keep her safe until Prince Charming showed up and fell madly in love with her at first sight (and can I blame him?).

Even then, they still found time to hang out together.

It seems Snow White could never get enough of cuddling with bunnies and squirrels, even if a prince wanted to whisk her away into happily ever after!