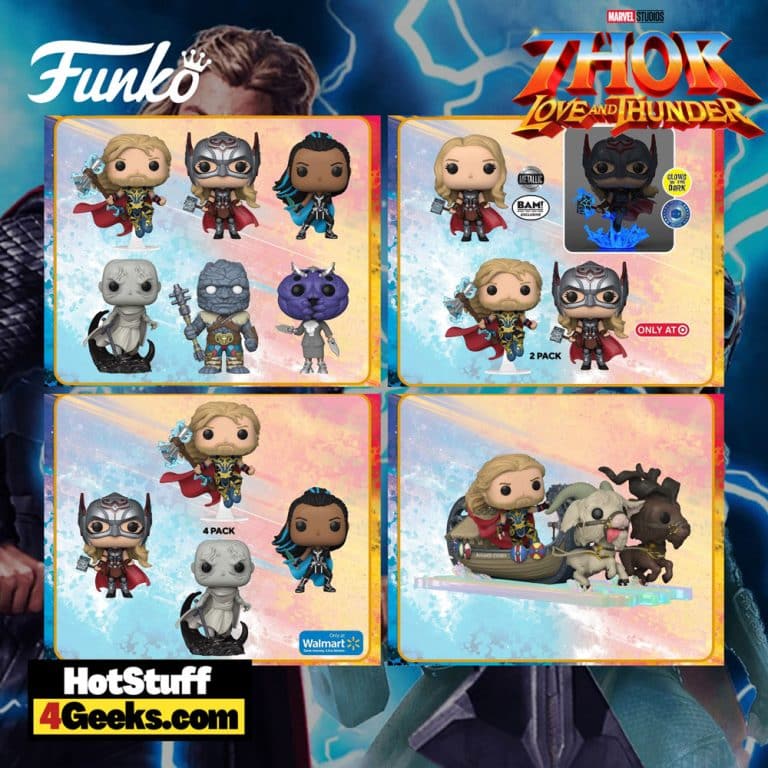 Today is the day that Funko has revealed the new line of Thor: Love And Thunder Pop! figures.

Officially announced by Marvel in 2019, Thor: Love and Thunder is one of the most anticipated films for fans of the MCU (Marvel Cinematic Universe).

Following the events of Avengers: Endgame, the film will take the God of Thunder into space once again in an epic adventure.

With the return of director Taika Waititi, the movie is responsible for following the legacy of one of the few survivors of the clash against Thanos.

Thor Love and Thunder Funko Pops are now available for pre-order at the links below (click to jump!) They’re expected to be released in August 2022. 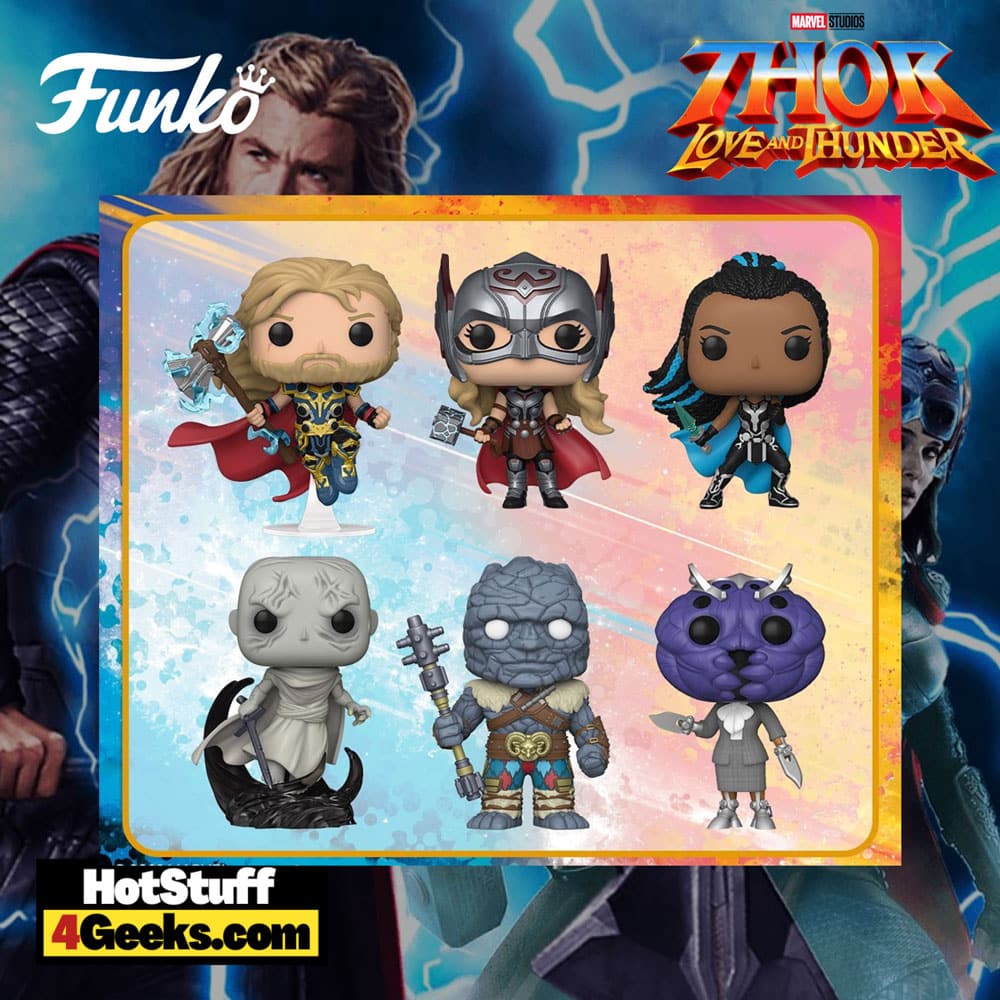 Love and Thunder will mark a new moment of renewal for Thor in the MCU. In Thor: Ragnarok, the hero lost his father, the hammer Mjölnir, the eye, and even the kingdom of Asgard.

After saving his people from destruction, the God of Thunder crossed the path of Thanos and his mission to gather the Infinity Stones. The clash, seen in Avengers: Infinity War, ended with a portion of his already diminished people murdered by the Mad Titan, including his brother Loki. 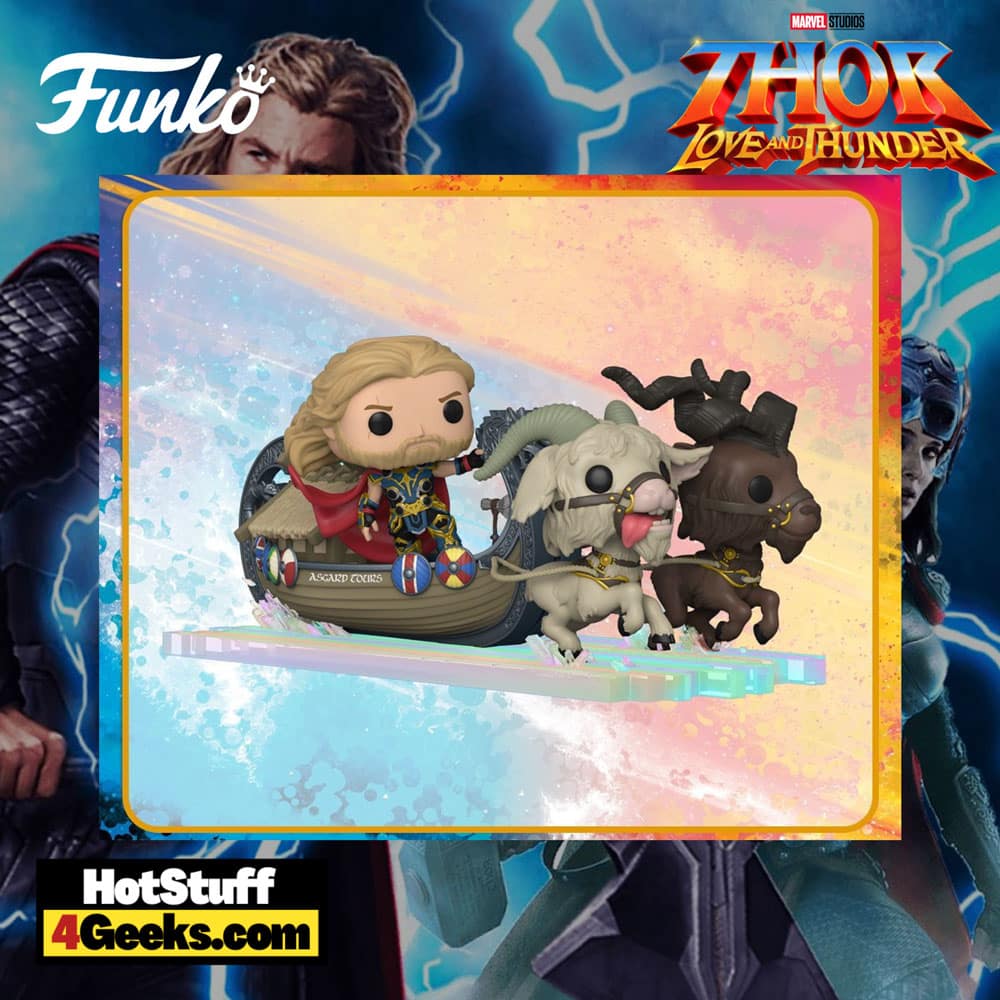 The conflict with the purple giant only ended in Avengers: Endgame, when what was left of the Asgardians settled in a city in Norway appropriately named New Asgard.

After saving the universe alongside the Avengers, Thor left for space with the Guardians of the Galaxy to enjoy the first period in hundreds of years where he “doesn’t have a plan.”

To take over his new home, he appointed the Valkyrie as the new king, taking the warrior’s leadership spirit into account. 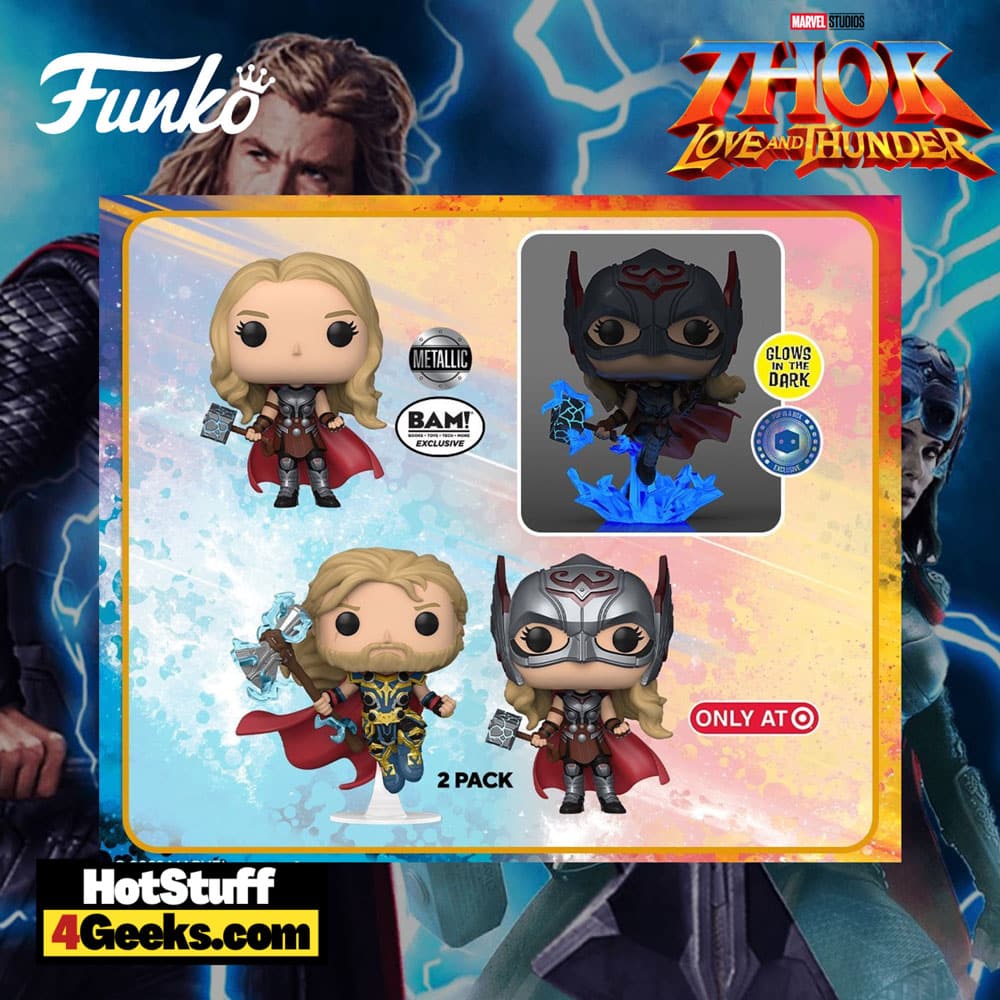 Considering that the movie will feature Jane Foster as the new Thor, the plot points to an adventure where the Son of Odin will question his role as God of Thunder.

Since the hero will be on a quest for adventure in space, he may encounter a threat too significant even for his powers. His last resort may be to take the fight home, where he will have the support of both his people and great allies like Valkyrie and Korg.

Since the story of Thor: Love and Thunder is still a secret, there are only a few hints as to which comic books the production might adapt. 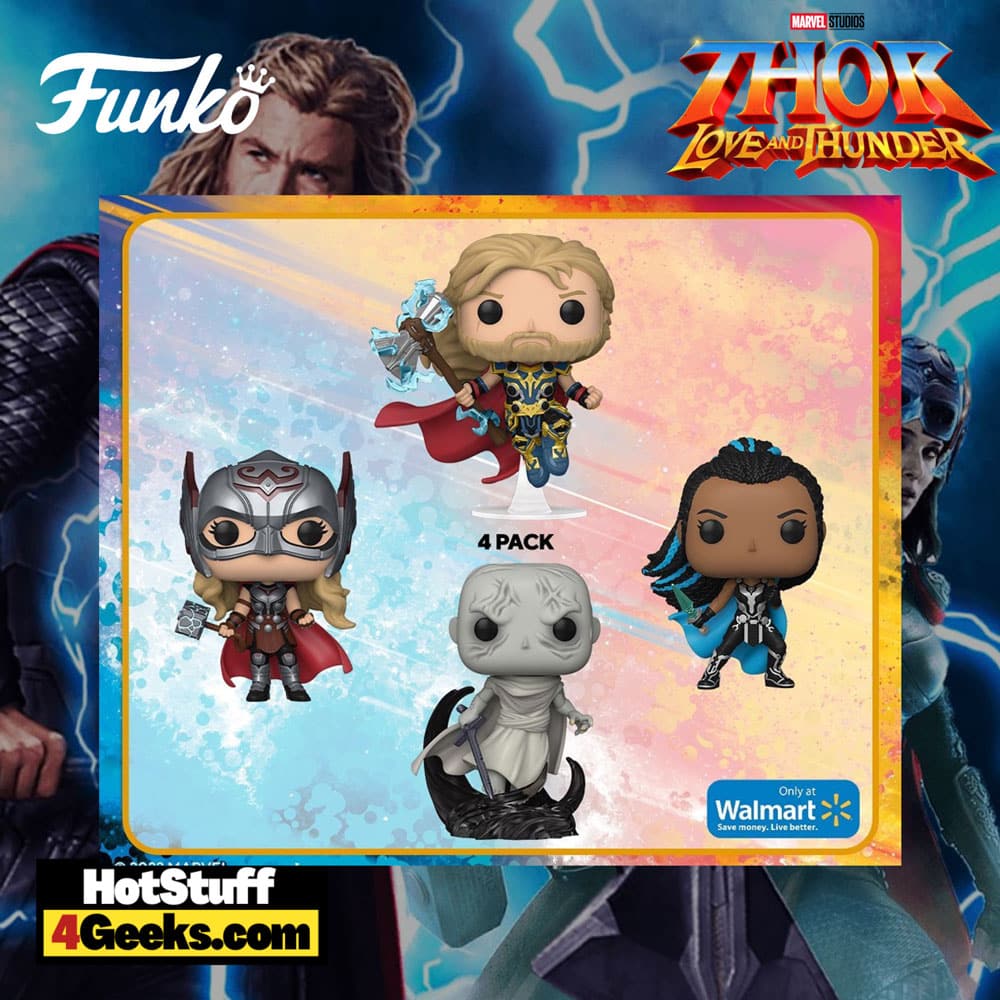 In the comics, Ragnarok has reduced Asgard to a small village over the state of Oklahoma. Upon discovering that his allies had been reincarnated as citizens of Earth, Thor sets out to find them all over the world, reactivating their memories and powers.

Considering that the location is in a similar stage in the movies, Valkyrie’s mission in the new film may be to recover lost Asgardians, just like in Reborn of the Gods. In Thor’s words, she is the perfect leader for her people.

During the film’s official announcement at SDCC 2019, Taika Waititi revealed Natalie Portman’s return to the role of Jane Foster.

The surprise became even more prominent when the director handed the Mjölnir to the actress who would become Thor in theaters.

In the comics, the scientist was given the title in 2014 after the Son of Odin became unworthy.

Summoned by the hammer, she went on to act as Goddess of Thunder to keep peace in the ten realms and preserve the legacy of her former love interest in the Mighty Thor comics.