This Wednesday (06), What If…? ended with an episode that connects all the strange universes presented throughout the series. Funko once again dipped into the show and gave us a new massive set of the What If…? Funko Pop! from the 9th episode.

In an act of desperation, the Watcher recruits the greatest heroes of the multiverse for a final chaotic and entertaining battle against the new Ultron. The result is a mind-blowing explosion of superpowers.

The new Funko Pop! Vinyl Figures from the What If…? series are now available for pre-order at the links below (click to jump!) Also, don’t forget to check more images of this collection right below.

Captain Carter, Star-Lord T’Challa, Doctor Strange Supreme, and the more charismatic variants introduced in this first season make their welcome return in the season finale, proving that their potential goes beyond one-off appearances.

Fortunately, the producers decided to abandon the movies’ molds and dared to use the basis of their own micro-multiverse to ponder the long-awaited final question, “What If… The Watcher Broke His Oath?” 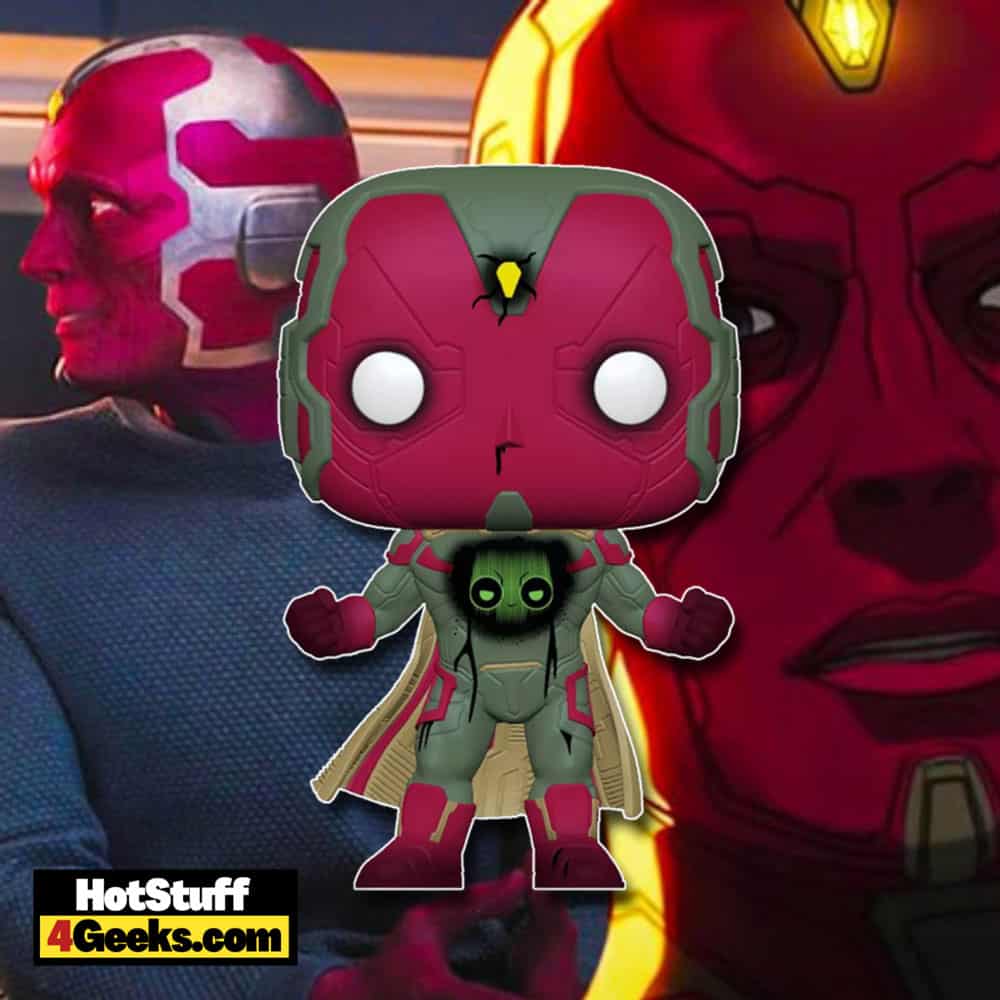 The decision breaks once and for all with the initial proposal of bringing an anthology that would just test new concepts, without much commitment to continuity, and positions What If…? as a curious piece to understand the future of Marvel’s Cinematic Universe.

After all, the script is not deep enough to shake up the studio’s formula, but it knows how to work characters in a captivating way like few other productions.

The members invited by Uatu to found the Guardians of the Multiverse had a little over half an hour to make the same impact that other heroes have achieved after an entire trilogy. It seems like an impossible mission in retrospect, which most of the characters accomplished with praise.

Seeing these heroes, who previously existed isolated in their own realities, cooperating to end Ultron’s threat brings a magical feeling, not unlike that brought about by The Avengers at the height of 2012. All the series setup has paid off, and the dynamics between the characters work very well.

It’s as if together, they fit like a glove, without the slightest effort! Captain Carter, for example, connects with Black Widow from the destroyed universe in a heartfelt way, even with little screen time, so that when we see the duo’s mutual trust in battle, it feels suitable and well constructed.

One way or another, all the variants show their true colors when Ultron appears to destroy the multiverse. Some in unexpected ways, like Doctor Strange Supreme, who turns his Tony Stark-like arrogance into fuel for impeccable leadership. Others follow as expected, such as the raw, dumb, seductive, and aimless power of Party Thor. 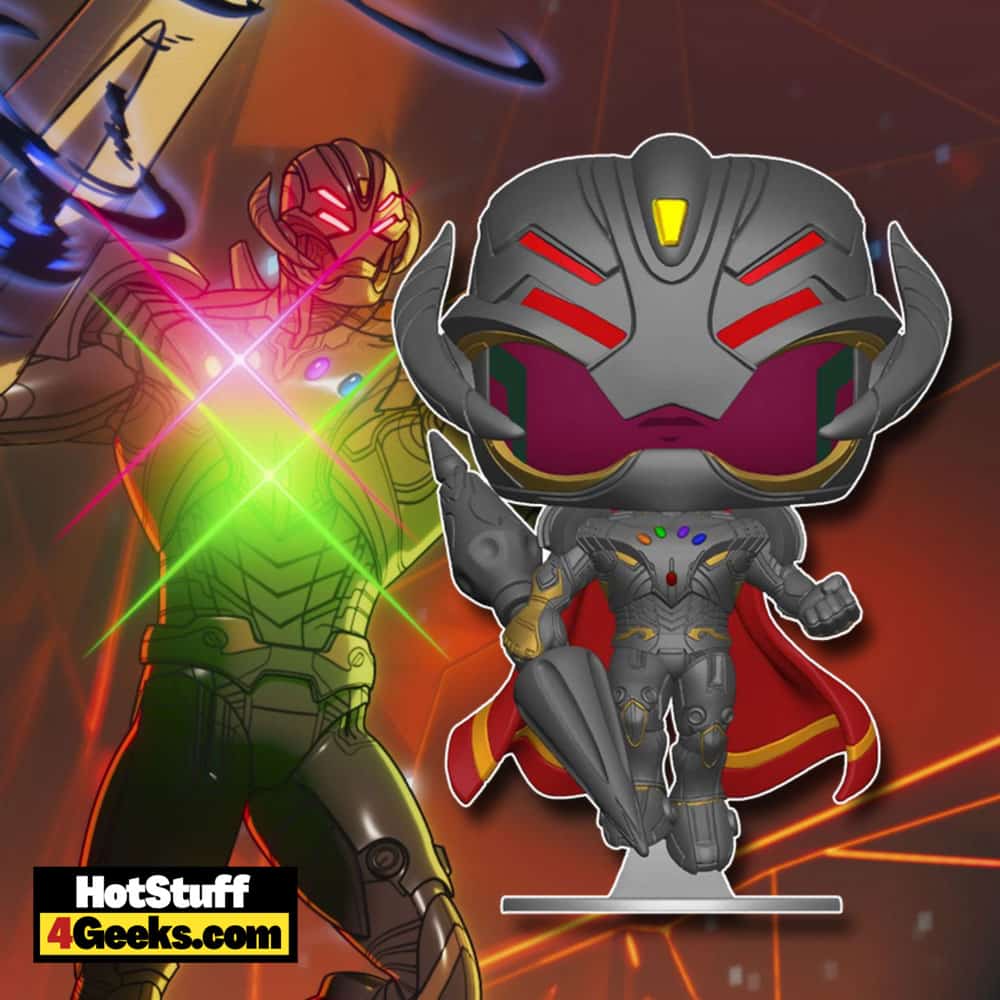 And visually, they star in one of Marvel Studios’ most beautiful battles, combining powers to overcome Ultron’s omnipotence. Whether it’s Carter’s double shield attack with Natasha or Stephen’s summoned demons, the heroes give it their all, and every slight advantage gained in combat seems more than earned.

But just as inevitable as Thanos in Avengers: Infinity War is the fact that someone would come out losing in this cast dance. And this time, the loser is Ultron himself, who, while still absurdly skilled with the Infinity Stones, is outclassed without much trouble by the Guardians at every turn.

He no longer seems like the menacing entity that swallowed galaxies from the previous episode but rather a punching bag with a powerful arsenal.

Another character who ended up forgotten was Killmonger, who already came from a divisive episode and remained in the shadows at the story’s climax.

There was a hasty attempt to villainize him that wasted the character’s potential in a pitiful way. What was supposed to be a great twist at the end proved so predictable that it failed to make any impact.

But even the villain’s meager participation was not as confusing as the surprise presence of the Titan Gamora in this final battle.

For some reason, she is summoned by the Watcher, having defeated the Thanos of his universe. But we never saw this power on the scene. Most likely, Gamora would have been the protagonist of her own episode, perhaps in an alternate world where the pandemic didn’t happen.

But, unfortunately, in our universe, what we got was the empty promise of a powerful heroine who had little room to develop.

Overall, the ninth and final episode of What If…? is just the climax of the story. It’s like watching only the third act of a movie: you get the most explosive scenes – the exciting battles and the deserved fate of the villain – but miss the humor, drama, and sensitivity that differentiate good stories from average ones. Without developing a narrative of its own, there is no reason to care anymore when the light show is over.

The other episodes of the series have held up in a fine balance of script and acting, while this grand conclusion is nothing more than a spectacle. It entertains, indeed. Entertaining enough, I’d say.

But it won’t stay in the memory for long. So What If…? ends as an intriguing experiment in the cradle of the multiverse, warming up the audience for the awaited insanity of Doctor Strange: Into the Multiverse of Madness.