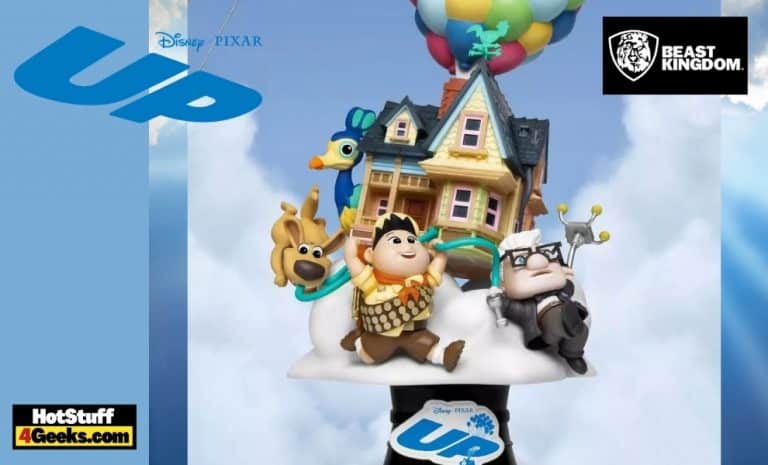 Beast Kingdom: Disney Up – Diorama Stage (DS-100) Statue celebrates one of the most famous scenes from Disney animated classics.

One of the tremendous artistic triumphs in the history of the Pixar animation studio is Up!, the story of 78-year-old Carl Fredricksen, who realizes his life’s dream by attaching thousands of balloons to his house and fly off to discover South America, with the unexpected company of an 8-year-old boy named Russell.

In the Beast Kingdom, D-Stage-100, the miraculous flying house is recreated in all its balloon glory. Soar above the skies, with Carl, Dug, Russell, and even the crazy bird Kevin as they seek a new place for Carl’s home.

Perching on top of an actual cloud, Carl’s house is hoisted by hundreds of balloons, all recreated in the diorama. Using the very best in manufacturing and painting techniques, the Up statue is a throwback to one of Pixar’s most heartwarming stories! The plastic statue measures about 6-inches tall and comes packaged in a transparent color box.

Disney Up – Diorama Stage (DS-100) Statue from the Beast Kingdom is priced at $39.99. Pre-orders are already live and can be found at the links below. Its release is scheduled for January 2022. 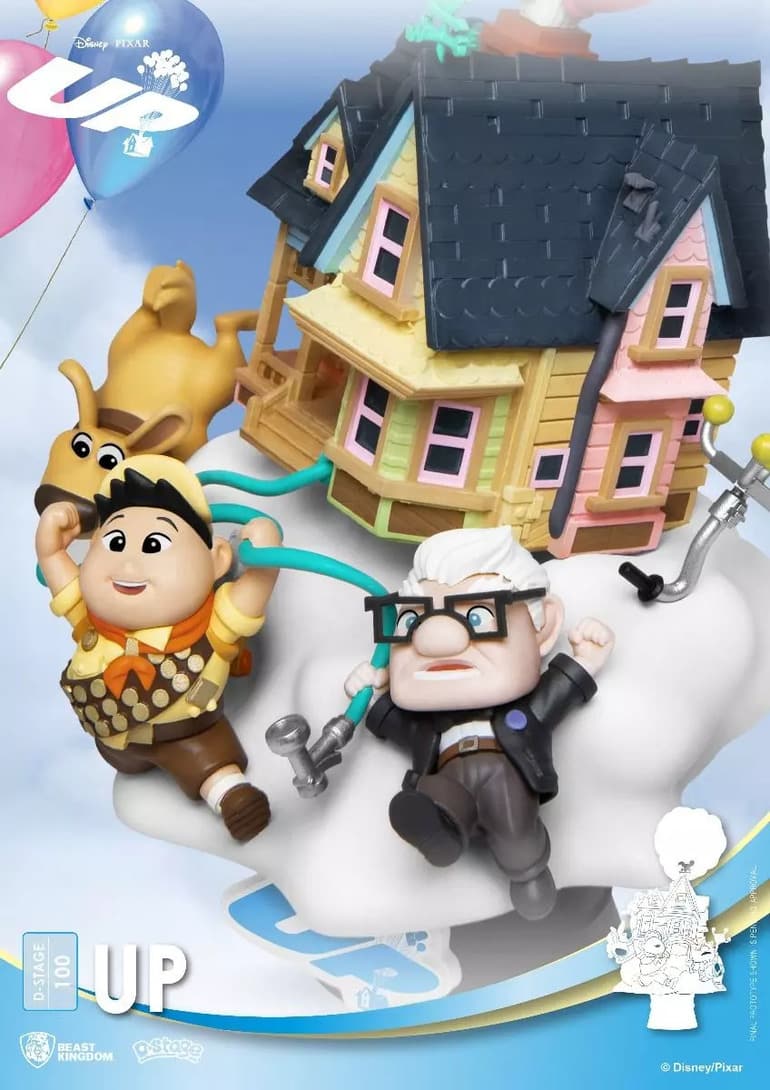 In September 2009, Up, a Pixar animation directed by Pete Docter and Bob Peterson hit theaters. The film is based on Carl Fredricksen, a 78-year-old balloon salesman who is on the verge of losing the house he has built and in which he has always lived with his late wife, Ellie.

In a fit of rage against those trying to take his house, Carl is considered a public menace and is forced to be institutionalized. To prevent this from happening, he has the idea of traveling to South America – a place that Ellie and Carl have always wanted to visit – using an unconventional means of transportation: his own house, which takes off with the help of several balloons. What Carl didn’t expect, however, was to take Russell, an 8-year-old boy scout, on this trip.

And so begins the adventure that brought children, teenagers, and adults to laughter and tears ten years ago. With memorable scenes – such as the montage at the very beginning of the film, which shows Ellie and Carl’s journey from the moment they meet until she dies – Up presents itself as a film capable of encouraging reflection on several themes without having to resort to dramatic tone.

It discusses the difficulty of relearning to be alone after a lifetime divided with someone; the possibility of a strong friendship between two people, at first, so different; and the importance of pursuing the fulfillment of dreams, even if it seems too late for that.