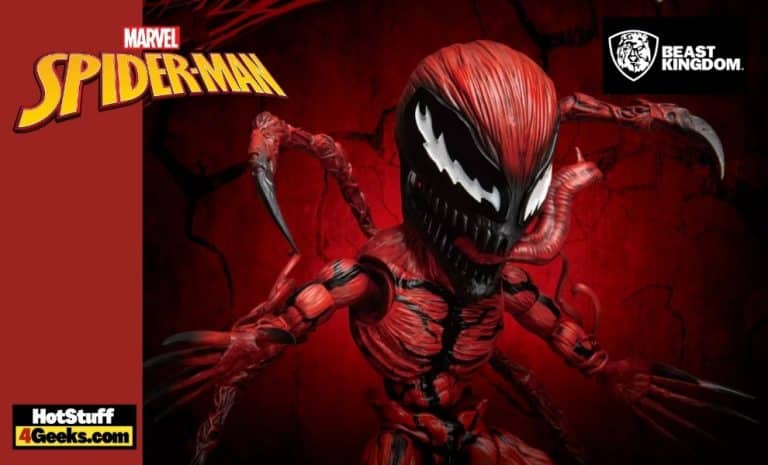 The supervillain Carnage is on the loose. Beast Kingdom: Marvel Comics Carnage EAA-143 Action Figure has just been unveiled!

We can say that Carnage is the closest thing Spider-Man’s gallery of enemies has to a Joker, at least on the level of madness and sheer absence of feelings. Most of the arachnid’s enemies have some kind of redeeming quality or tragic origin except for Carnage. This one is a force of nature that lives to kill, destroy and spread chaos. He just wants to see the world burn.

Let there be carnage! The EAA series of 6-inch, highly articulated action figures from the Beast Kingdom takes on the villain Carnage in all his wild glory! Bringing to life the intricate details of the character with the red and black accents, the figure also takes influence from the original comic designs with a lot of added accessories and effects. Weapons and symbiotic effects allow collectors to pose the figure in any way they choose!

To complete the set, fans can choose between a fully maniacal Carnage head sculpt with replaceable eyes, ready for any of his changeable moods, or an equally crazed Cletus Kasady, in the midst of transformation. So naturally, fans of the Spider-verse would be as crazy as Carnage to miss out on this classic Marvel villain.

Beast Kingdom: Marvel Comics Carnage EAA-143 Action Figure is now available for pre-order at the links below. It’s priced at $94.99 and is expected to be released in April 2022. 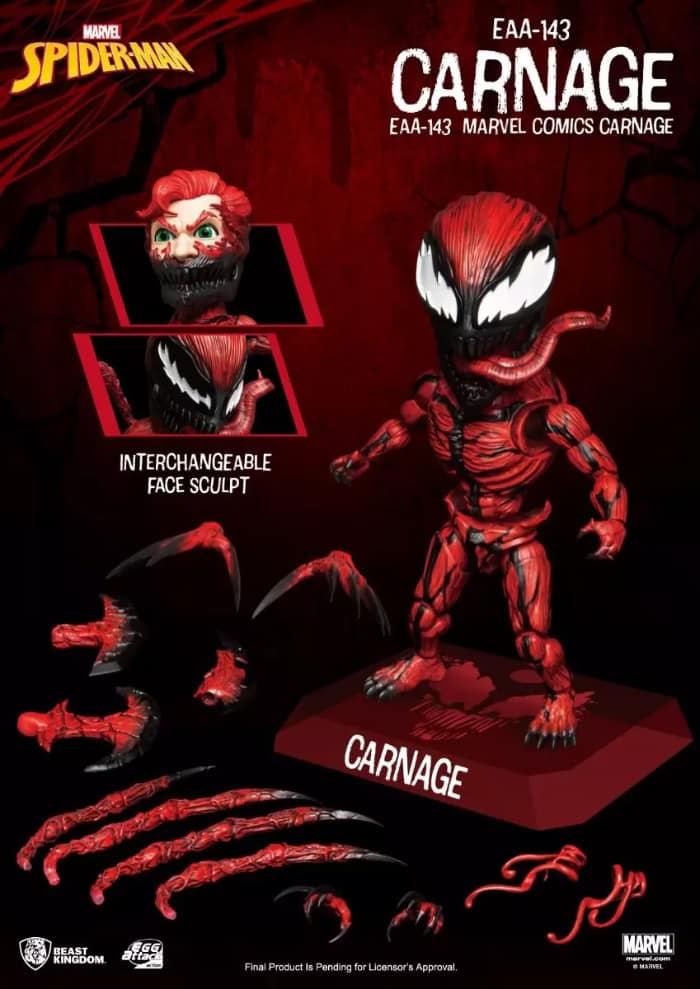 The character has appeared in Spider-Man: The Animated Series, the classic animated series from the 1990s, where he became a formidable foe for the Neighborhood Guy.

He has also been in the recent Ultimate Spider-Man and made an almost unnoticeable special appearance in The Spectacular Spider-Man, a series that aired from 2008 to 2009. 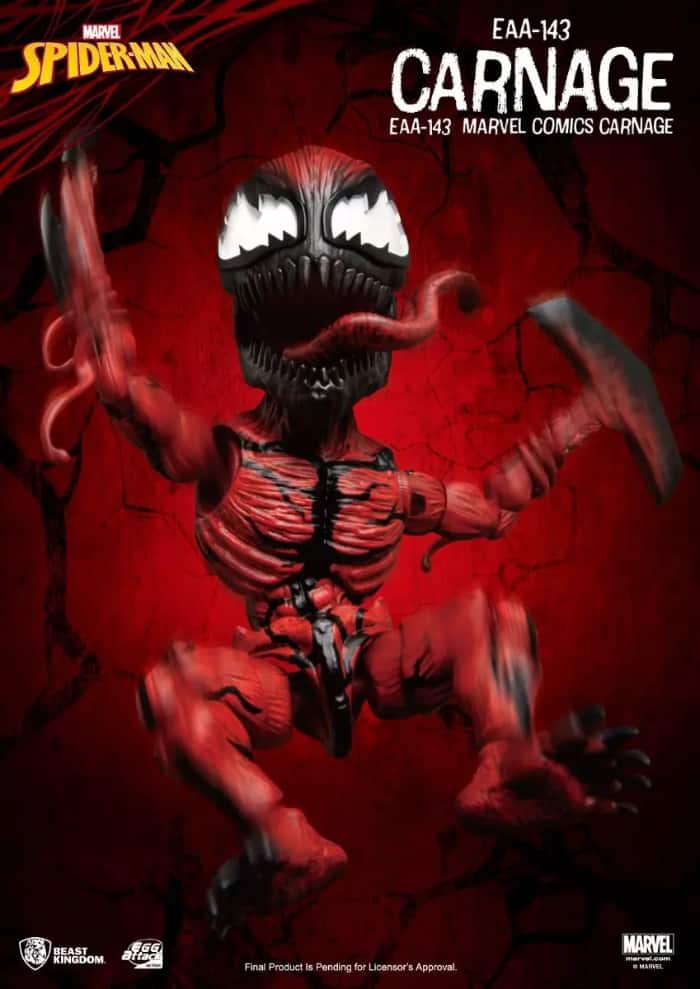 And now Sony Pictures has unveiled the first trailer for Venom: Let There Be Carnage.

The return of Tom Hardy as Venom will be marked by the arrival of another well-known figure from the world of Marvel Comics, Carnage, also known as Cletus Kasady, who comes to life through Woody Harrelson.

Directed by Andy Serkis, Venom: Let There Be Carnage is another foray into the world of Marvel Comics in the universe that Sony Pictures is creating with the Spider-Man characters.

This is the most anticipated 2021 movie release. After all, it will show the clash between two iconic villains from Marvel comics: Venom (Tom Hardy) and Carnage (Woody Harrelson). 2018’s Venom featured Harrelson in the post-credits scenes as serial killer Cletus Kasady, Carnage’s human host.

To the delight of fans, the first trailer for the sequel revealed the villain’s full look for the first time.

In Venom: Let There Be Carnage, the relationship between Eddie and Venom (Tom Hardy) is evolving. Searching for the best way to deal with the inevitable symbiosis, these two discover how to live together and somehow become better together than apart.

Yet, the two will have to face a disturbing threat from another symbiote.