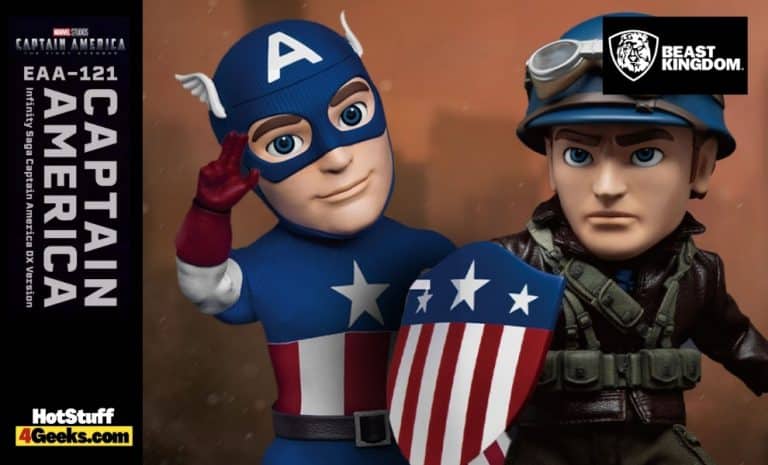 The most patriotic hero of all time is already a veteran. Between adventures in wars, espionage investigations, interplanetary confrontations, and duels with other superheroes, Captain America has just turned 80. He was born in the comics and has also taken shape in cartoons, video games, and movies, remaining popular today.

The Rescue Uniform uses real material for the Jacket and pants and a dedicated head sculpt with a helmet, so you can pose Cap saving the day. His classic costume is also made from cloth and includes a head sculpt with signature wings that epitomize his look.

Fans of the first Avenger will not want to miss out on this amazing figure that captures a time before the worldwide phenomenon began.

The Deluxe Egg Attack Action Captain America Figure from Beast Kingdom is priced at $119.99. He is set to release between March 2022, and pre-orders are live and located at the links below. 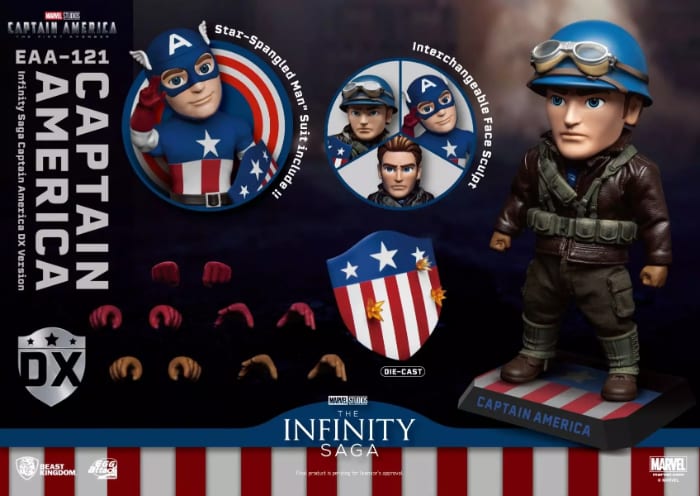 Few comic book heroes carry a legacy as celebrated as Captain America. Created during the grim aftermath of World War II, super-soldier Steve Rogers has remained relevant even after the conflict in the real world, walking a beautiful journey that officially turns 80 years old in March 2021.

It’s no secret that Captain America was created around World War II, especially since the cover of his first comic book shows the hero punching the face of that little guy with the mustache that I won’t name.

What goes unnoticed by some is that Marvel only came into existence in the early 1960s, which means that Captain America came before the Marvel Universe.

Let me explain: that classic story of young Steve Rogers who joins the army, gains powers with the super-soldier serum, and goes to war, was written and drawn by Joe Simon and Jack Kirby and released by Timely, the publishing house that a couple of decades later would be renamed Marvel Comics. 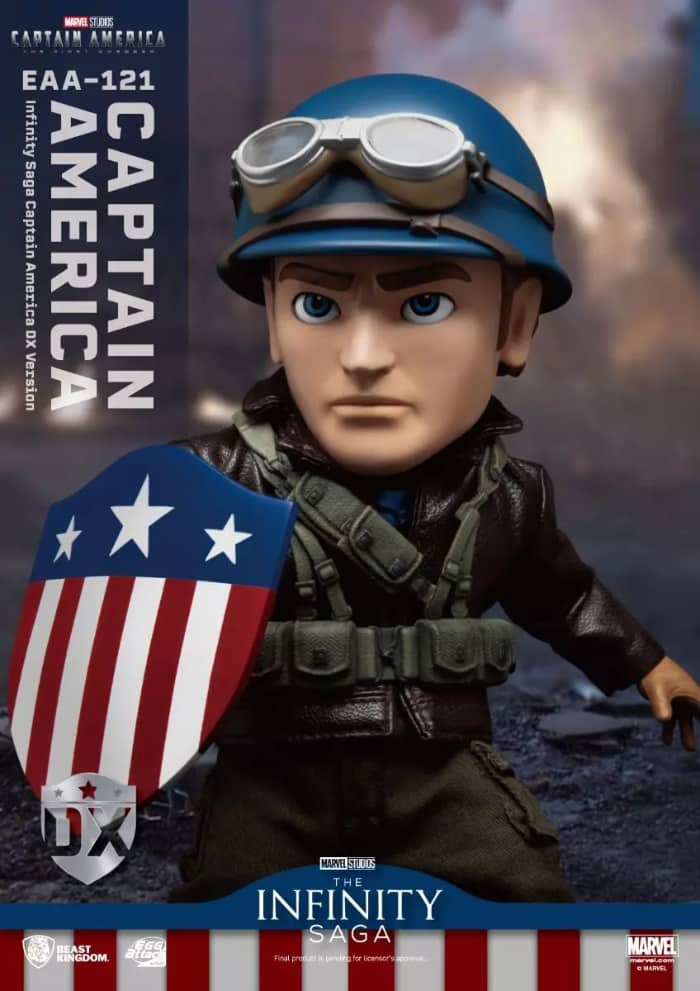 In 1964, when the Marvel Universe was already proving to be a success thanks to Fantastic Four and X-Men, the duo Stan Lee and Jack Kirby decided to revive Captain America in the pages of Avengers issue #4.

In the story, Steve Rogers’s frozen body is revered by a tribe of Inuit. Unaware that it is his former battle comrade, Namor throws the body into the sea, which eventually unfreezes the soldier.

A short time later, Steve is rescued by the Avengers, a team then made up of Iron Man, Thor, Ant-Man, and the Wasp. After remembering his history, defeating the other heroes in combat, and even fighting Namor and his army, Steve joins the Avengers and begins a partnership that continues to this day.

This reintroduction was necessary for rescuing the character, so important in the Golden Age, for a new phase of the superhero comics that continues to evolve.