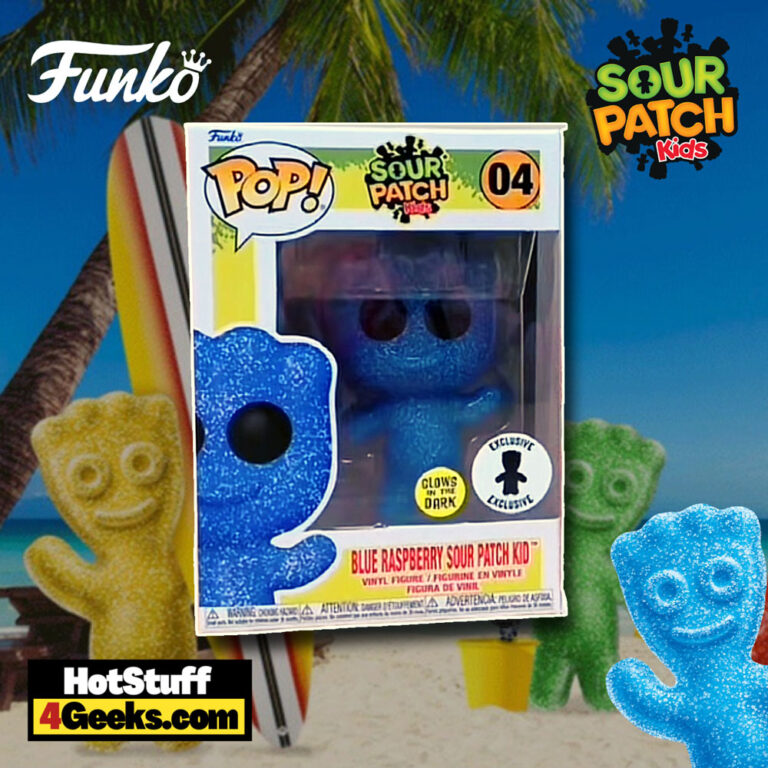 If you’re a fan of Sour Patch Kids, then you know that blue is the best flavor. There’s just something about the perfect balance of sour and sweet that makes blue the ideal candy.

This little guy is the ultimate addition for anyone who loves Sour Patch Kids or, for that matter, anyone who simply loves collecting Funko Pops.

Our favorite candy character comes with his signature big blue eyes and sweet smile, and its bright blue color is even more eye-catching in the dark!

Sour Patch Kids are those little sugar-coated gummies that seem to exist solely to turn your mouth inside out.

According to the official website, they’re “mishaps” who “have a serious case of the sour kicks.”

In other words, Sour Patch Kids are those little mischievous gummies that always seem to be up to no good.

But despite their mischievous ways, we can’t help but love them.

After all, there’s nothing quite like the feeling of biting into a sour gummy and getting that sweet sugar rush.

If you’re familiar with Sour Patch Kids, then you know that they come in various flavors.

But have you ever wondered what blue raspberry Sour Patch Kids taste like?

Well, the answer may surprise you. Blue raspberry is actually a mix of two different flavors: blueberry and raspberry.

And when these two flavors are combined, they create a uniquely sour and sweet taste.