The quest for the Targaryen legacy is heating up, and there’s no one more suited to the task than Prince Daemon. He’s got a dragon egg in hand, and he’s ready to do whatever it takes to defend his dynasty.

But he’s not the only one after the prize. There are others who would see the Targaryens fall, and they’ll stop at nothing to achieve their goal.

The spin-off of  Game of Thrones brings new characters into a war between the Targaryen dynasty.

The House of The Dragon series is based on the book Fire & Blood by George R. R. Martin, which shows the times when the Targaryen House ruled all of Westeros.

Among the prominent characters in the story is Daemon Targaryen, who will enter the Targaryen brothers’ war for the Iron Throne.

Daemon Targaryen was known for his arrogance and callousness throughout his life. He was constantly making enemies and was unapologetic about his misdeeds.

He often made jokes about his enemies and their misfortune. Daemon once joked that he “killed more men than the plague.”

Given his reputation, it’s no surprise that Daemon is considered one of the biggest villains in the history of the Targaryen house.

Daemon Targaryen With Dragon Egg Funko Pop! is now available for order at the links below (click to jump!) 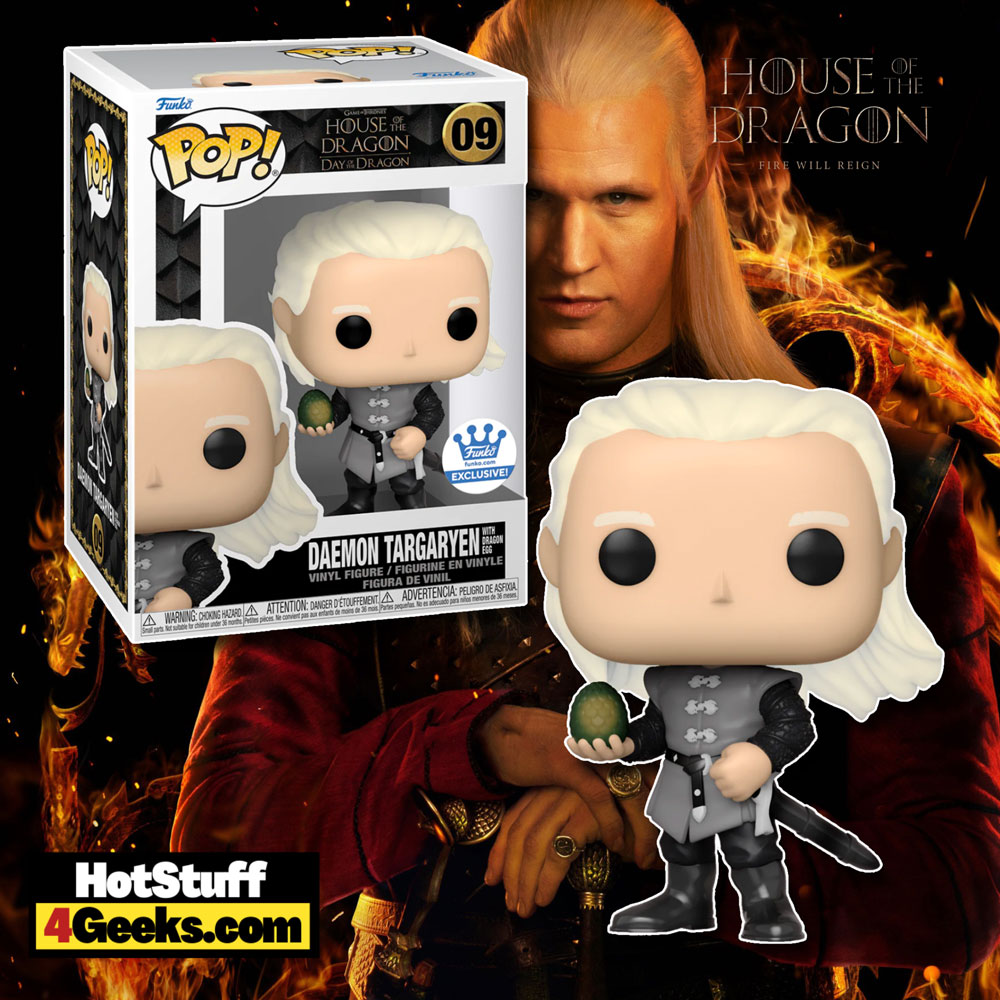 Besides Daemon, Baelon had two sons, Viserys, who would later succeed his grandfather King Jaehaerys I, on the Iron Throne, and the youngest, Aegon.

At 16, Daemon was elected a knight and received the Black Sister sword from King Jaehaerys I.

Mischievous, unpredictable, and involved in the most various confusions, Daemon collected adventures and enemies wherever he went.

Even with all the confusion that accompanied him, Daemon was the greatest warrior of his time.

One of Daemon’s most significant achievements is during The Dance of the Dragons, a civil war between the two heirs of King Viserys.

But with the death of the king, who ended up being crowned was his youngest son Aegon. Thus begins one of the greatest battles involving the most powerful family.

Daemon’s alliance is with princess Rhaenyra Targaryen, whom he marries.

Daemon was the best warrior during the conflict and battled hard to win the throne for Rhaenyra and himself.

The chosen character in House of The Dragon is Matt Smith, known for his role as Prince Philip in ‘The Crow.’

Check out more House of The Dragons pops here.