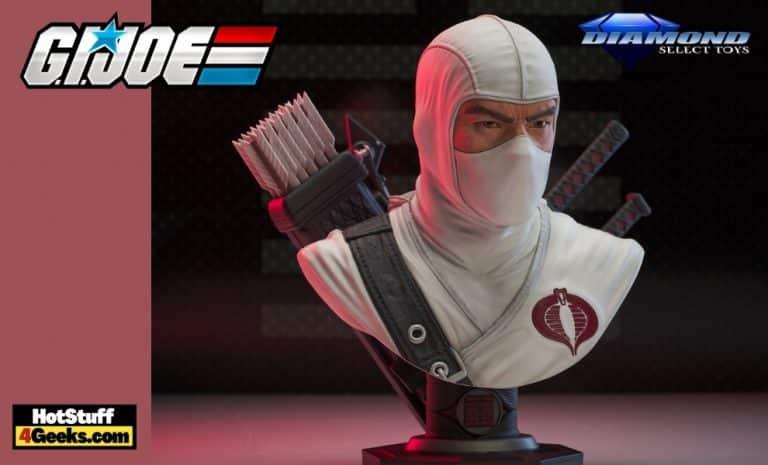 And because honor demanded it, Diamond Select just launched the first-ever G.I. Joe Legends in a 3D bust, and it’s of Cobra’s resident ninja, Storm Shadow!

The G.I. Joe movie franchise, based on Hasbro’s popular toys, may not have been a success in theaters, but that should change with G.I. Joe Origins: Snake Eyes, which will show the origin of the beloved masked ninja, played by Henry Golding.

In G.I. Joe Origins: Snake Eyes, we will see the story of the warrior, a member of the Arashikage clan, a group known for their efficiency and ability to complete missions without a trace.

Discreet, mysterious, and an excellent fighter, the ninja Snake Eyes will have to face Storm Shadow, a ninja who was once considered a brother by the protagonist but who is now his mortal enemy.

This Diamond Select revealed a G.I. Joe – Storm Shadow Legends in 3-Dimensions Bust is a half-scale bust that captures the sword-wielding villain in his trademark white outfit, complete with swords, arrows, throwing stars, and more, and sits atop a sword-hilt pedestal.

Limited to only 1,000 pieces, it comes packaged in a full-color window box with a numbered certificate of authenticity.

G.I. Joe Legends in 3D Storm Shadow 1:2 Scale Bust is now available for purchase at the links below. This figure is priced at $179.99, and it’s expected to be released in October 2021. 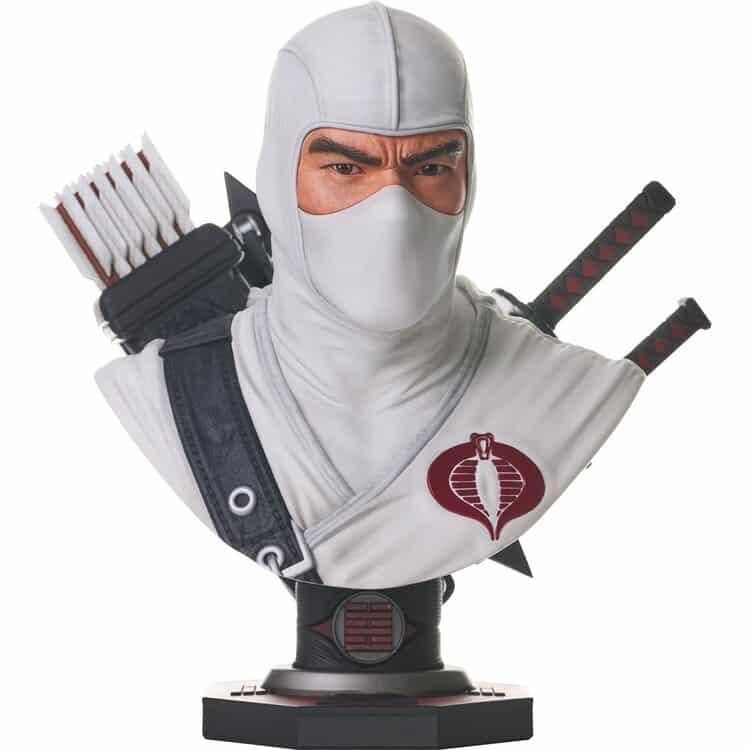 Paramount Pictures and Hasbro announced a new movie set in the G.I. Joe universe. The film in question is G.I. Joe Origins: Snake Eyes, focusing entirely on the silent ninja shown in the first two films.

Andrew Koji has been hired to live Storm Shadow, the white ninja here-enemy of Snake Eyes. The same master trained the two, but while one followed the path of justice, the other has turned to evil and works for the terrorist organization Cobra.

Like Snake Eyes, Storm Shadow also appears in the previous films in the series, being played by actor Byung-Hun Lee.

A new trailer has been released, and even though it is short, it shows several fast-paced, action-packed scenes from the movie that premieres on July 23rd of this year.

In the film, Henry Golding appears as the protagonist, a ninja whose skills with a katana are unmatched.

Although Snake Eyes is known as a character who lives inside his helmet, which functions as his trademark image, the new film takes advantage of Henry Golding’s image, featuring several scenes in which he does not wear the mask.