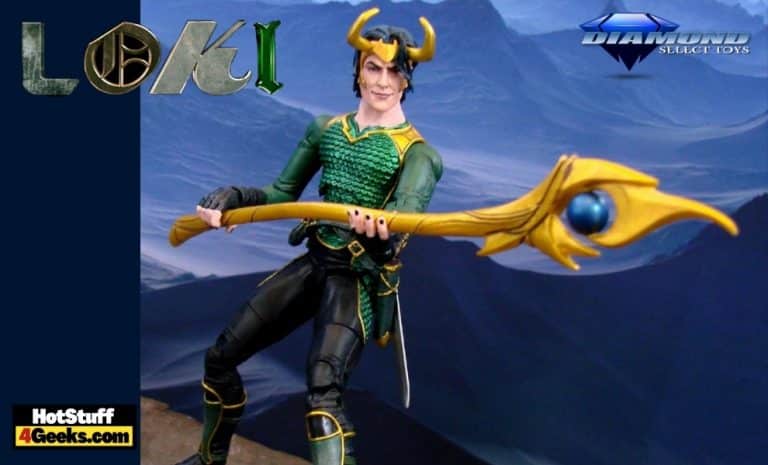 An adopted son of Odin, the wise king of Asgard, and raised as a brother to Thor, the heroic god of thunder. It was to be expected that with such a family, Loki would be equally noble and honorable. However, villains arise even in the best of families!

Measuring 7 inches tall, this comic-based Marvel Select action figure of Loki depicts him in his modern-day outfit and features a removable coat with interchangeable arms. He can carry a sword or his scepter, and a dagger fits into the sheath on his belt. It features 16 points of articulation.

As a bonus, the figure includes a 5-inch, non-poseable figurine of Kid Loki, a younger incarnation of Loki that took his place in the comics for a large part of the last decade. Both figures were hand-sculpted by Jean St. Jean based on designs by Eamon O’Donoghue.

Marvel Select: Loki Special Collector Edition Action Figure Set by Diamond Select Toys, exclusive to Disney Shop, is now available for purchase at the links below. This set is priced at $29.99. 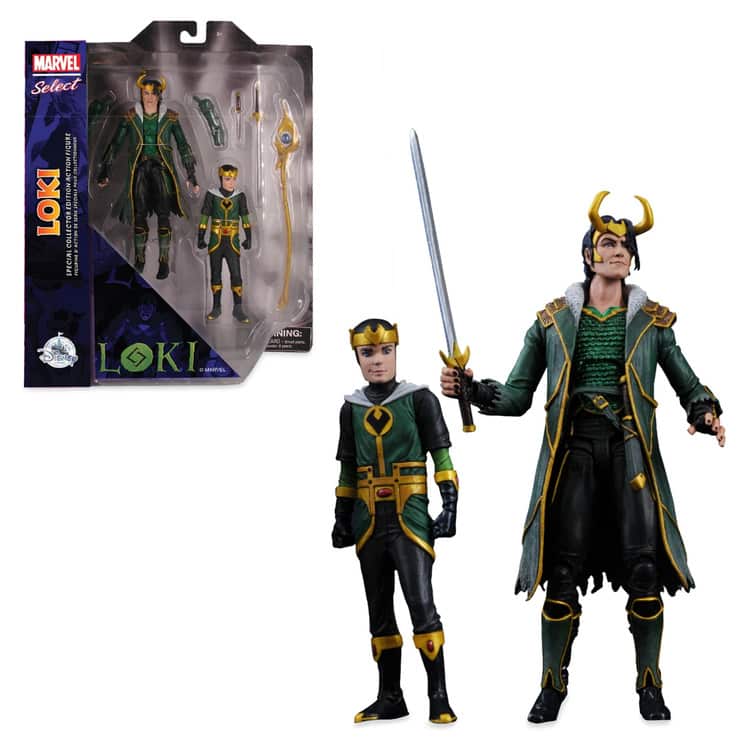 Since he first appeared in October 1965 in Journey into Mistery #85, Loki has become one of the most recurring villains in Marvel Comics. The character has changed a lot over the decades, and among his significant evolutions is the one that happened with his development into the Marvel Cinematic Universe (MCU). Since then, he has become an anti-hero and even played the part of a good guy.

His popularity has grown so much that he is now a frequent guest star, thanks to Tom Hiddleston’s charm and charisma. This led to his own solo series, which will debut on Disney+.

Disney+ is bringing in a spectacular tide of Marvel Cinematic Universe series. After WandaVision and The Falcon and the Winter Soldier, we still have a highly anticipated launch with the Loki solo series, which will explore an “alternate version” of the villain traveling through realities and trying to fix temporal problems.

Marvel Studios and Disney have already released the official trailer for the series, which keeps the mysteries high and even gives some hints of what we can expect in the production. The series is scheduled to hit streaming on June 11.