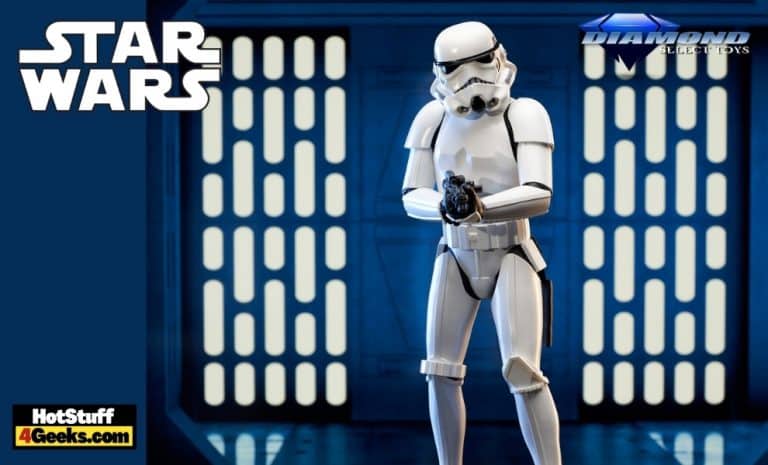 Diamond Select just launched the new Stormtrooper Milestone 1:6 scale Statue based on their appearance in Star Wars: A New Hope.

Anyone who has followed all the movies in the Star Wars franchise – from Episode IV – A New Hope, to the most recent Episode IX – The Rise of Skywalker – has always been able to check out the iconic Stormtroopers, the army that fought for the Empire alongside Darth Vader and Palpatine, and then for the First Order under Kylo Ren and Snoke.

Two main features have always caught the public’s attention, the first being the soldiers’ aimlessness, who never hit their shots. The second is the imposing armor they always wore.

Limited to only 1,000 pieces, it comes packaged in a full-color box with a numbered certificate of authenticity.

Star Wars: A New Hope – Stormtrooper Milestone Statue by Diamond Select is now available for purchase at the links below. This figure is priced at $224.99, and it’s expected to be released in October 2021. 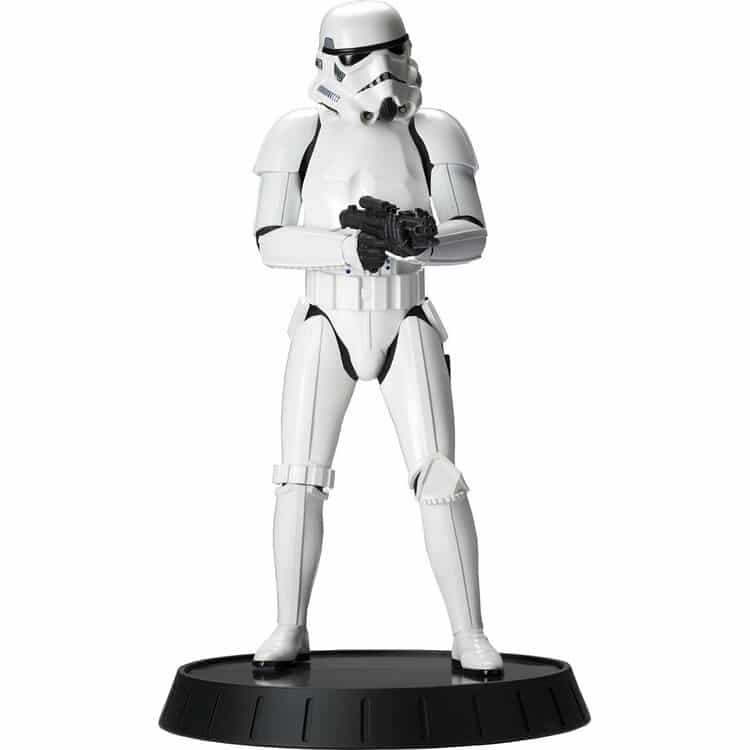 The Stormtroopers are the evolution of the old Clone Troopers from the Clone Wars and are superior to them in everything. Their armor is tougher and better equipped and their weapons are superior. Even their devotion is more solid than that of the clone troopers.

Despite their clone status, they had more freedom and individuality than the Stormtroopers, something strictly forbidden in the Imperial infantry. And this makes the Empire’s soldiers even more dangerous and willing to do anything to accomplish their mission.

The Stormtroopers’ suit was made to the highest standards of the Empire, able to protect its wearer from a wide variety of climates and hostile environments, which even included outer space. Yes, a Stormtrooper could survive in the vacuum of space, at least for a while.

The Stormtroopers’ white armor can not only withstand shots from certain types of blasters but absorb their impact. A Stormtrooper hit by a blaster shot may even fall and be incapacitated, but he is unlikely to die. When it comes to mobility and durability, few things in the Star Wars universe are better than a Stormtrooper’s armor.

Several famous actors have had the opportunity to wear the white armor in the movies, and although they don’t show their faces or have their names credited, they were there.

In Episode VII – The Force Awakens, Daniel Craig wore the armor where Rey controls a Stormtrooper’s mind to free herself. Actor and screenwriter Kevin Smith, Rogue One composer Michael Giacchino, and Radiohead musician Nigel Goldrich were also First Order Stormtroopers in the movies.

Even British Prince William and Harry donned the armor in a scene from The Last Jedi, which was cut short due to their tall stature.