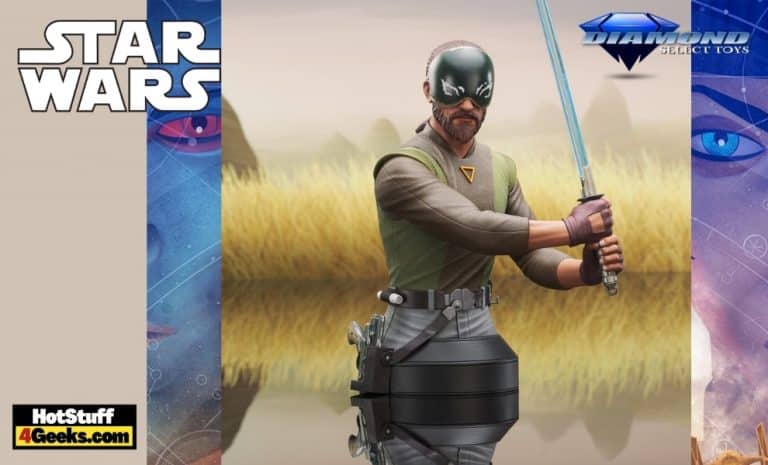 More than a decade after the fall of the Republic and the Jedi, a group of rebels unite on a spaceship called the Ghost to carry out missions attempting to stop the advance of the evil Empire across the galaxy.

One of these Jedi Knights is Kanan Jarrus, who leads the crew of the Ghostship, which includes pilot Hera Syndulla, droid Chopper, muscular Lasat “Zeb,” Padawan Ezra Bridger, and weapons expert Sabine Wren.

Without a doubt, Kanan Jarrus became a respectable Jedi for the fandom. His evolution throughout the Star Wars: Rebels seasons was one of the best that the first Star Wars animated series under Disney’s command gave to us.

His growth in the force and wisdom after the battle of Malachor elevated his quality as Ezra’s master and undoubtedly played a pivotal role in his apprentice’s final act in the series finale.

Featuring interchangeable helmeted and unhelmeted heads, this Star Wars: Rebels – Kanan Jarrus detailed mini-bust is limited to only 2,000 pieces and comes packaged in a full-color box.

Star Wars Rebels Kanan Jarrus 1:6 Scale Bust is now available for purchase at the links below. This figure is priced at $109.99, and it’s expected to be released in October 2021. 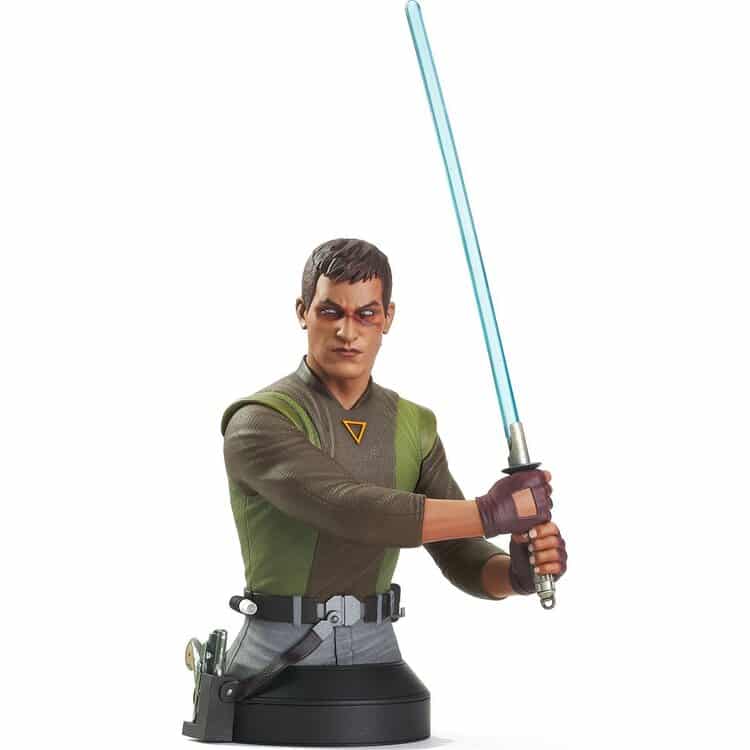 Kanan’s death was somewhat inevitable. As the second season of Rebels approached the grand finale, the series took on an unsettling tone.

It was clear that anything could happen to any of the characters who traveled to Malachor. And whatever happened on the Sith planet would leave everyone involved in the finale with their lives forever altered.

The problem is that killing Kanan would leave Ezra without a mentor for the rest of the series, derailing his development as a Jedi and making him easy prey for Maul. While Kanan’s death may have been emotional, blinding the character was even more powerful in presenting him with a new challenge to overcome.

What could have been a premature end for Kanan became one of his defining moments, and the loss of his sight ultimately pushed him to become a wiser Jedi than before.

By sacrificing himself in the final season, Kanan’s selfless act ended up helping Ezra learn his master’s ultimate lesson: letting go, something every Jedi must find a way to do.

The alternate outcome for him served the character in a much stronger way and didn’t detract from the climactic confrontation between Ahsoka and Vader.