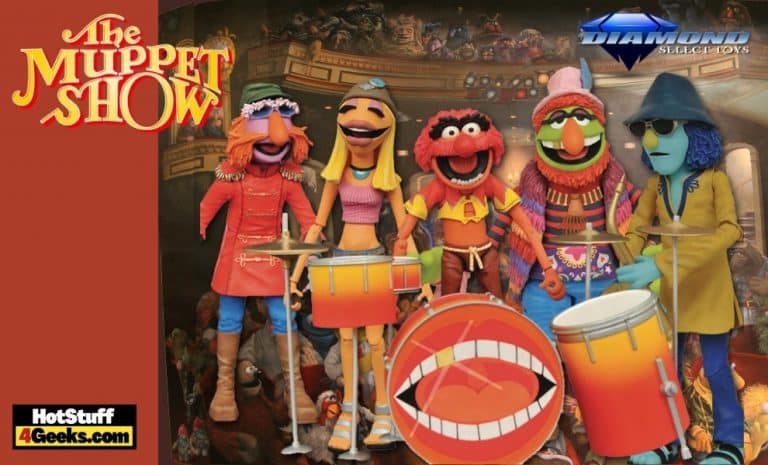 It’s time to play the music! Series 3 of the Best of the Muppets action figures FROM Diamond Select Toys features none other than the Electric Mayhem band!

Forget Paul McCartney, Lou Reed, or Quincy Jones… If there is a band that goes through the four corners of music, always recording with the most influential artists in the world, without distinction of styles, this band is The Electric Mayhem, formed by Muppets characters.

Rock, Hip Hop, Funk, and Electronic Music, the band are everywhere! And let’s face it, they always make the music better. Time to pay homage to the Muppets!

Dr. Teeth with Zoot, Floyd with Janice, and Animal with his drum kit make up the three packs in this series, and each figure features their instrument as well as multiple points of articulation. Sculpted by Gentle Giant Studios, each figure or figure pair comes packaged in a full-color window box:

The Diamond Select Toys: Muppets Best of Series 3 is priced at $22.99 each 2-pack. Pre-orders are already live and can be found at the links below. Its release is scheduled for August 2021. 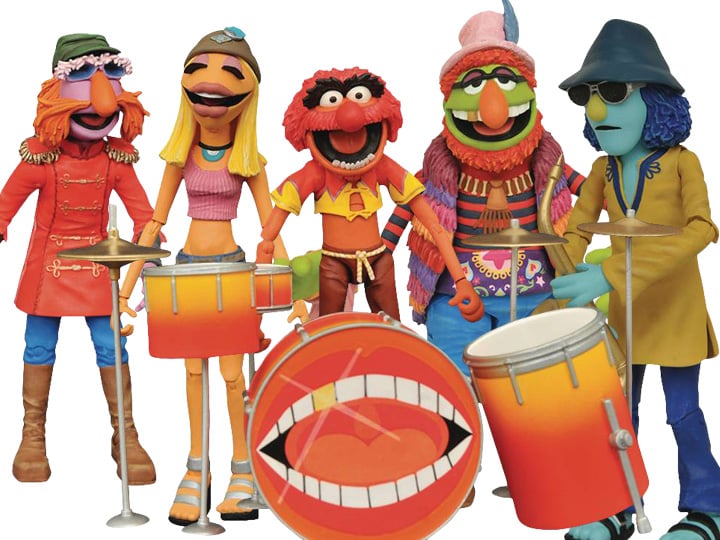 It all started on 29 January 1976, in a theatre run by Kermit the Frog, who had to manage the various sensibilities of the performers, starting with the exuberant Miss Piggy and ending with the sensitive Fozzy, all under the watchful eye of two grumpy old spectators, always ready to criticize what they saw.

All this wouldn’t be much different from many other shows if the characters weren’t puppets manipulated and spoken by a team of geniuses that included creators Jim Henson and Frank Oz, who had already worked on the also legendary “Sesame Street.”

Apart from the adventures involved in creating a variety show, each episode included a special guest, in the flesh, who interacted with the puppets and offered the inevitable musical moments. Anyone who has ever watched the series will remember stars like Steve Martin, Elton John, Liza Minelli, Alice Cooper, Diana Ross, and even Mark Hamill.