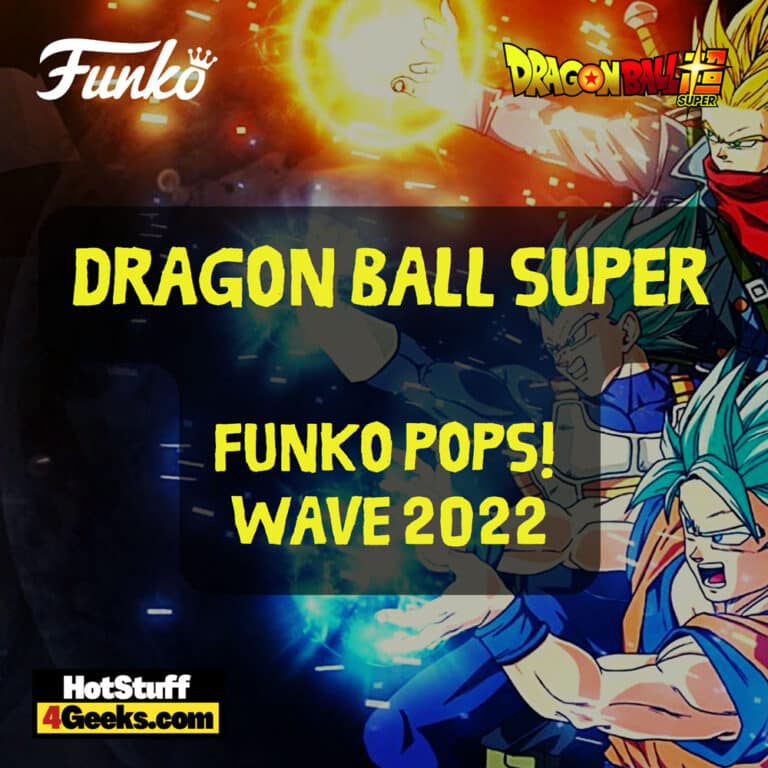 In addition, Funko is releasing a whole new wave of Dragon Ball Super Funko pops in 2022, featuring some of the most popular characters from the show.

I’m not going to lie. I was pretty pumped when I found out that there was going to be a wave this year. I’ve been collecting Funko pops for a while now, and the Dragon Ball franchise is close to my heart.

If you’re like me, a fan of Dragon Ball or Funko pops (or both), then these are definitely worth checking out!

Dragon Ball, by Akira Toriyama, is the West’s most famous Japanese manga and anime franchise. The manga first began publication in 1984, with the first anime episodes arriving in 1986.

Today, there are already several sequels in both formats, as well as TV specials and 21 animated movies that grow in popularity with each release.

The original story shows the boy Son Goku, raised by his adoptive grandfather, who embarks on a journey to gather the 7 Dragon Balls, which, when combined, allow the dragon Shenlong to be summoned, who can grant any wish to those who invoke him.

Goku possesses a monkey tail and uncommon strength, something explained in Dragon Ball Z, the part of the story where he is already an adult.

This saga marks a drastic transition in the style of the story, which loses the adventure nature to focus on battles and martial arts.

In this phase, Goku discovers that he is not human but an alien from the race of the Saiyajins. After Z, the Dragon Ball GT anime, created by Toei, was released. Today, this phase is considered non-canonical.

In 2015, Goku’s story officially continued in Dragon Ball Super, whose anime ended in 2018. In the manga, now drawn by Toyotaro under Toriyama’s supervision, Goku and his friends continue to face increasingly mighty warriors.

The anime has taken the world by storm, earning a devoted fanbase of all ages. It’s hard to deny that Dragon Ball Super is among the most popular animes ever. The show has it all: action, adventure, comedy, and even a bit of romance.

While the anime has its fair share of filler episodes, the overall plot is engaging and exciting. The show ties into the Dragon Ball Z anime and movies, which is a huge plus for fans of the franchise.