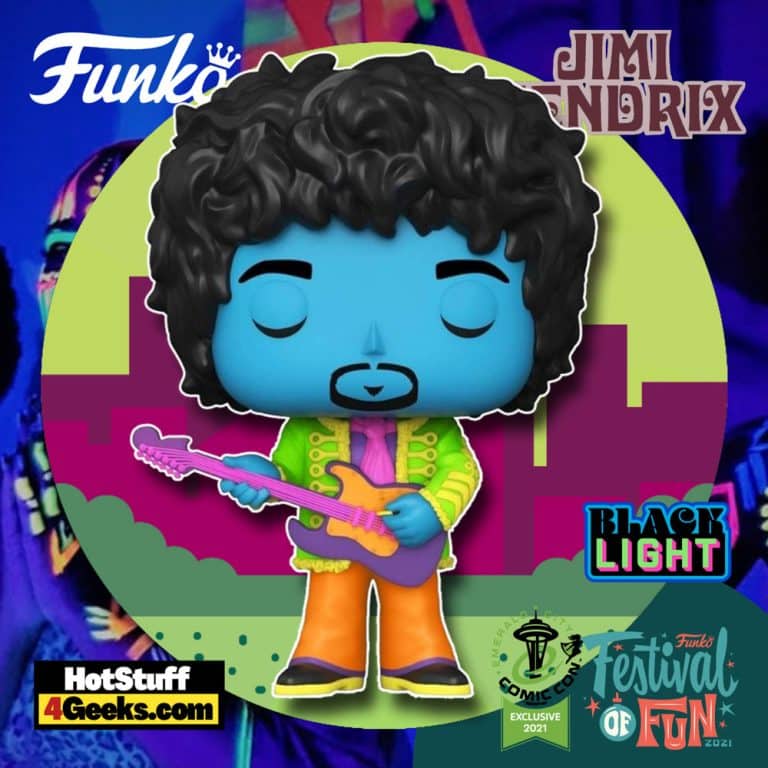 The Funko Pop! Rocks: Jimi Hendrix Blacklight Funko Pop! Vinyl Figure is an ECCC 2021 X Festival of Fun 2021 X Funko Shop Exclusive and will be available to everyone starting December 3, 2021, at 6 am PT.

On the 48th anniversary of his untimely passing, James Marshall Hendrix, better known as Jimi Hendrix, still occupies a place of privilege among the world’s greatest guitarists.

Having no musical education was no obstacle for this Seattle-born musician to revolutionize the use of the guitar in rock music.

Jimi Hendrix became one of the best guitarists without even studying music or reading guitar chords. Instead, he was totally self-taught, and perhaps that was the determining factor for him to be an innovator in music because he built his own path.

His passion for music began at the age of four when he was given a harmonica as a gift, and he got his first acoustic guitar at the age of 14.

If you really want to gain some serious style for your musical mojo, it always helps to offer up a rocking prayer to one of the legends.

And if you’re looking to earn some real riffs on your guitar, there is nobody better than a blacklight version of Jimi Hendrix! 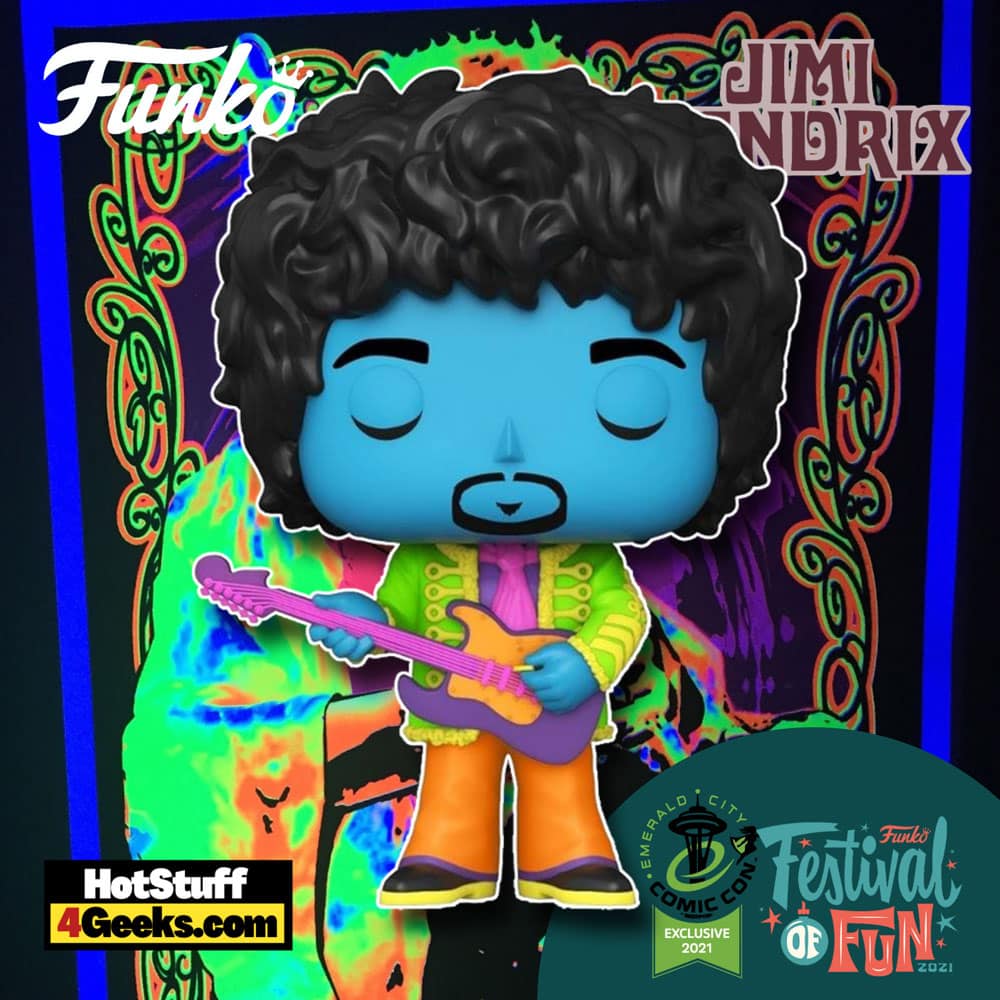 He was never a good student. Jimi claimed he was expelled from school for holding hands with his white girlfriend. However, the principal insisted that it was actually for his continued absenteeism and underachievement.

As a result, he never got his high school diploma. But, interestingly, they placed a bust of him in the school after his death.

His big moment came when the bassist of The Animals, Chas Chandler, discovered him playing in a New York bar in 1966. So surprised was he that he abandoned his musical career to become their manager.

During the 1960s, many artists were dedicated to releasing protest songs, but Jimi took another path. From the beginning, he devoted himself to paying tribute with his voice to peace and love. 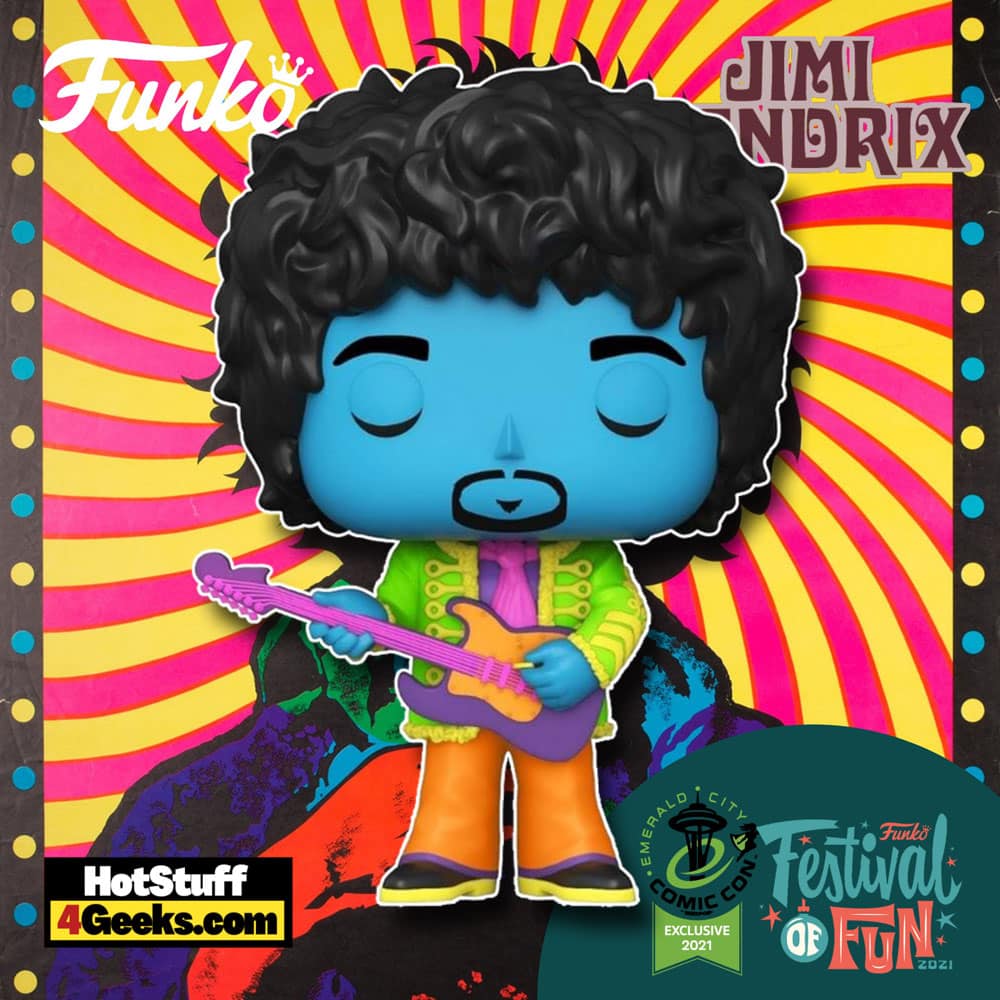 He made the leap to England that welcomed with open arms the blues coming from the other side of the ocean and made it his own.

Hendrix was introduced and revolutionized the music scene of the old continent: musicians like Eric Clapton, Paul McCartney, and Jeff Beck were fascinated by the chords of this black American.

Hendrix’s musical influences were varied but mainly centered on rock and electric blues, which he had learned as a child in Seattle, a city that sounds like music.

He will always be remembered for using amps with distortion, high volume, and being an innovator in taking advantage of guitar-generated feedback. He also helped popularize the pedal and was the first to use effects in his legendary recordings.

With a brief and successful career cut short by drug abuse at the age of 27, the artist released a handful of essential albums and left performances written in capital letters to place the guitar in rock. A mixture of virtuosity and avant-gardism made him the myth he is today.