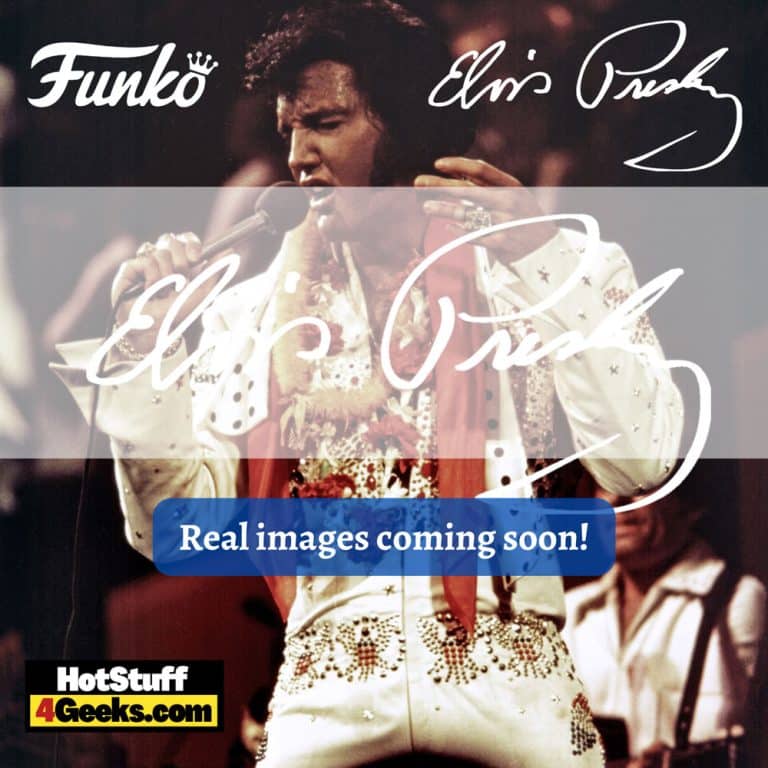 The Pharaoh suit debuted during the opening show of the 1973 January/February Las Vegas engagement. A picture of Elvis wearing this suit was featured on his 1975’s”Today” cover album, so fans started referring to it as the “Today suit.”

The Elvis Pharaoh Jumpsuit Funko Pop! is coming soon. There’s no release date yet, but stay tuned because I’ll update images and more information once released.

When we talk about rock music, it is impossible not to mention Elvis Presley, right?

His incomparable voice, unique way of dancing and acting, and special dressing style turned him into one of the most significant cultural icons of the 20th century.

The mythical figure of the King of Rock continues intact even 45 years after his death, and Elvis’ songs continue to conquer fans around the world.

Elvis Presley’s influence is far greater than most fashionistas would like to admit, where Elvis’ attitude, clothes, and jewelry went down in the history of music and fashion, influencing the looks of the Beatles, Katy Perry, and even Princess Diana.

The star immortalized the jumpsuit with cape, the precious stones, the gold chains, and his abundant chops were endlessly copied by the youth of the time.

We can also see basic wardrobe items popularized by Elvis and by actors James Dean and Marlon Brandon. Jeans, a white T-shirt, and the aviator-style leather jacket contributed to the rise of the “American way of life,” where fashion found the ideal scenario to grow in the 1950s.

The mild-mannered kid from the southern United States, who dressed up in a suit and tie, gave way to the young leather-clad contester and became a phenomenon that determined the look of the 1970s.

This style matched perfectly with the disco era, with the cross-dressing rock stars responsible for the emerging explosion of fashion worldwide.

The leather jacket that appears on the cover of Bob Dylan’s album “Real Live” and James Brown’s jumpsuit worn in the 1970s was undoubtedly influenced by Elvis Presley’s fashion.

Iconic in his time, Elvis and his extravagant way of dressing were responsible for bringing fashion closer to the streets and where, before him, a man would not wear a shirt, a belt, or pink socks.

The king was also very fond of handmade shirts, casual clothes, jewelry, and custom-made shoes in his closet. Elvis wore his topknot in his hair long before the hairstyle became fashionable.