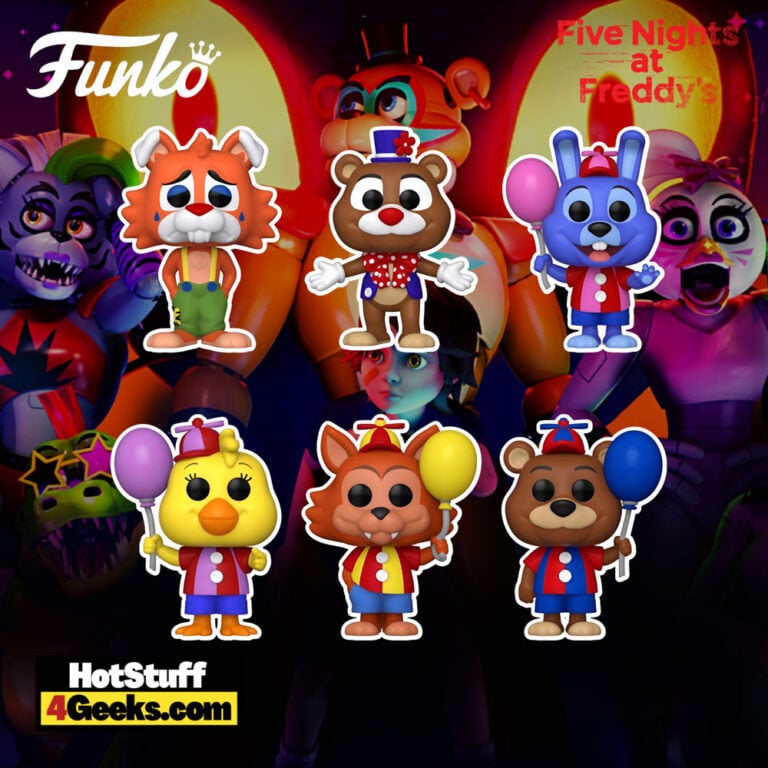 The figures are guaranteed to bring any fan out of their hiding spot, immediately putting them into a state of harmless nostalgia.

You can choose from a selection of characters and display them proudly on your shelf – just don’t let them wander around the house when it’s dark…trust me, you do not want to experience a night in Freddy Fazbear’s!

Here are the Five Nights at Freddy’s pops list from this release:

The FNAF Funko Pops! (Funko Fair 2023) are now available for pre-order at the links below (click to jump!) 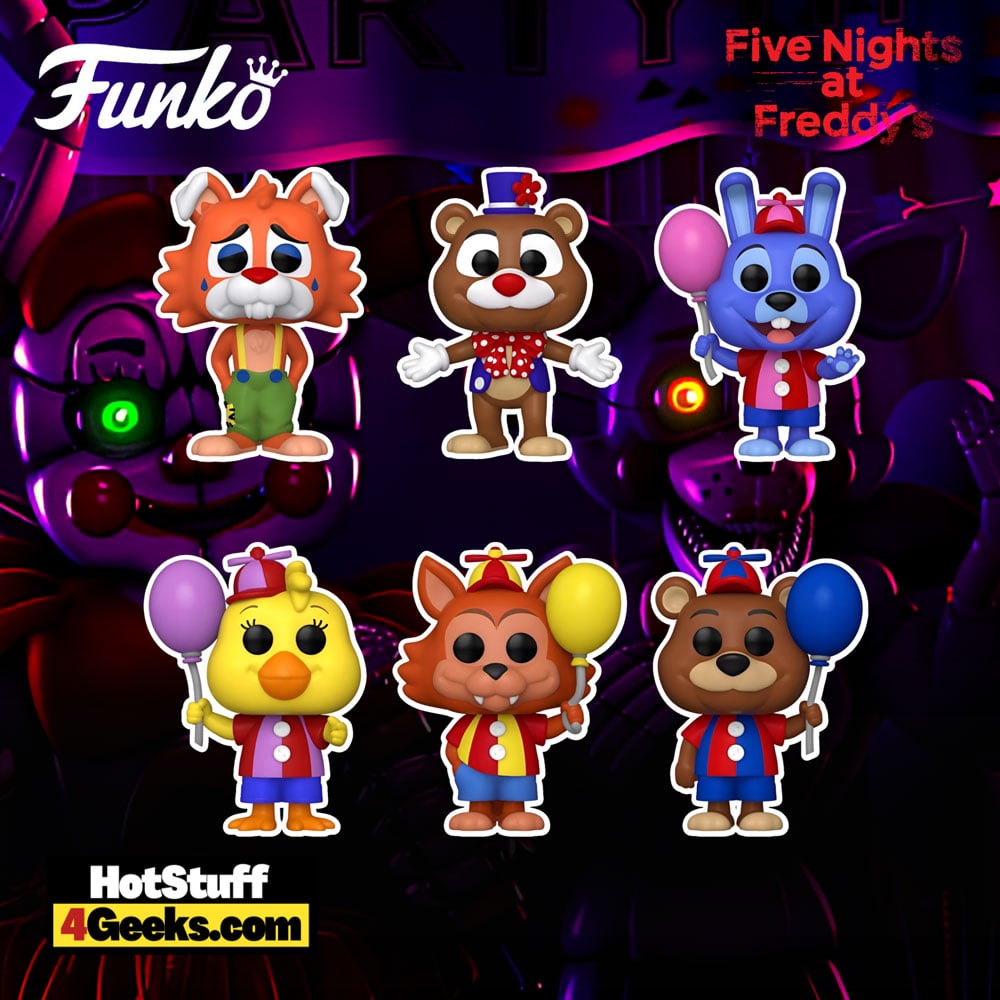 Five Nights at Freddy’s is a horror video game series whose fame has definitely reached far and wide.

The premise is simple: you, a security guard, must survive the night in a creepy pizzeria haunted by animatronic animals.

With its jumpscares and tense atmosphere, it’s no wonder players keep coming back for more!

It’s gotten to the point where plenty of fans repurpose their homes as inspirations for their FNAF simulations—now that’s dedication! 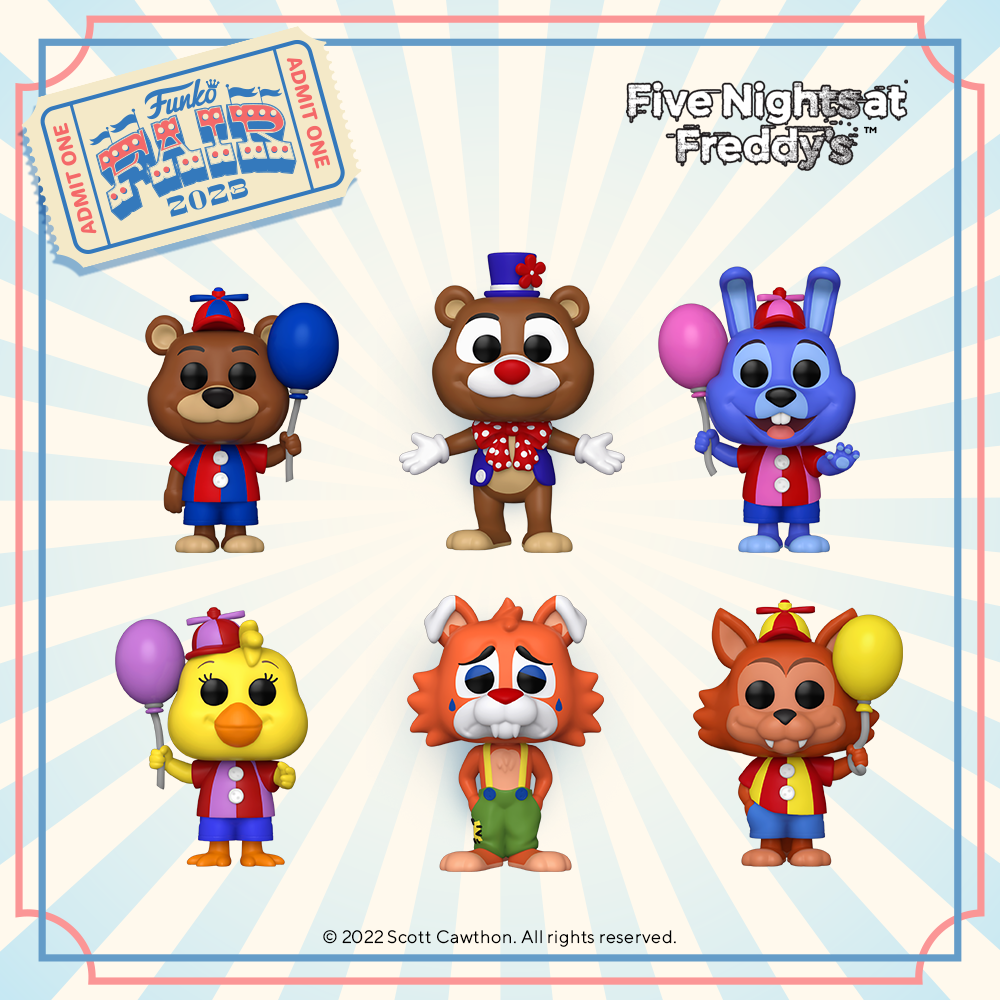 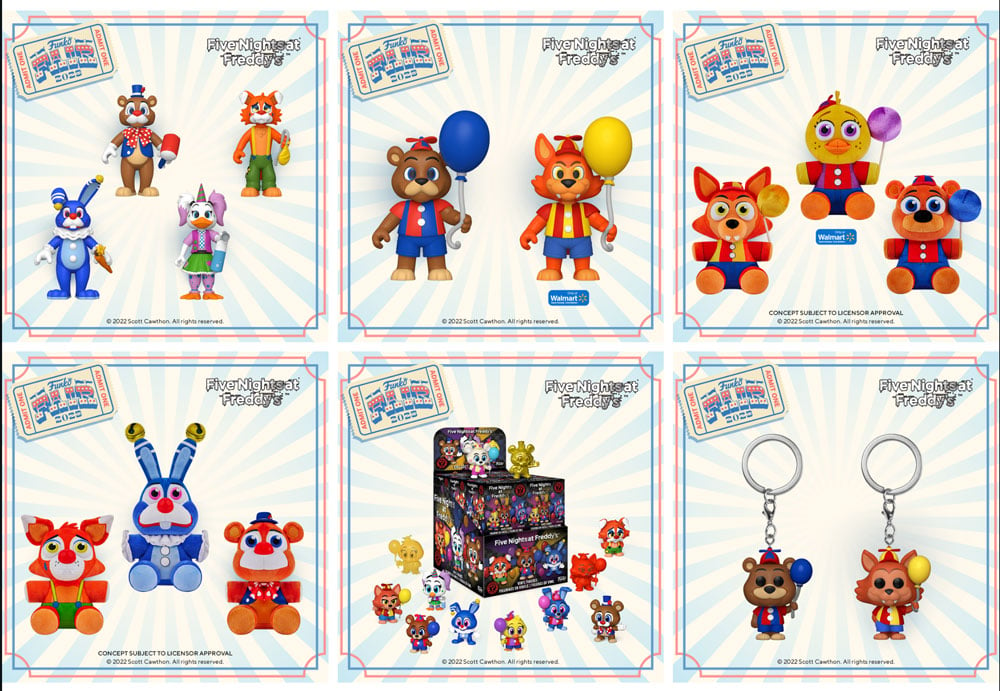 With Five Nights at Freddy’s Funko Pops, you no longer have to worry about having a seemingly endless night shift of hassling animatronics.

Instead, you can create your own robotic family at home and pretend they’re causing trouble in your living room.

With these vinyl delights available in little five-inch sizes, there’s something uniquely comforting about having a small but menacing reminder of the game that once spooked millions!

Whether you rock them solo or position them around the house for an endearing family photo shoot, these adorable dolls will surely add excitement to your gaming collection.