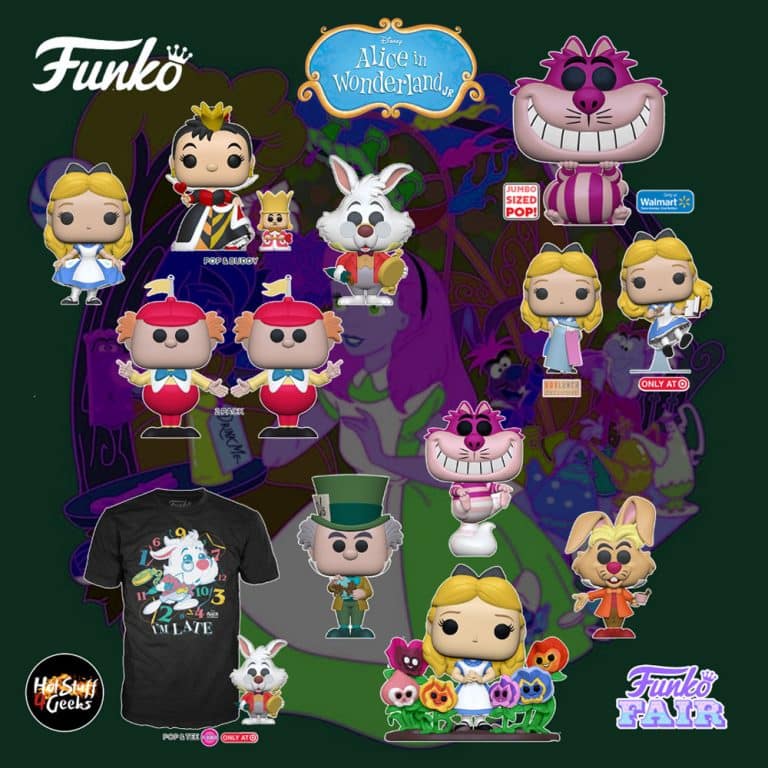 Mad for Alice? This one is for you! Funko is bringing you as many Alice in Wonderland Pops as you requested!

In honor of Lewis Carroll’s infamous book, Alice’s Adventures in Wonderland, and the 1951 Disney animated movie, Alice in Wonderland, Funko is bringing you all of the best characters in Pop! form! Featuring Alice, Mad Hatter, Cheshire Cat, Tweedle Dee & Tweedle Dum, PLUS MORE!

Are you ready to celebrate Alice in Wonderland’s 70th Birthday? …Or should we say, Unbirthday! Because we certainly are!

The whole gang is here to celebrate… with so many to choose from. It’s going to be hard to choose a fave!! “We’re all mad here…” Join Funko in celebrating 70 years of Alice in Wonderland in true Mad Hatter style… a tea party, of course!! Oops, We Fell Down The Rabbit Hole! 🐰

For any fan of Disney, animated movies, or iconic throwbacks, this is the Pop! drop for you! So what are you waiting for?! Don’t be late!!!  Alice in Wonderland Funko Pop! Vinyl Figures are set to be released in June, and they are now available for pre-order at the links below.

Based on Carroll’s work published in 1865, Alice in Wonderland Disney’s animated movie follows Alice, a girl who, after following a mysterious and hasty white rabbit, ends up venturing into a fantastic world stuffed with unusual figures.

Alice in Wonderland is a crazy story, strange, beautiful in its own way, but totally out of the mellow patterns of the unprotected heroine looking for a Prince Charming. Like many of us, Alice is curious, shrewd, dreamy, but terribly different from all that is expected of her.

This story, almost psychedelic, shows that being different, confused, and full of uncertainty is part of the most creative life of those who refuse to live only the routine of ordinary days and dare to experience the new.