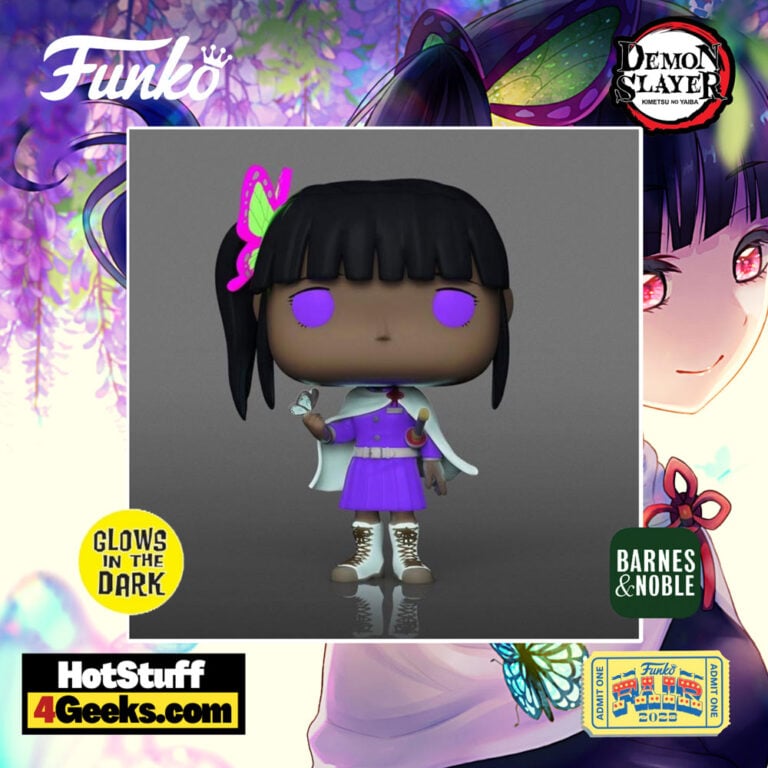 This figure puts the usually stoic Kanao front and center in all her shining, bubbly glory – or at least as much glory as you can get from a vinyl figure. The pop figure is now available for pre-order at the links below – click to jump or scroll to continue reading!

Kanao Tsuyuri, the stoic and unemotional girl from the Demon Slayer anime series, is now available in a new glow-in-the-dark Funko Pop figure!

Whoever thought that Kanao, who rarely displays any emotion, could be melted down into plastic form and still seem as stoic as ever?

But there’s no denying how awesome it looks in full illumination – Kanao glows with radiating power!

If you want to celebrate Kanao’s incredible skills on your shelf or desk, pick up this sweet collectible version of everyone’s favorite future Hashira.

The Barnes & Noble exclusive Kanao Tsuyuri GITD Funko Pop! (Funko Fair 2023) is now available for pre-order at the links below (click to jump!) 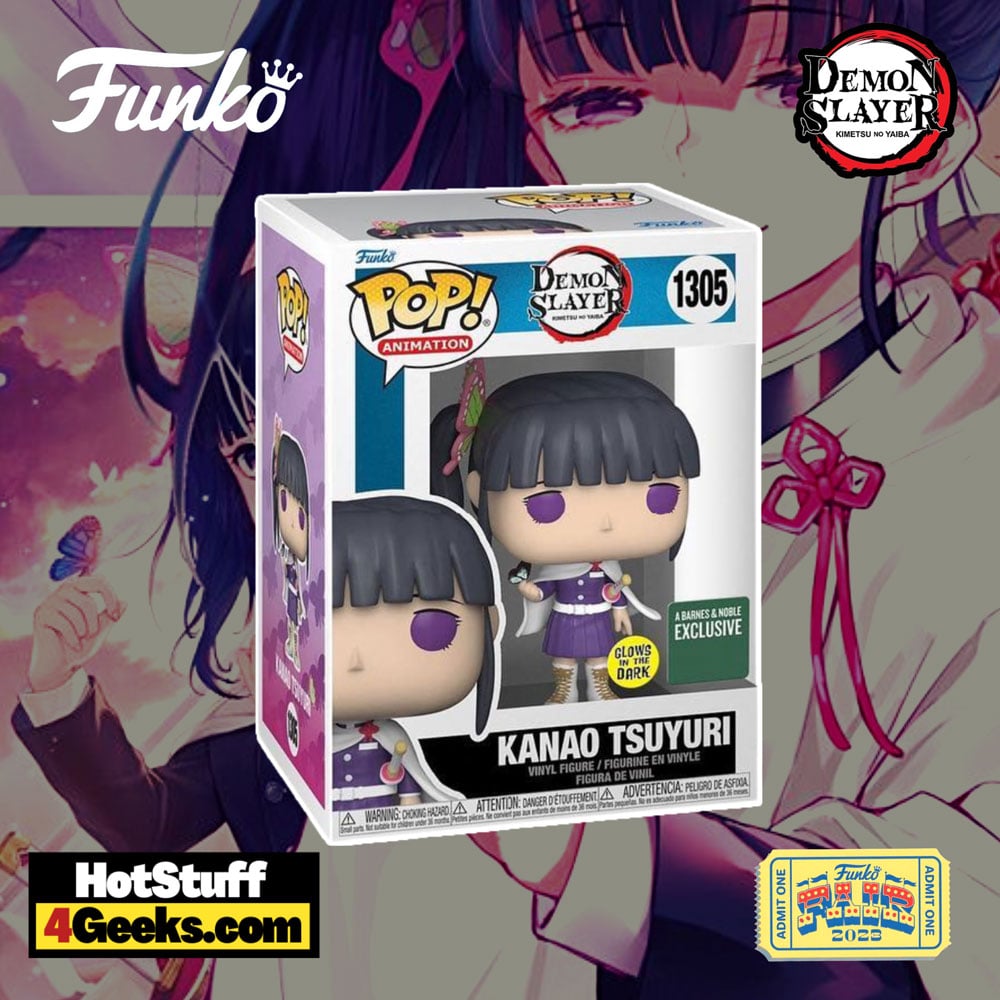 Kanao is a 16-year-old girl who was adopted by Kanae and Shinobu Kochou. The girl is highly skilled and has an incredible fighting talent, joining the Demon Slayer Corps at the same test as Tanjiro.

She is the female character noted as a prodigy who, in the future, may become a powerful Hashira.

Nevertheless, Kanao is a very reserved and even robotic young woman, only taking action when given orders.

The reason for her “coldness” is a reflection of her childhood. As a result, she thinks crying or smiling is unnecessary.

Kanao Tsuyuri’s childhood led her to be a cold, reserved, and robotic young woman, only taking action when explicitly given orders.

To teach her how to make decisions independently, Kanae gave her a coin that she would flip each time she had to act without being ordered.

Kanae trained her for a while, but her Master eventually died and left Kanao and Shinobu – who taught her soon after.

This is why she became so mighty in battle.

Constantly flipping that coin before doing something unexpected or dangerous has become an iconic part of her character, proving that even the most formidable warriors sometimes need a good luck charm!