Vic Rattlehead is the iconic skull-faced mascot of the heavy metal band Megadeth.

The character was created by the band’s lead vocalist and guitarist, Dave Mustaine, and has become one of the most recognized and beloved characters in metal history.

He has since appeared on countless Megadeth album covers, t-shirts, and other merchandise.

With his mixture of humorous and macabre elements, Vic perfectly embodies the spirit of Megadeth.

He is a constant reminder of the band’s dedication to their craft and sense of humor. The character is said to represent the dangers of censorship and blind obedience to authority.

Vic is genuinely one of a kind and will continue to be an essential part of Megadeth’s legacy for years to come.

Vic Rattlehead Funko Pop! from Megadeth is now available for pre-order at the links below (click to jump!) 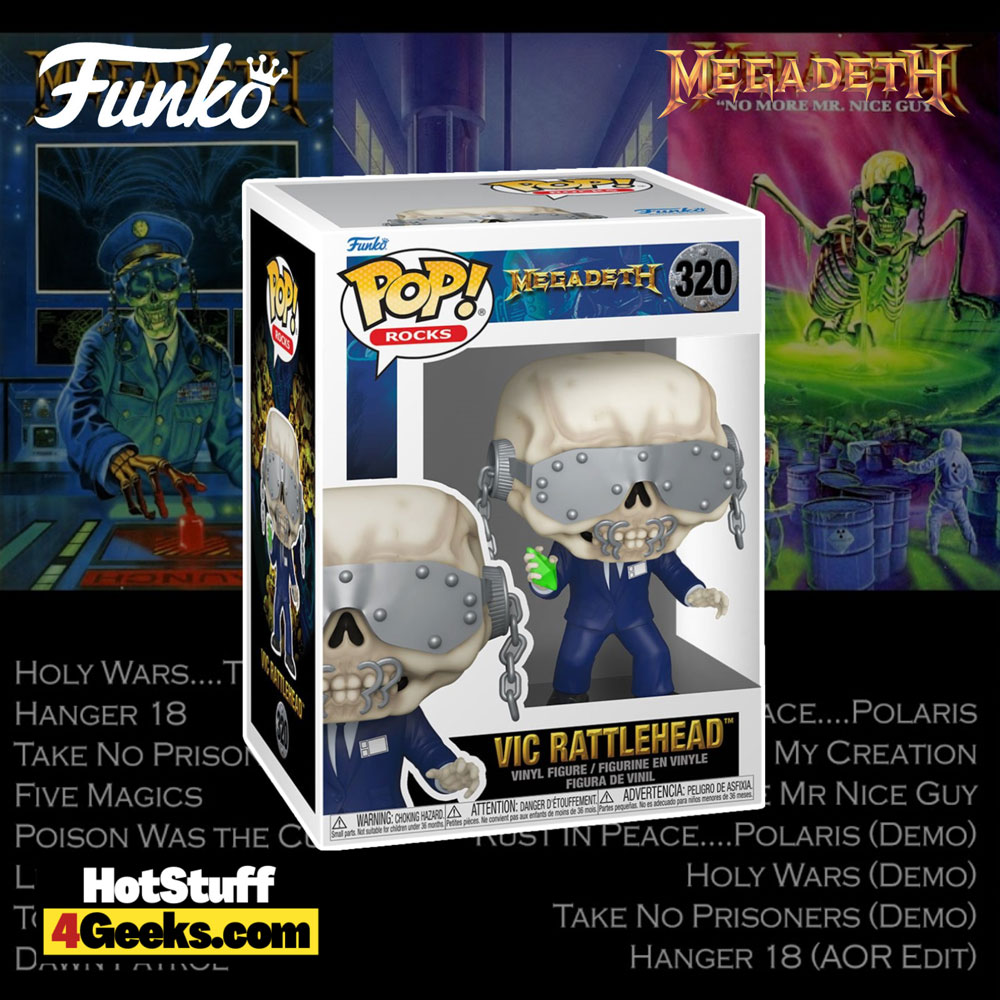 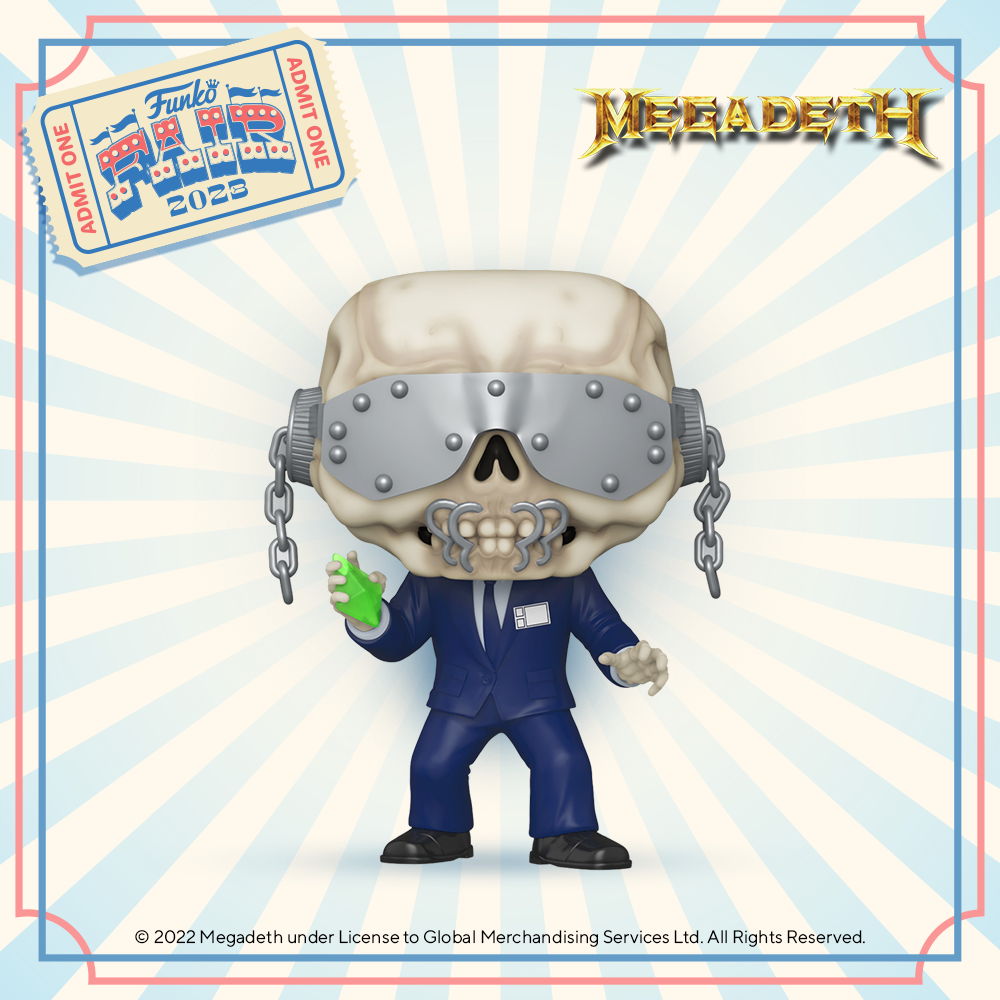 When you think of heavy metal bands, a few iconic images likely come to mind – and Megadeth has one that is hard to beat.

We’re talking about Vic Rattlehead, the spooky mascot often seen holding a skull or a weapon on their album covers and music videos.

This metal mascot was created by the band’s lead vocalist and guitarist, Dave Mustaine, creating an unforgettable symbol for the American heavy metal band.

The origins of Vic Rattlehead can be traced back to Megadeth’s early days when Dave Mustaine was inspired to create the character from an eerie metal sculpture he saw with a wire mesh mask covering its face.

The character of Vic Rattlehead serves as a representation of the dangers of censorship and blind obedience to authority.

The metal mask covering his face symbolizes how people are often forced to conform to societal norms and suppress their true selves.

The skull represents death and the impermanence of life, reminding us to make the most of our time.

But Vic Rattlehead isn’t just a symbol for Megadeth. Instead, he has become an emblem for the entire heavy metal culture.

He is an influential and iconic image representing the band’s music and message.

While he might look menacing at first glance, there’s no denying that Vic Rattlehead is one cool skeleton!