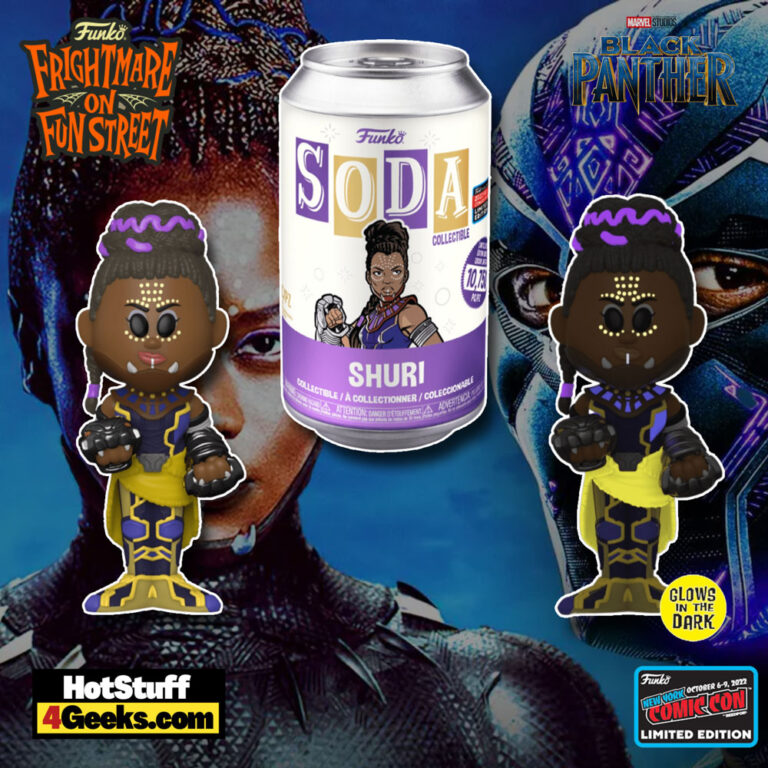 The new Funko SODA: Black Panther – Shuri Funko SODA Vinyl Figure with Glow In The Dark CHASE – NYCC 2022 and Funko Shop Exclusive will be available online starting 6 AM PT on Friday, October 7 at the links below (click to jump!)

In the movie Black Panther, Shuri is the princess of Wakanda and the younger sister of T’Challa. She is a brilliant scientist and inventor and responsible for developing many of the advanced technologies used by the Wakandan military.

In addition to her scientific expertise, Shuri is an expert martial artist and highly skilled in hand-to-hand combat.

Despite her tragic backstory, Shuri is a fun-loving and optimistic character, and she brings a much-needed sense of vivacity to the film.

Overall, Shuri is a complex and fascinating character, and she is one of the best things about Black Panther.

The New York Comic-Con 2022 exclusive Shuri Funko SODA Vinyl Figure can be found at the links below as soon as the online sale begins (click to jump!) 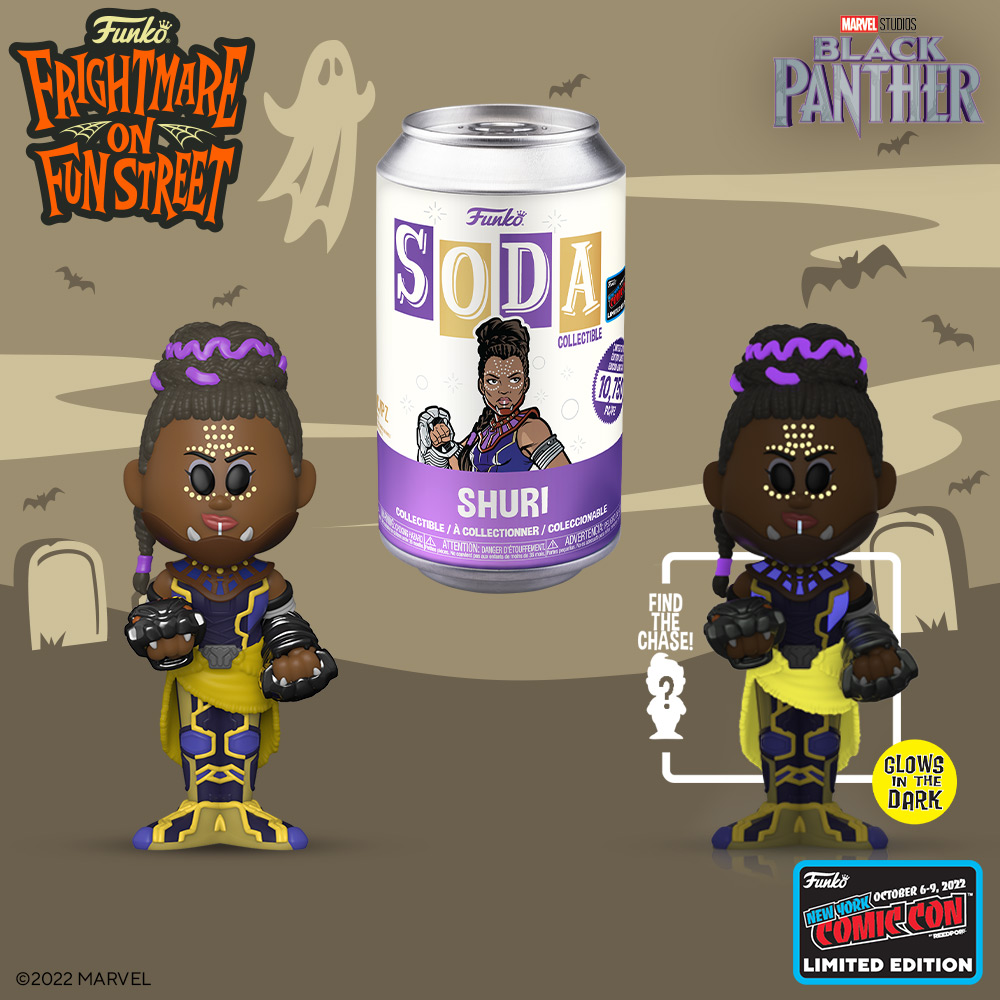 “Black Panther: Wakanda Forever” is the film that is being talked about to refill movie theaters seriously.

Counting down to the premiere (November 11), Marvel has released a new trailer that again shows the mourning for the death of Black Panther (Chadwick Boseman, who died in 2020) but also highlights Prince Namor (Tenoch Huerta’s role), the underwater kingdom of Atlantis and new threats.

The images also show Dominique Thorne as the new superhero Ironheart flying and, right at the end, the new Black Panther, with the costume suggesting that it is a woman.

A new poster, partially reproduced in this news story, leaves the strong suggestion that the successor will be Shuri, the sister of T’Challa.