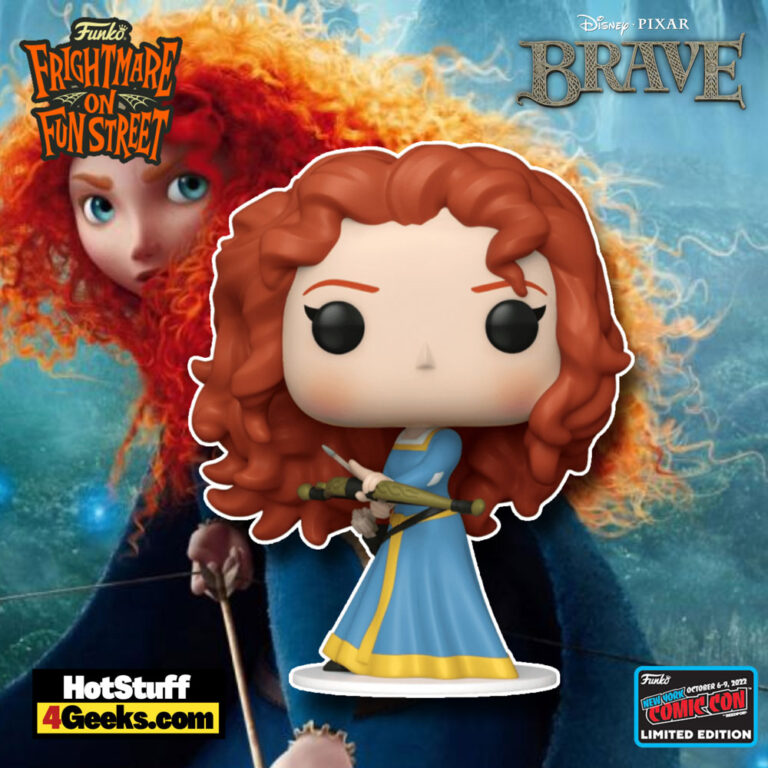 The new Funko POP! Disney: Brave – Merida with Bow and Arrow Funko Pop! Vinyl Figure – NYCC 2022 and Entertainment Earth Exclusive will be available online starting 6 AM PT on Friday, October 7th, at the links below (click to jump!)

Merida is the kind of person who never backs down from a challenge.

She’s also the kind of person who would rather face a challenge alone than ask for help.

When her mother is turned into a bear, Merida tries to find a cure, even though she knows it won’t be easy. Along the way, she has to outwit angry witches, outrun hungry predators, and overcome her own fear of failure.

But she never gives up, and in the end, she saves her mother and becomes a brave hero.

The New York Comic-Con 2022 exclusive Merida with Bow and Arrow Funko Pop! Vinyl Figure can be found at the links below as soon as the online sale begins (click to jump!) 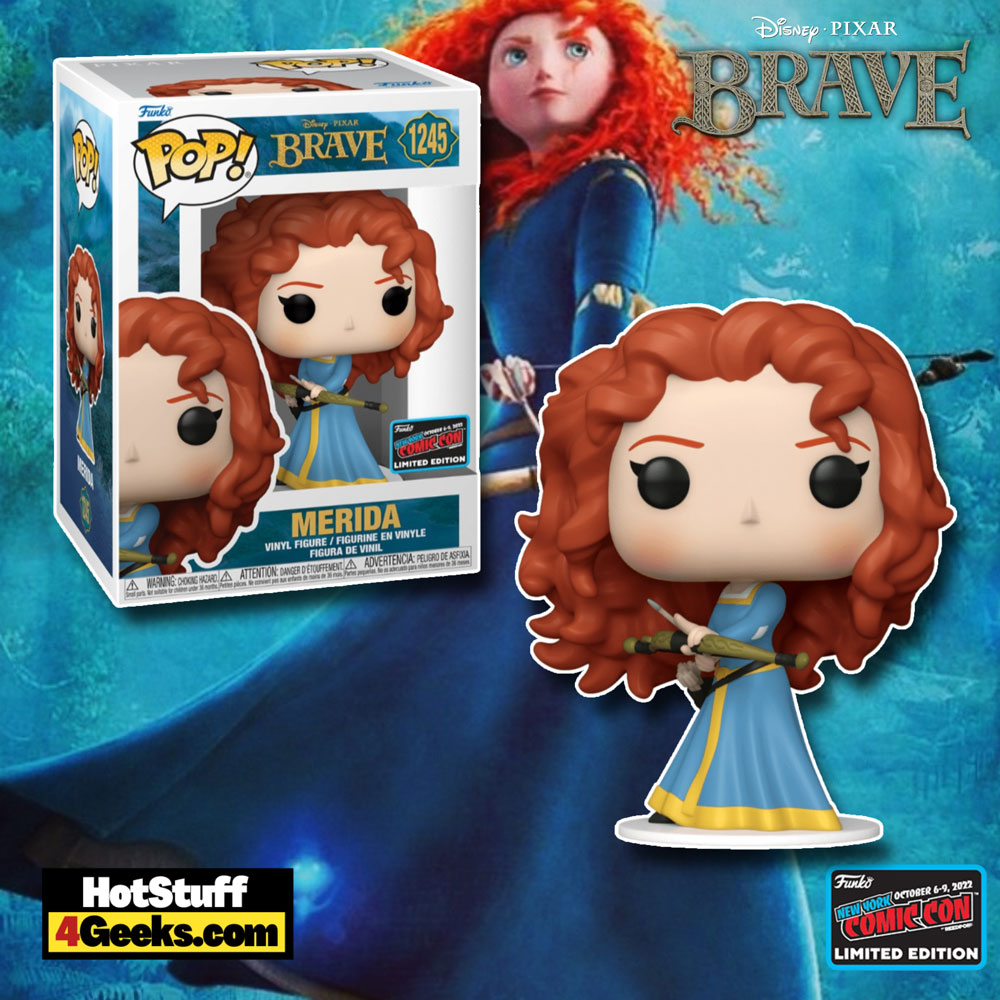 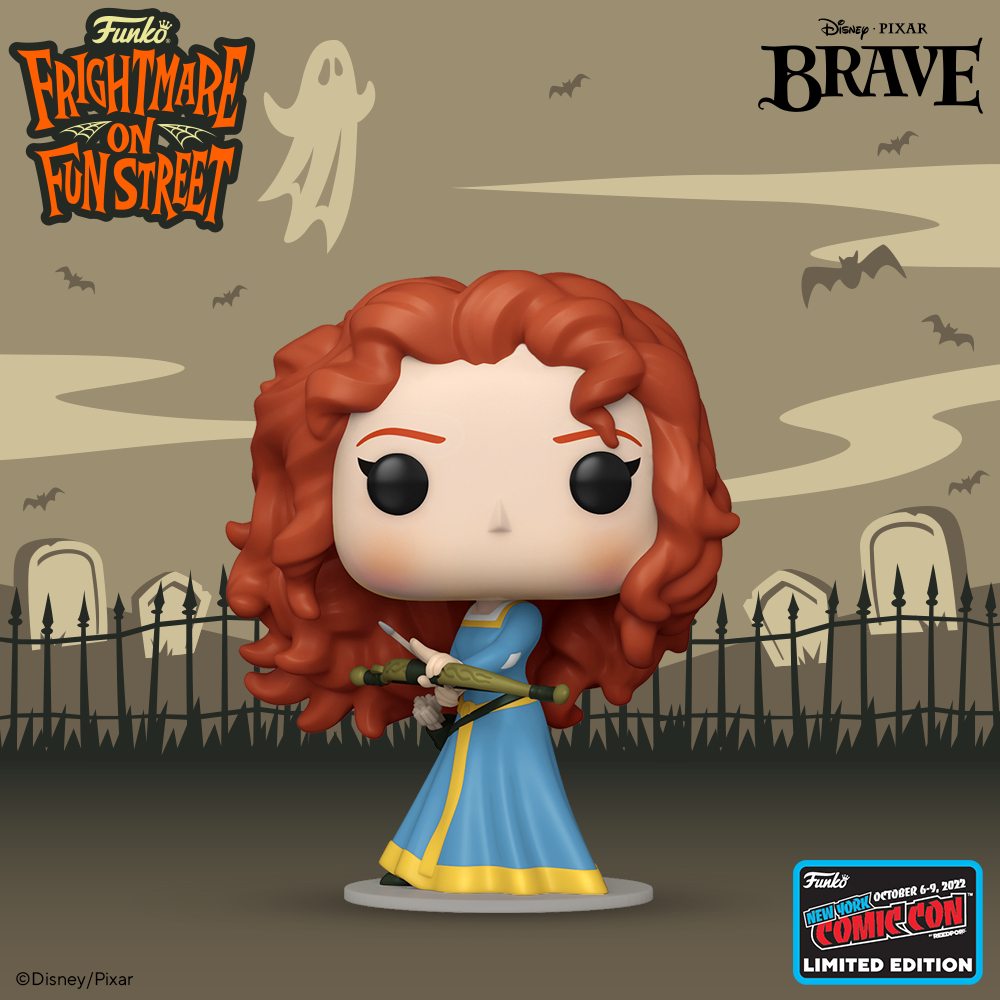 Merida lives in Scotland in the High Middle Ages. Her father, the king, is a great bear hunter. The mother, the ultimate in elegance, beauty, and manners, tries to educate her daughter for the life of a true princess.

Still, Merida prefers to roam the forest on horseback and practice archery.

However, it is time to consider adult life, responsibilities, and marriage…

“Brave,” born out of the alliance of Walt Disney and Pixar studios, is a film that owes nothing to chance, and its script has been crafted to appeal to children and the adults who accompany them.

Special attention has been paid to the sets and aesthetics, and the film is a visual delight from one end to the other.

Merida’s abundant, red, luminous, warm hair as she traverses the dark forests is a treat for the eyes. But the film’s creators also called upon the European tradition of fairy tales.

Determined to make her own path in life, Merida defies an ancient tradition sacred to the harsh and clamorous lords of the lands.

When Merida’s actions inadvertently throw the kingdom into chaos, she will have to gather all her skills and resources – including her clever and mischievous triplet siblings – to reverse a curse before it is too late and discover the meaning of true bravery.