The new Funko POP! Rocks: Britney Spears (You Drive Me) Crazy Funko Pop! Vinyl Figure – NYCC 2022 and FYE Exclusive will be available online starting at 6 AM PT on Friday, October 7, at the links below (click to jump!)

It’s been over 23 years since Britney Spears’ hit song “(You Drive Me) Crazy” was released, but the track remains just as popular today as it was when it first came out.

The catchy tune and relatable lyrics have resonated with generations of fans, and the song continues to be a staple of Britney’s live performances.

Interestingly, “(You Drive Me) Crazy” was originally recorded for Britney’s debut album “…Baby One More Time,” but it was ultimately left off the final track listing.

Thank you, Britney, for giving us this timeless classic!

The New York Comic-Con 2022 exclusive Britney Spears – Drive Me Crazy Funko Pop! Vinyl Figure can be found at the links below as soon as the online sale begins (click to jump!) 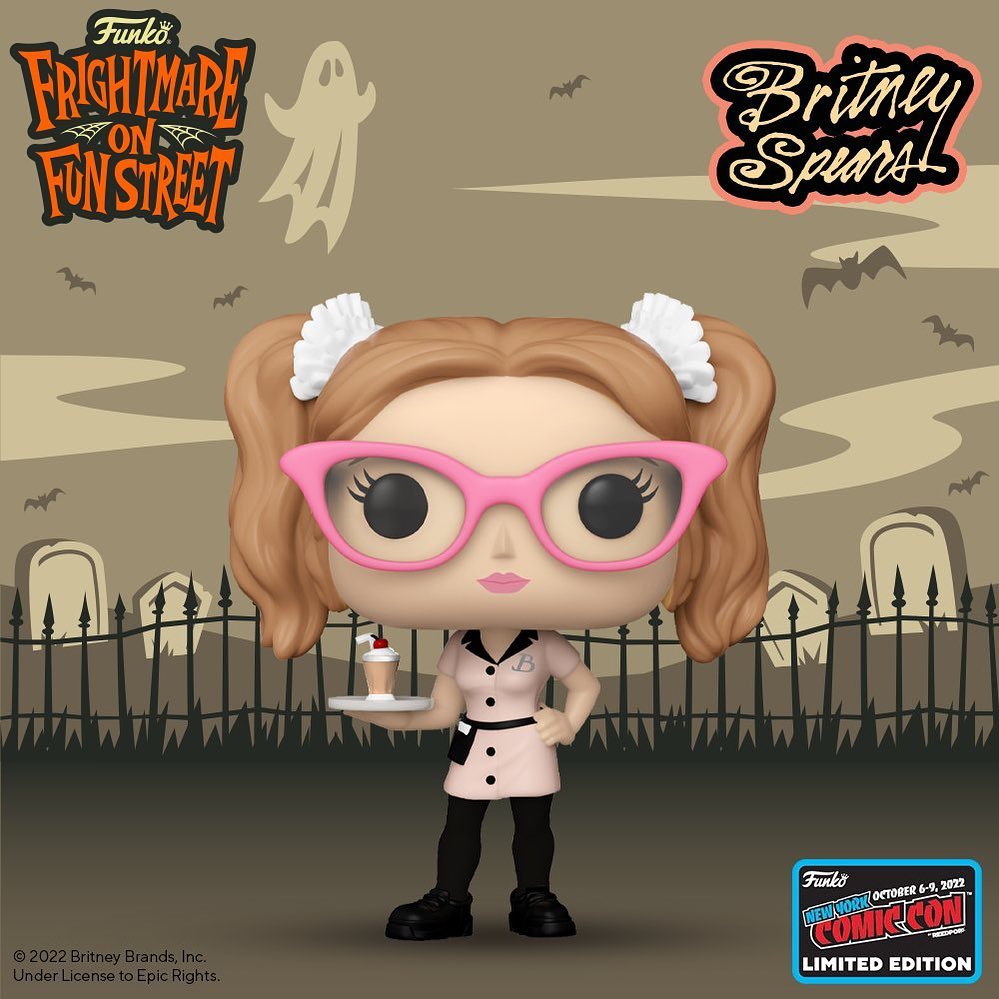 “(You Drive Me) Crazy” was written and produced by Max Martin, Jörgen Elofsson, Per Magnusson, and David Kreuger for Spears’ 1999 debut album …Baby One More Time.

It was released on June 20, 1999, by Jive Records as the third single from the album. It is a teen pop song that tells of a woman who is crazy about her love interest, claiming that her “love goes on until the end of the night.

The version of the single differs from the original version on the album …Baby One More Time, which was recorded a year earlier, in March 1998 in Sweden.

On May 12, 1999, Martin and Spears went to Battery Studios in New York and re-recorded the vocals from the song’s original version for the remixed version, called “The Stop! Remix”.

The remix was first included on the soundtrack to the movie Drive Me Crazy and later included on her first compilation album, Greatest Hits: My Prerogative.

The song was a commercial success, reaching the top ten in several countries. It also gave Spears her second top-ten single in the United States.

An accompanying video, directed by Nigel Dick, depicts Spears as a club waitress who changes clothes and begins singing and dancing with a guy who looks at her and drives her crazy.