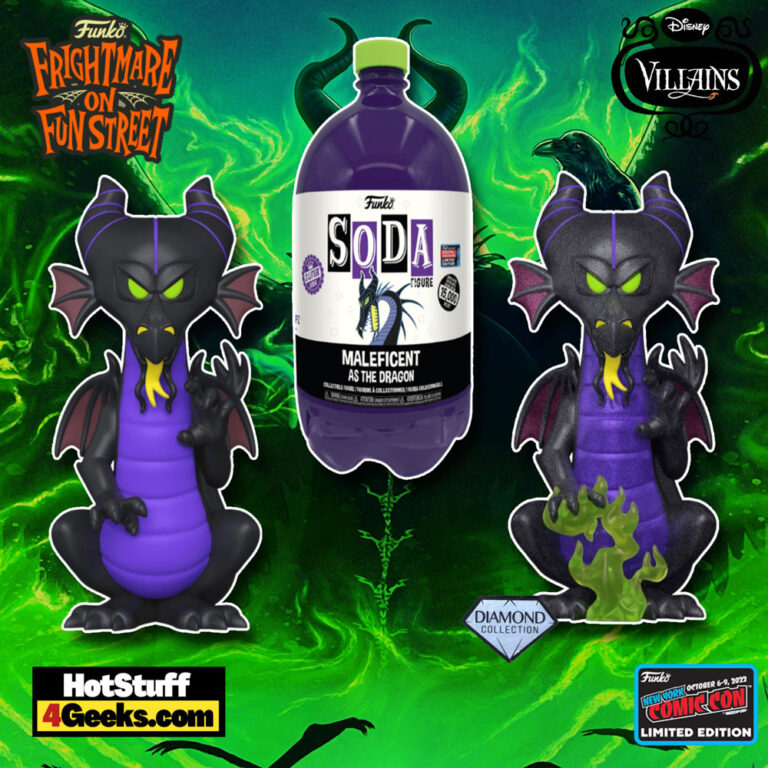 The new Funko SODA 3-Liter: Disney – Maleficent as The Dragon with Diamond Glitter and Flame CHASE Funko SODA 3-Liter Vinyl Figure – NYCC 2022 and Funko Shop Exclusive will be available online starting 6 AM PT on Friday, October 7th at the links below (click to jump!)

In Disney’s Maleficent, the villain is not your typical dragon. Instead, she’s quite a bit different than what you might expect.

For one thing, she’s not big and scary. Instead, she’s pretty tiny and delicate-looking. And instead of breathing fire, she uses her magic to create impressive displays of light and sound.

But don’t be fooled by her appearance; Maleficent is a powerful sorceress who is more than capable of defending herself.

Despite her size, she is fierce and intimidating, and her magic is real. So while she may not be your typical dragon, make no mistake: Maleficent is a force to be reckoned with.

And while she may not have been the dragon we wanted, she’s definitely the villain we needed.

The New York Comic-Con 2022 exclusive Maleficent 3-Liter Funko SODA Vinyl Figure can be found at the links below as soon as the online sale begins (click to jump!) 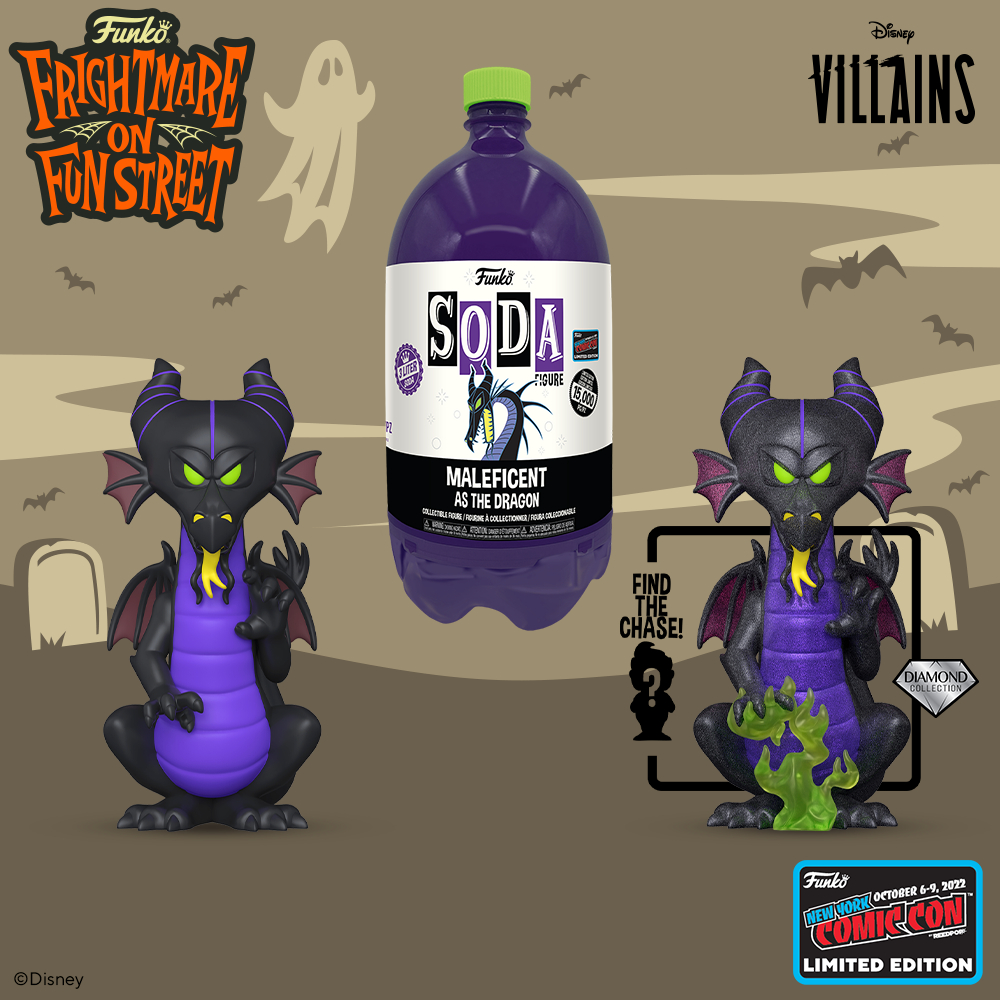 Maleficent is one of the most iconic villains in Disney’s history.

She is the wicked fairy godmother from Sleeping Beauty, who cursed the princess to die on her 16th birthday. For many years, Maleficent was known as the personification of evil.

She has many magical powers, including the ability to transform herself into a dragon.

However, in recent years, she has been given a more sympathetic portrayal in films like Disney’s “Maleficent” and “Sleeping Beauty.”

In these films, Maleficent is portrayed as a victim of circumstance, driven to evil by the betrayal of her one true love.

As a result, she has become one of the most complex and exciting characters in the Disney universe.

Whether you love her or hate her, there’s no denying that Maleficent is one of the fascinating characters in all of Disney.