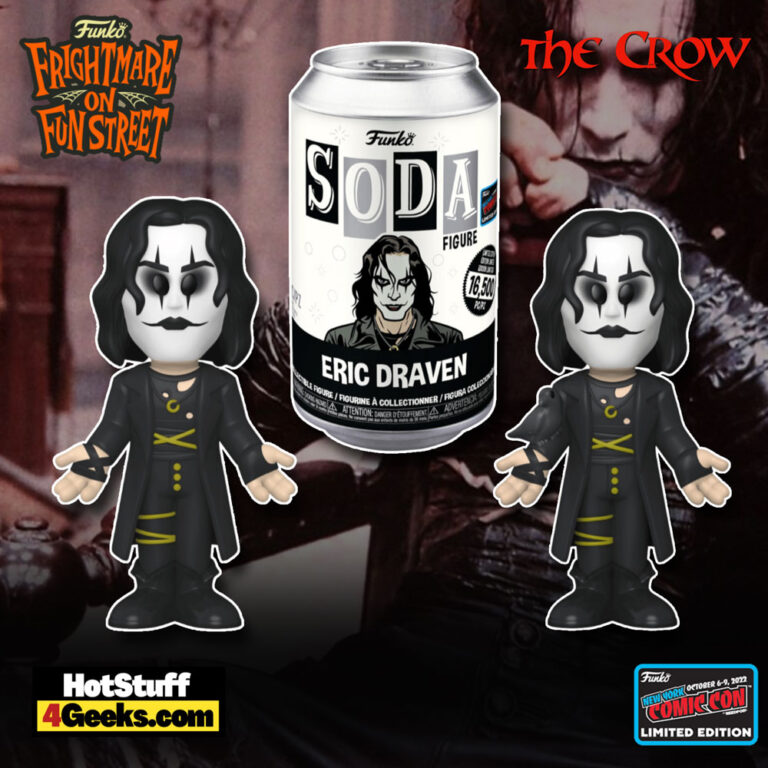 The new Funko SODA: The Crow – Eric Draven Funko SODA Vinyl Figure with Crow CHASE – NYCC 2022 and Hot Topic Exclusive will be available online starting 6 AM PT on Friday, October 7th at the links below (click to jump!)

The Crow is a 1994 American superhero film directed by Alex Proyas and written by David J. Schow and John Shirley. It stars Brandon Lee in his final film appearance as Eric Draven, a murdered musician who is resurrected to avenge his death and that of his fiancée.

The film is based on James O’Barr’s comic of the same name.

The Crow was one of the first films to really capture the gothic atmosphere and turn it into something that could be visually stimulating. The film is set in a dilapidated city that looks like gangs and crime have taken it over.

Even though the film is set in the present day, it feels like a different world entirely. This is one of the things that make The Crow so unique.

Despite its dark subject, The Crow is an incredibly visually beautiful film. It is full of contrasts between light and dark, good and evil, and death and life. These contrasts create a unique visual experience that is unlike any other film out there.

The New York Comic-Con 2022 exclusive Eric Draven Funko SODA Vinyl Figure can be found at the links below as soon as the online sale begins (click to jump!) 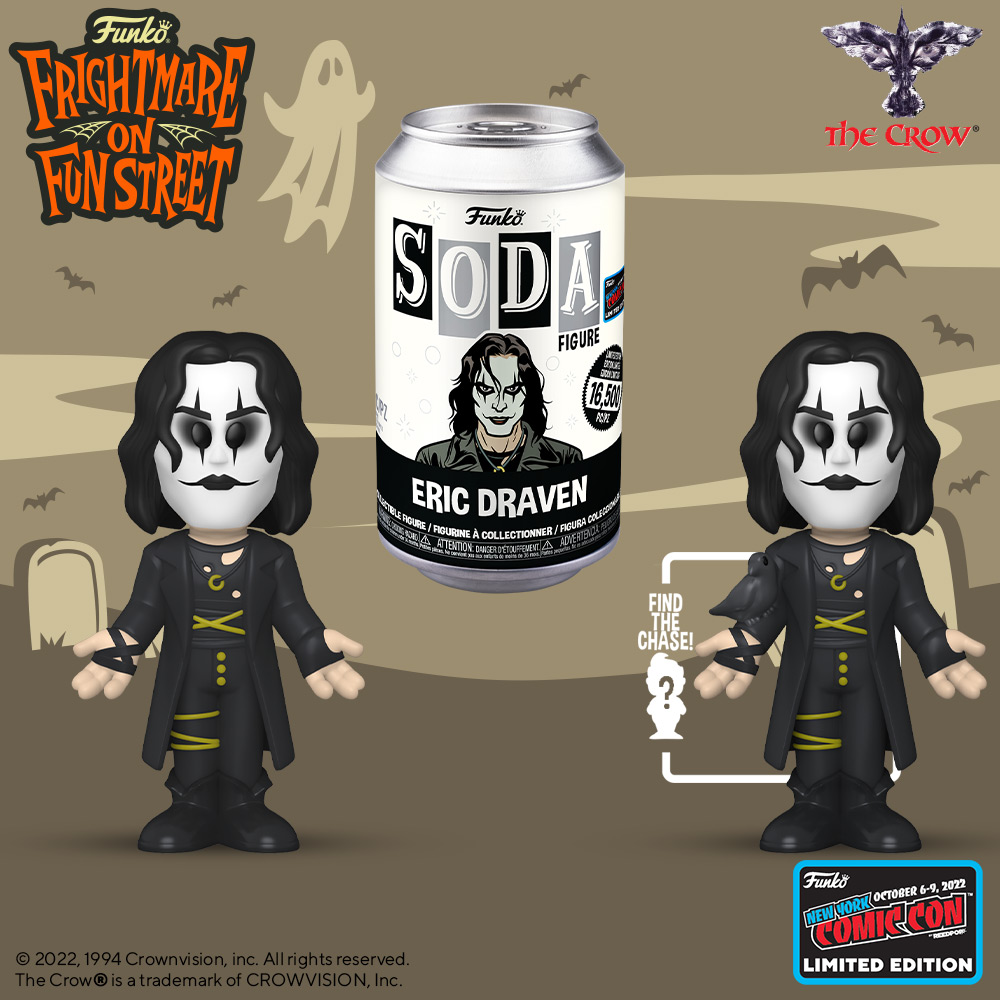 It’s been 28 years since the release of The Crow, and the world is a very different place than it was in 1994. Since then, we’ve seen three more iterations of the franchise (not counting the TV series), and each one has been met with diminishing returns.

The question is, why? What went wrong? Let’s look back at the original film to see what made it so special—and what its sequels got wrong.

The original The Crow was a dark, gritty film that wasn’t afraid to push the envelope. It deals with mature themes like loss, grief, and revenge, and it does so in a way that is both poetic and stylish.

The visuals were groundbreaking for the time, and the action sequences were choreographed to perfection. It’s no wonder that the film has gone on to become a cult classic.

While the first The Crow could get away with its dark themes and graphic violence, subsequent films in the franchise were not as lucky.

In an attempt to duplicate the success of the original, subsequent films became increasingly violent and gorier, to the point where they became parodies.

Moreover, none of the sequels could capture the magic of Brandon Lee’s portrayal of Eric Draven. Instead, they resorted to cheap imitations that only served to cheapen the character’s legacy.

The Crow is an important film not just because it was ahead of its time but because it speaks to a universal truth: we all have darkness within us. It’s what we do with that darkness that defines us.

The sequels may have missed the mark, but the original will always be remembered as a timeless classic.