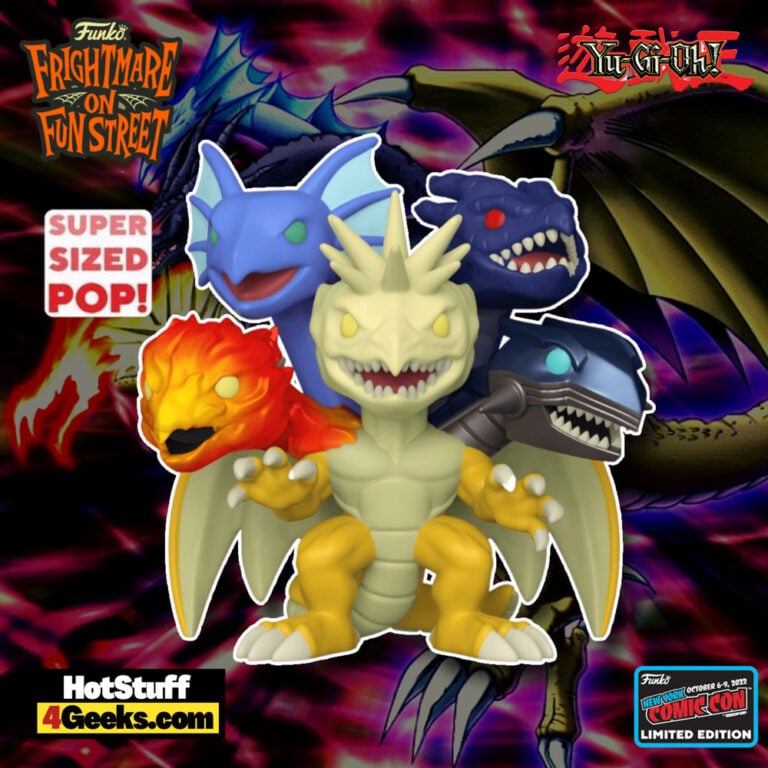 As any duelist knows, the Yu-Gi-Oh! Universe is home to some mighty monsters. Among the strongest is the Five-Headed Dragon, a fearsome creature with 5,000 attack points.

This dragon is so powerful that it can only be summoned by sacrificing 5 monsters of different attributes. However, the Five-Headed Dragon is not without its weaknesses.

For one thing, it is susceptible to card effects that disable dragons. In addition, its high attack points make it a prime target for monster removal cards like “Banisher of the Radiance” and “Evilswarm Ouroboros.”

Ultimately, the Five-Headed Dragon is a powerful creature that can swing the tide of battle in any duelist’s favor – but only if used wisely.

The New York Comic-Con 2022 exclusive Five-Headed Dragon Funko Pop! Vinyl Figure can be found at the links below as soon as the online sale begins (click to jump!) 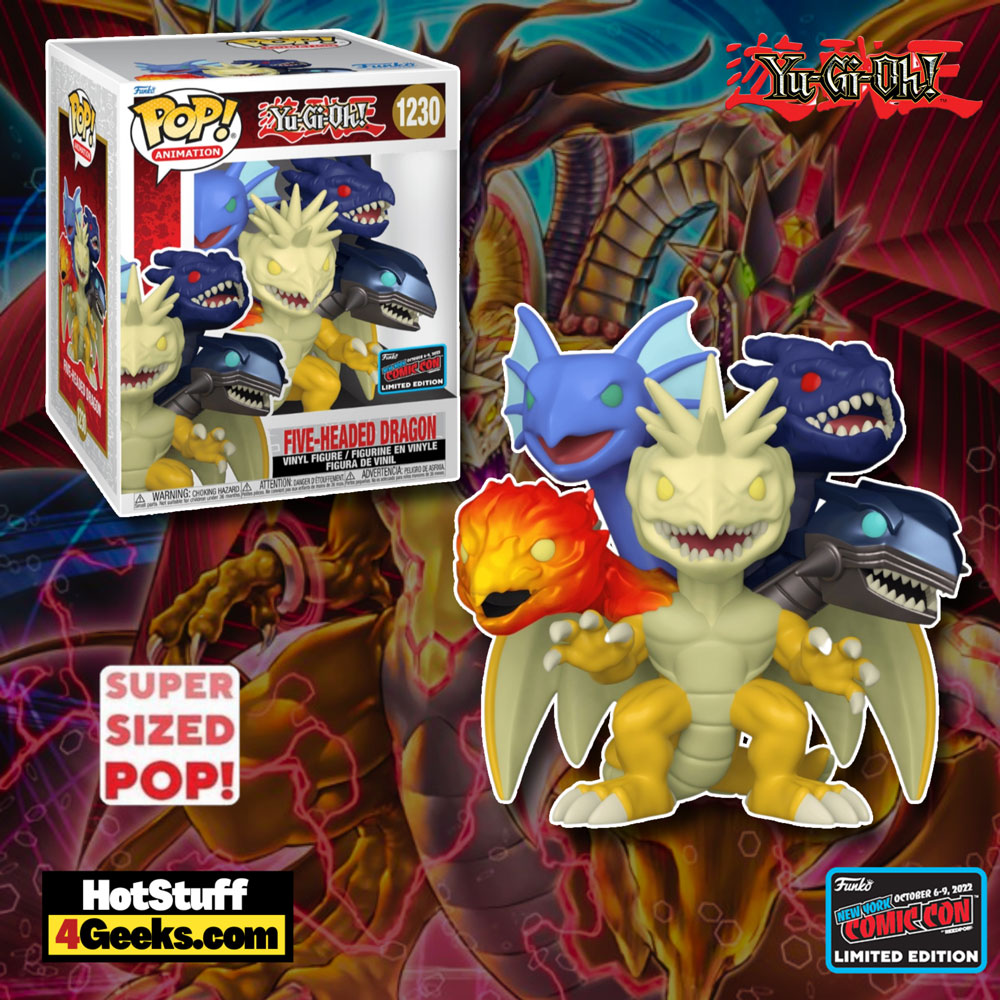 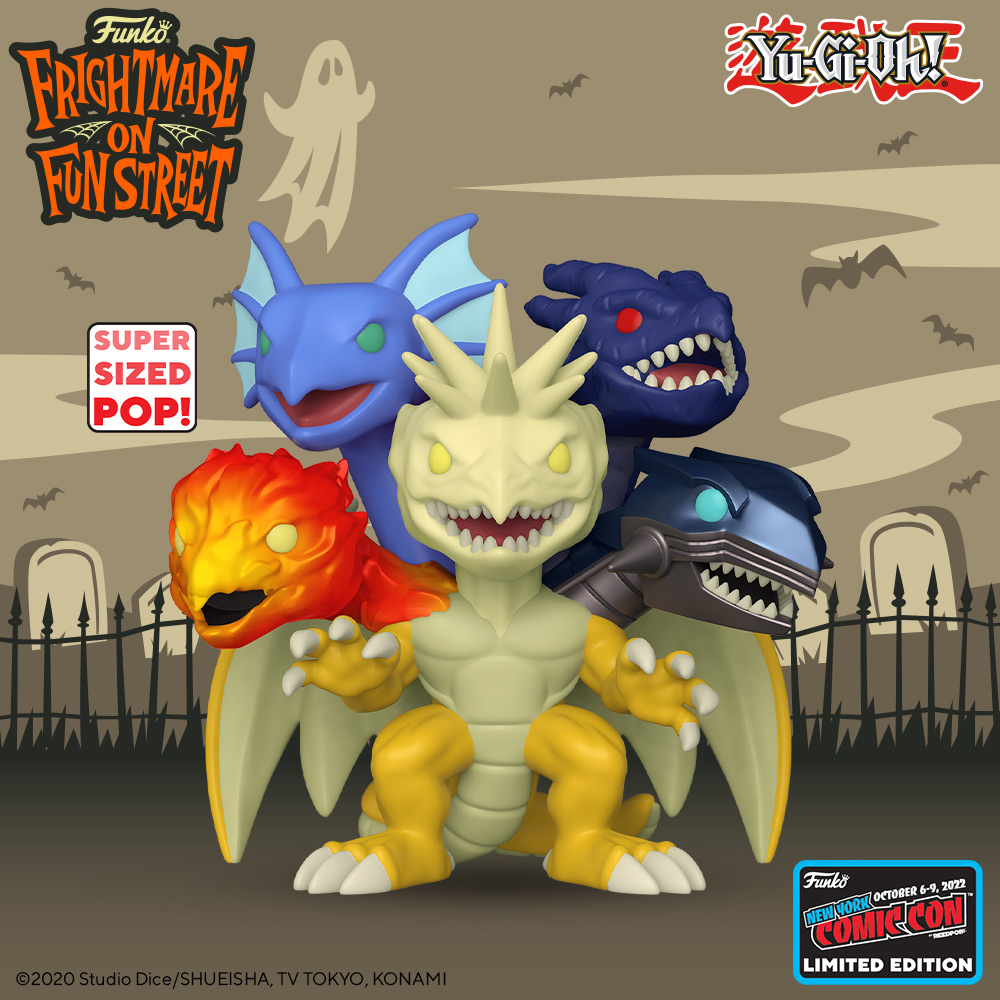 Launched in 1996, Yu-Gi-Oh! quickly became a geek culture icon by popularizing one of the most famous card games of all time.

The original work appeared on paper but soon gained visibility and expanded to the small screen and big screen, as well as into the world of games – digital and physical.

Although many people know the series from the anime, Yu-Gi-Oh! originally appeared in the manga.

It wasn’t until 1999 that the story was given a physical collectible version of the card game and, the following year, an anime adaptation.

As bizarre as it sounds, the series’ focus was not precisely on monster card dueling. Instead, in the original plot of the manga, the protagonist Yugi Muto faces several conflicts that are resolved through various games.

The card game, however, was introduced only during the plot.