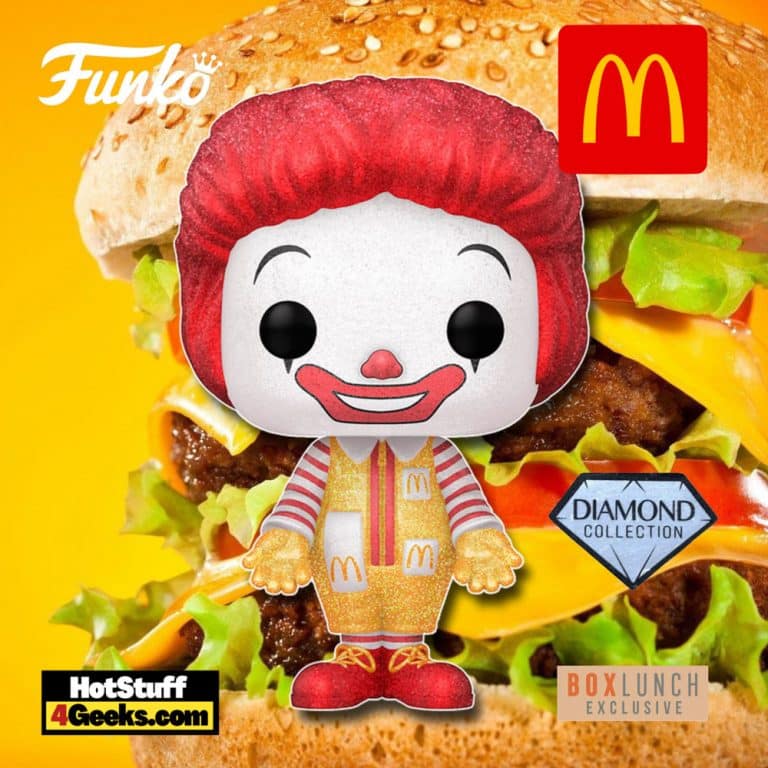 We all know the most iconic clown in the fast-food world, our dear friend Ronald McDonald. Standing just under four inches, he’s the perfect gift for our lunch buddy.

The Diamond Glitter Ronald McDonald Funko Pop! is now available for pre-order at the links below (click to jump!) Also, be sure to check out more images and some of the clown’s history right down. 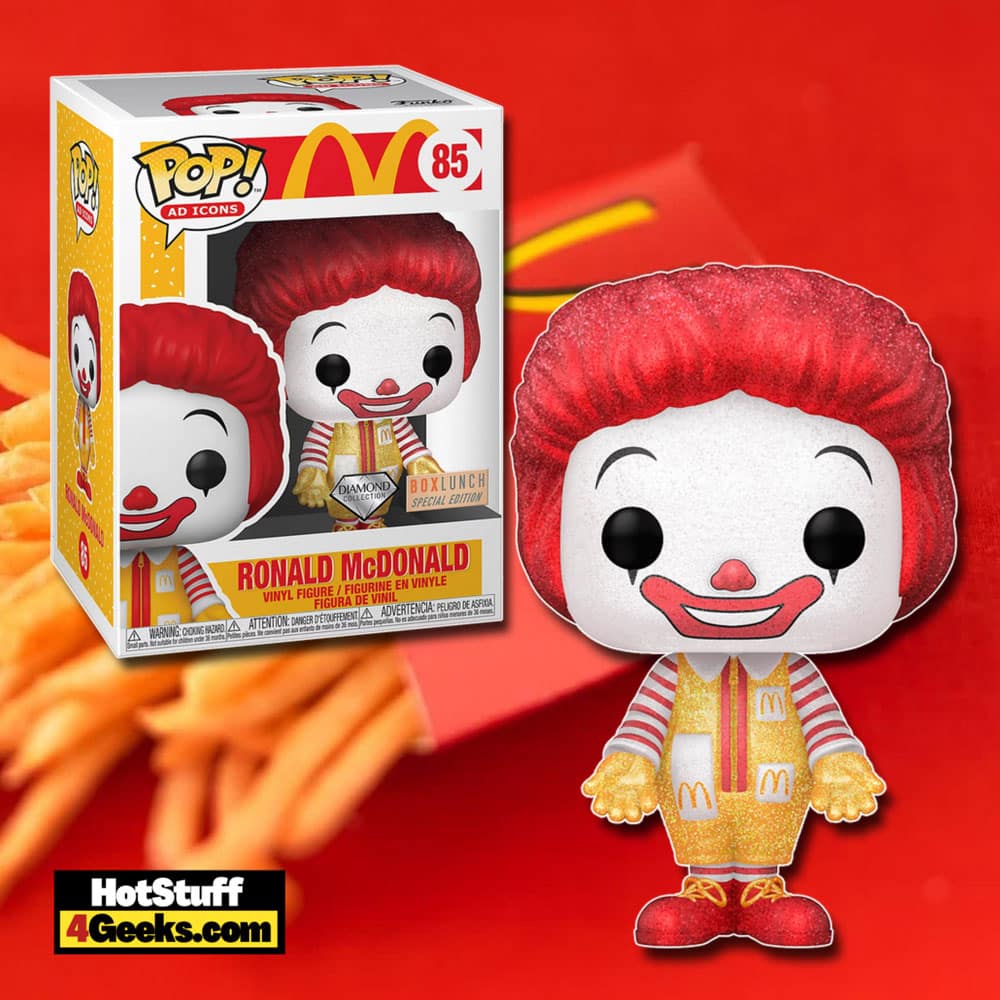 Ronald McDonald was born in 1963 after the success of Bozo the Clown. At that time, clowns were still very successful among children, becoming a target to which the fast-food chain wanted to aspire.

The first portrayal was commissioned to Willard Scott and later was assigned to other show business personalities. But it was from the work of Michael Polakovs, a professional clown, that Ronald McDonald acquires the appearance that, at least until a few years ago, we were used to.

From the 1960s to the present day, only 12 people have been officially recognized as actors of the Ronald McDonald character. A fact that seemed too modest compared to the countless appearances that the clown was required.

The most curious thing about Ronald McDonald is that the fast-food multinational claimed that he was a real character endowed with magical powers. The actors who played Ronald were trained with the utmost care and were obliged not to reveal any secrets, subject to highly punctilious contracts.

Rumors say that Aye Jaye, a well-known magician and entertainer, was hired as Ronald McDonald as “chief clown” to instruct all future clowns in the company. One of them even got into trouble with the police: he was involved in a minor accident while still wearing the mascot’s clothes and categorically refused to reveal his true identity. But, of course, he was Ronald McDonald and could not have gotten out of character in any way! 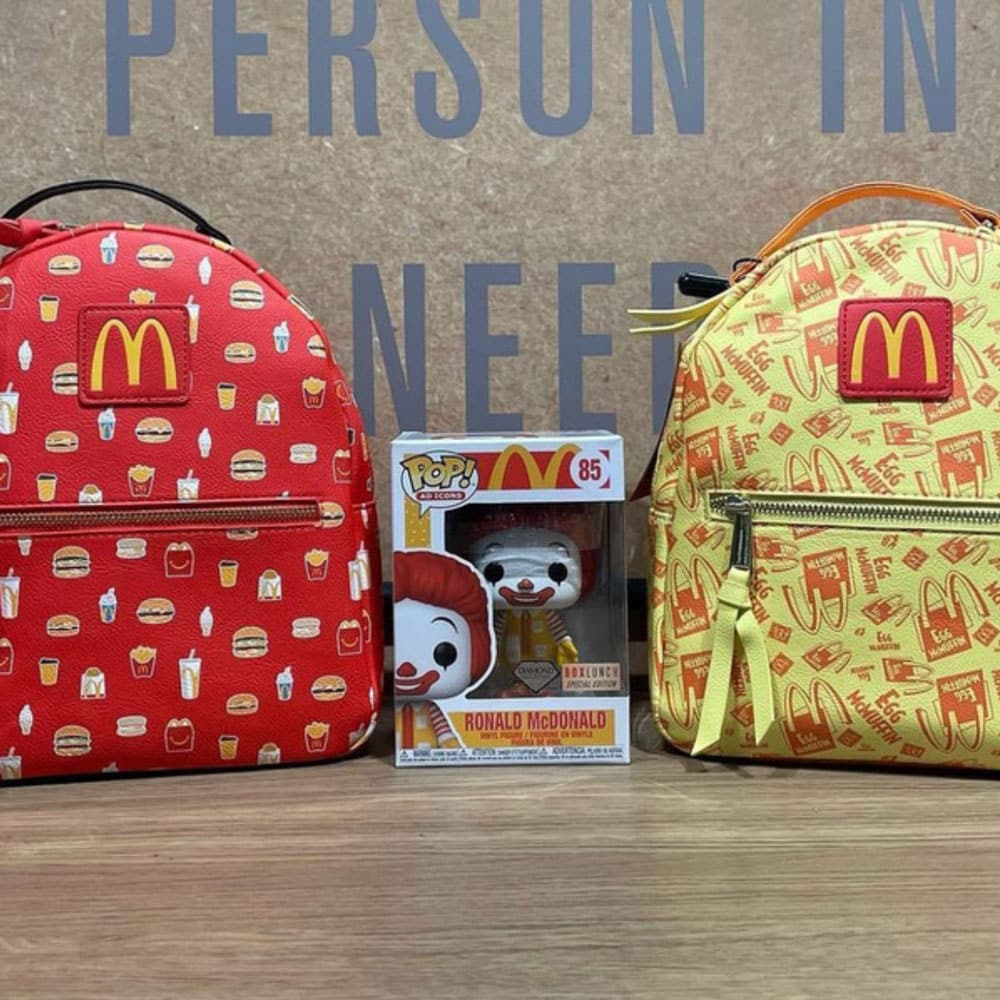 The Diamond Glitter Ronald McDonald Funko Pop! is now available for pre-order at the links below (click to jump!)

The beginning of the end for Ronald McDonald began in 2002, when accusations of overly aggressive advertising to children grew, along with increasing concern about the impact of fast food on people’s health.

So in 2003, the company began a new strategy to move the clown away from his mascot role, declaring him  ambassador of happiness and fun with the official position, within the company, of “Chief Happiness Officer.”

This change became even more evident in 2005 when new commercials were launched in which the clown played sports, or enjoyed fruits, considered a healthy food. In addition, the actors who played Ronald McDonald were increasingly chosen for their physical appearance: they had to convey the idea of being real athletes.

Despite these efforts, the public’s attention continued to decline dramatically even though McDonald’s tried to make its mascot seem more and more interested in children’s health, advising them on a healthy diet and games that turned into exercise. The more the years went by, the more it became a costly liability for the company without bringing in profits.

The company’s latest move was to launch a new Ronald McDonald on social media after a makeover assigned to a very skilled designer. Although McDonald’s claimed it was a success, the clown’s new look made the hashtag “NotLovinIt” fly among the top trending topics on Twitter.

Another problem was the appearance of terrifying clowns, which further ruined this figure that entertained children. The insistence with which the company stressed that Ronald McDonald was an authentic and magical character did not help, considering the strong resemblance to the one in the IT movie.