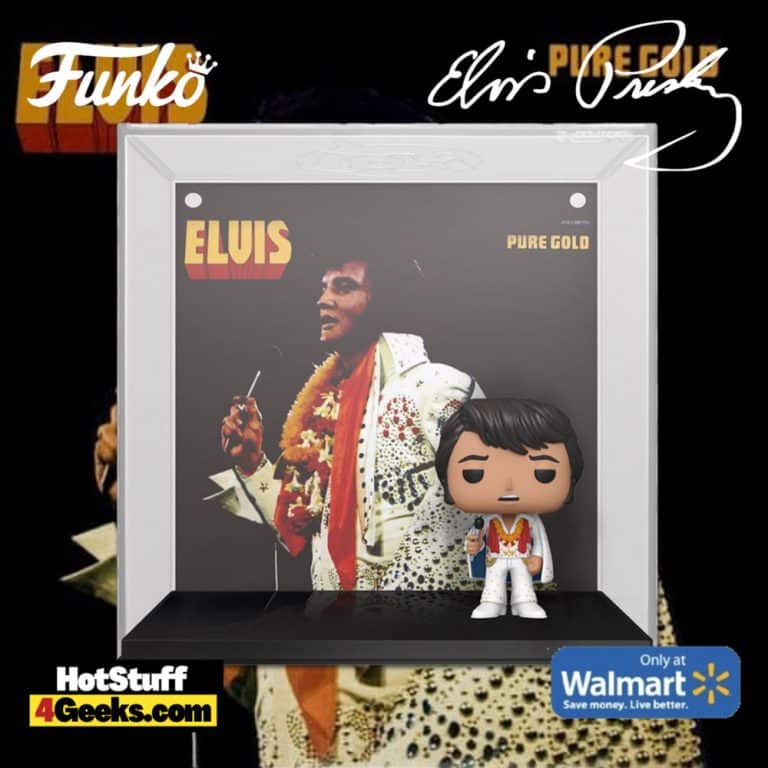 The King of Rock and Roll is back!  The new Funko POP! Albums: Elvis – Pure Gold Funko Pop! Album Figure with Case featuring the American singer and musician and the compilation album released in 1975 by RCA Records

Elvis Presley was a cultural icon who changed music history, boosting rock music in the 50s. Elvis earned the title of King of Rock and became a worldwide idol, something totally unprecedented for a musician.

The singer was one of the leading pioneers of rockabilly, one of the first rock and roll sub-genres, which appeared in the 1950s. With his unusual style, a big top on his head, and shiny clothes, Elvis showed the world an unprecedented musical and cultural aesthetic.

Funko POP! Albums: Elvis – Pure Gold Funko Pop! Album Figure with Case is now available for pre-order at the links below (click to jump!) It’s expected to be released in September 2021. 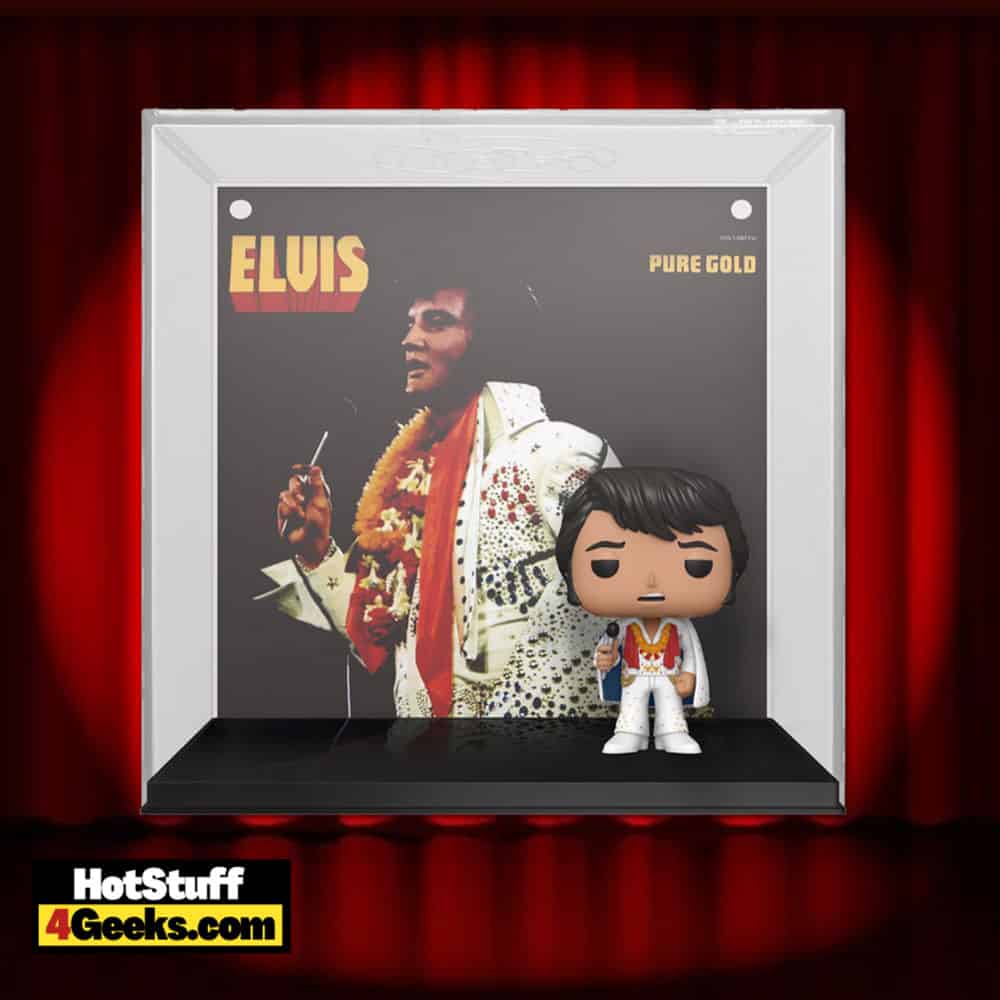 Throughout his amazing career, Presley helped popularize rock music in the USA. He also won three Grammys for his gospel recordings. A major musical force, Elvis had 18 #1 singles, including “Don’t Be Cruel,” “Good Luck Charm,” and “Suspicious Minds,” as well as countless gold and platinum albums.

He was one of the first artists to be inducted into the Rock and Roll Hall of Fame in 1986. Elvis is still recognized for his contributions to various genres of music, especially rock, country, and gospel.

Over the years, several films and documentaries have explored the enigmatic artist, including a 2005 TV miniseries starring Jonathan Rhys-Myers in the role of the singer. His mansion in Memphis, Graceland, is open to the public, and fans from all over the world visit it annually, especially on the anniversary of his death.