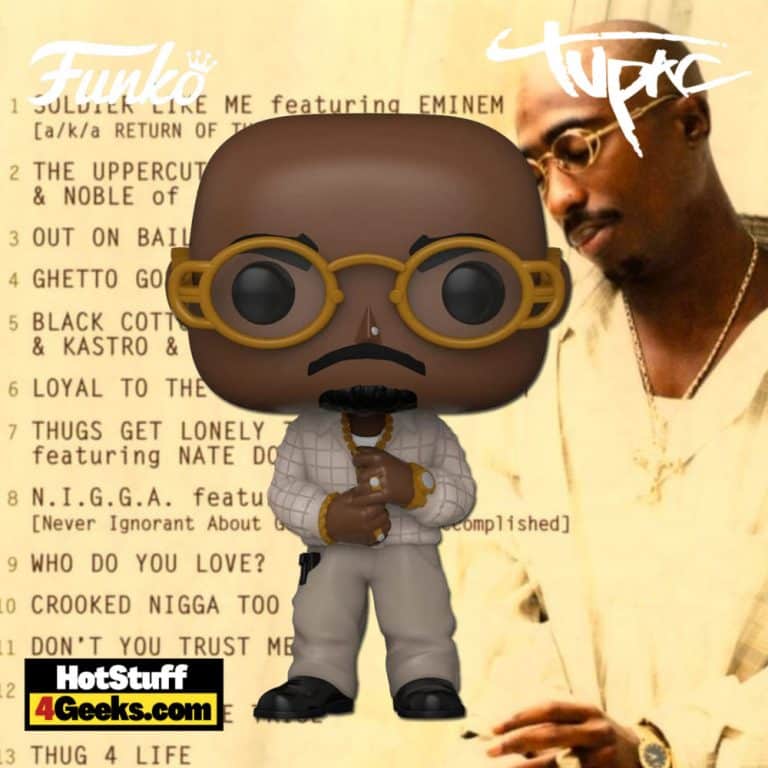 Tupac Shakur is considered one of the greatest and most influential rappers of all time. Highly influenced by Shakespeare, poetry and born into an extremely politicized environment, Shakur became known for lyrics that mixed all his poetic and rhythmic knowledge with inner anger that generated some of the rapper’s classics.

Tupac was killed on September 13, 1996, while driving in Las Vegas. His death, until today, is surrounded by theories about revenge, gang fights, and even the chance that he remained alive.

Never forget where it started, the life and lyrics of Tupac, by collecting this unique Pop! of Loyal to the Game, a tribute to 2Pac’s 9th album, and his 5th posthumous, released on December 7, 2004, under the Amaru Entertainment and Interscope Records label.

Note: Tupac is no longer coming with an album and will be sold as just the Pop.

The Loyal to the Game Tupac Funko Pop is now available for pre-order at the links below (click to jump!) 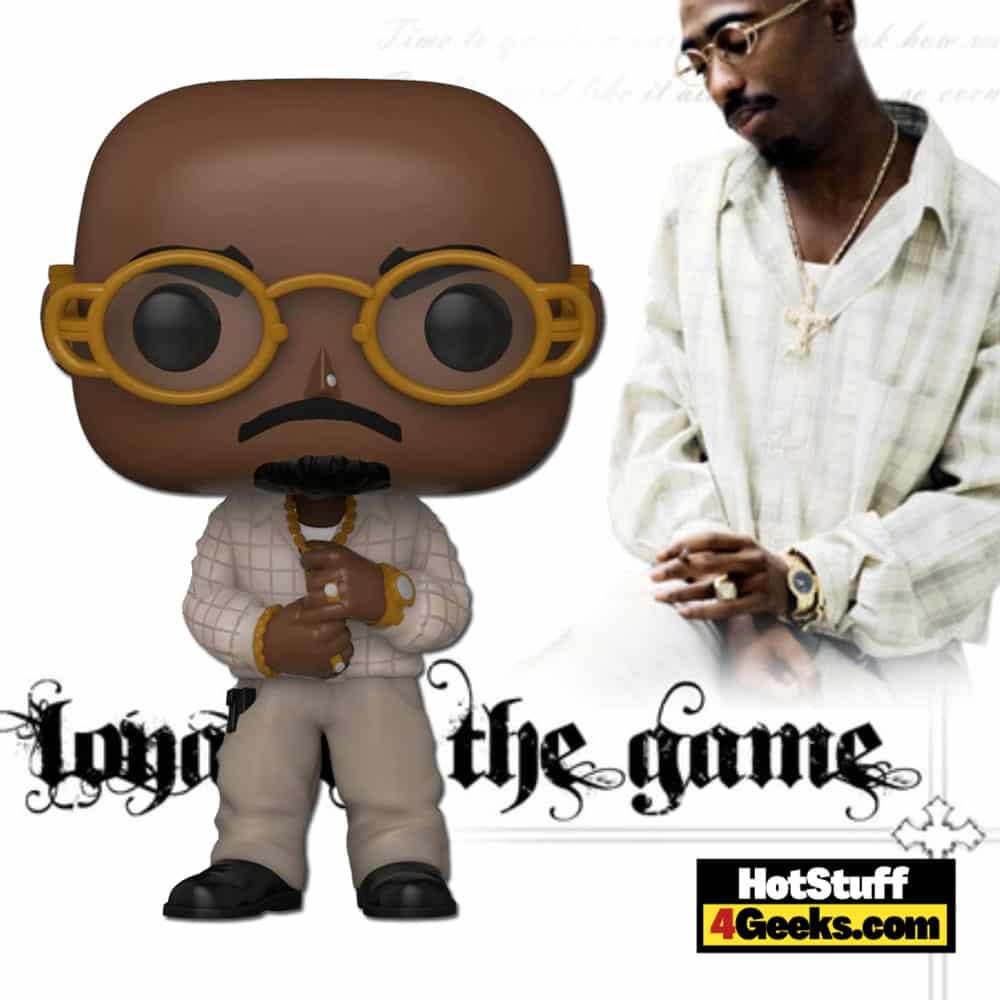 Shakur’s body was cremated one day after his death. However, some of his ashes were mixed with marijuana and used by members of the group Outlawz.

Shakespeare and The Streets

Shakur‘s love of theater and Shakespeare has also influenced his work. He studied theater at the Baltimore School of the Arts, where he understood the Shakespearean philosophy of gang battles and intercultural conflict.

Shakur was arrested for sexual assault in February 1995. Shortly after that, he released the multi-platinum Me Against the World and became the first artist to chart an album at number one on the Billboard 200 while serving time.

“Same Song” The Door to Success

Even though he started recording in 1987, his life as a professional rapper only took off in the 1990s when he released Same Song. The track was part of the soundtrack to the 1991 film, Nothing But Trouble.

“Me Against The World!, The Masterpiece

His third album, Me Against The World, was very well received, and many still consider it the most outstanding work of his career. The project is regarded as one of the greatest and most influential hip-hop albums of all time.

Nickname Inspired by an Italian Philosopher

Shakur, after his success, started using the nickname Makaveli, after the Renaissance philosopher and strategist Niccolò Machiavelli, whose writings inspired Shakur during his time in prison. However, one of Niccolò’s most striking ideas was that a leader could eliminate his enemies in any way necessary.

Later, Shakur even opened a record label under the name Makaveli Records, which was intended to label artists that the rapper would be interested in developing or signing. His future projects were also to be released through this label.