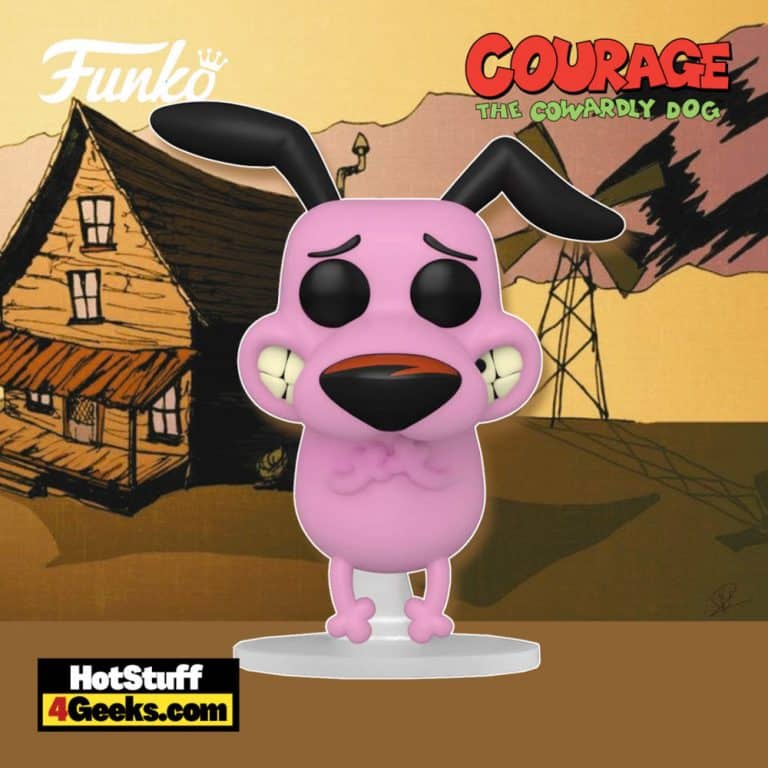 In 1999, the world met Courage, a pink dog who, despite being very fearful, would face any danger to save his beloved owner Muriel.

The original series from Cartoon Network was a success and resulted in 4 seasons and a legion of passionate fans. Despite the scary theme, Courage the Cowardly Dog had a highly positive message of overcoming and love.

Created by John R. Dilworth, the show introduced us to downright bizarre villains who for some reason invaded the house located in “Nowhere” and put its residents in danger. Courage was left with the mission, always very creatively, to stop the ghosts and paranormal spirits and rescue the sweet Muriel and grumpy Eustace.

Courage the Cowardly Dog Funko Pop! is now available for pre-order at the links below (click to jump!) Also, don’t forget to check more images from this cute pop right down. 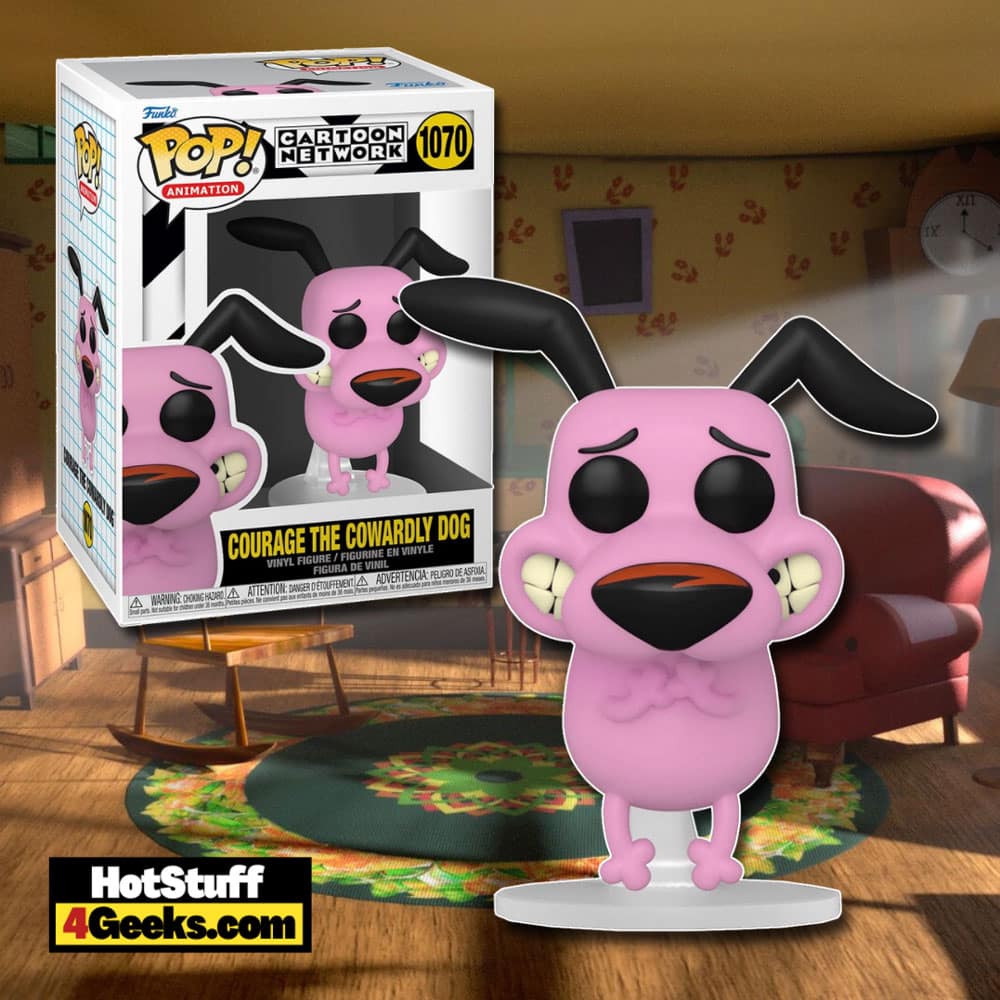 The first episode was “The Chicken From Outer Space,” an independent animated short made by the show’s creator, John R. Dilworth.

It debuted on Cartoon Network on February 18, 1996, and was very well received by the audience, leading the channel to order more episodes. The title was even nominated for an Oscar as Best Animated Short but did not take the statuette.

From the second season onward, Courage has the number of lines decreased. Instead, he has more cartoonish reactions, such as groans and cries of dread.

Curiously, the characters Muriel and Eustace went the opposite way. In the pilot, the elderly couple who own the animal has no lines, only noises and grunts. 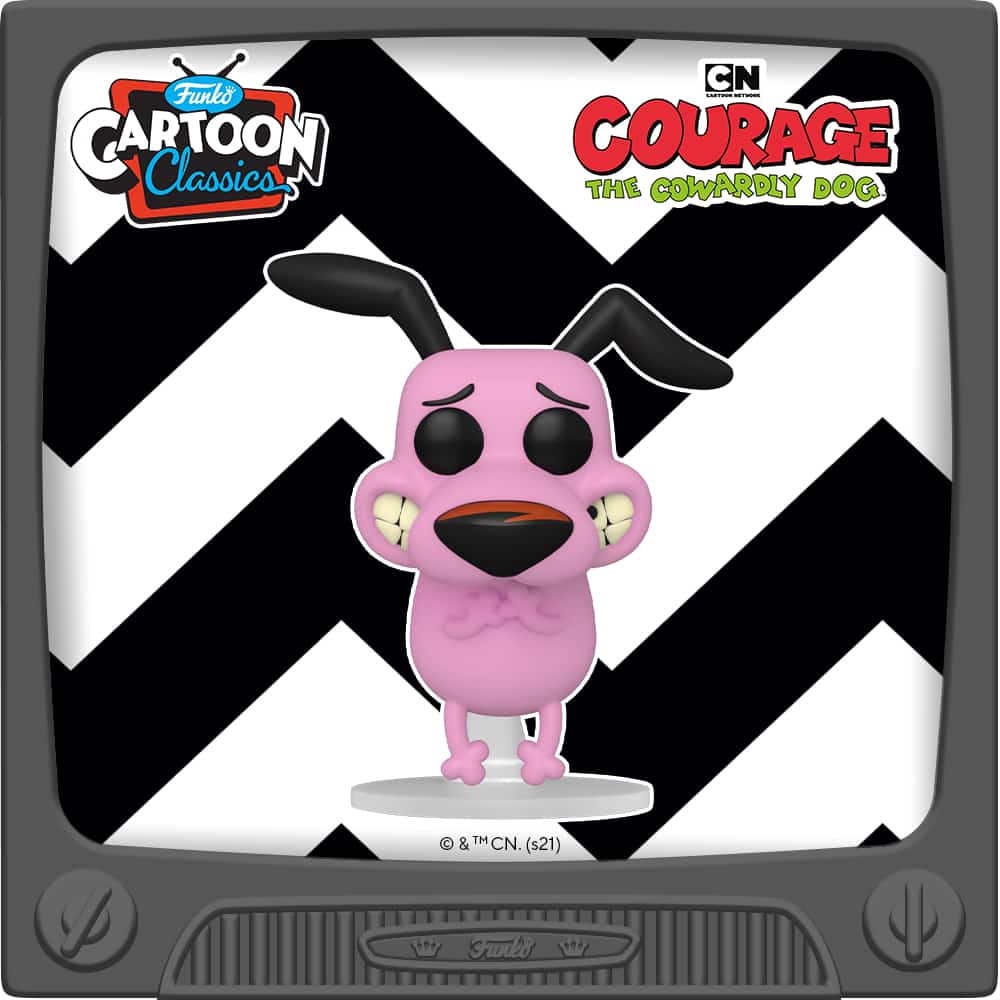 Courage the Cowardly Dog Funko Pop! is now available for pre-order at the links below (click to jump!)

Eustace and Muriel’s names seem perfect for an old married couple, but the choice was for a different reason. These are the middle names – and hardly ever mentioned – of two characters from the series Friends: Chandler Muriel Bing (played by Matthew Perry) and Ross Eustace Geller (David Schwimmer).

The cartoon’s scripts are full of homages and references to classic horror films and literature. For example, hotel Katz is an excellent parody of Norman Bates and “Psycho,” while Muriel’s possession brings back many memories of “The Exorcist.”

The place where Courage lives with his owners is Nowhere. The fictitious town is located in the U.S. state of Kansas and has, besides the farmland, a few houses, and shops.

Interestingly, there is a Nowhere in the United States: it is an unincorporated community in Oklahoma near the Fort Cobb reservation, named after its first inhabitants precisely because it is far from any other location. Apparently, it is not haunted as in the cartoon.