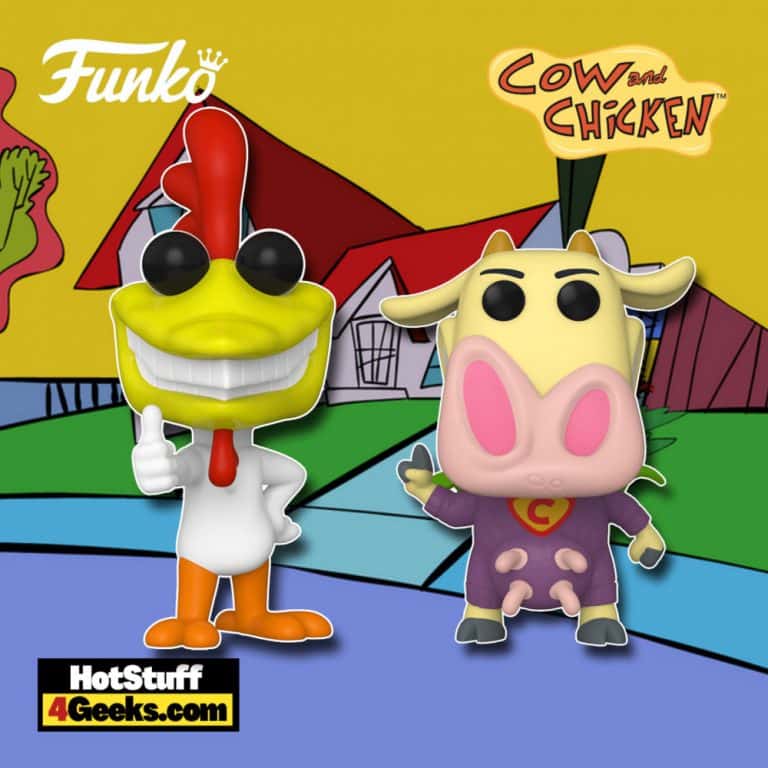 Cow and Chicken is an animated series aired on Cartoon Network, created by David Feiss in 1995, and one of the first to be produced.

The Cow and Chicken universe is quite bizarre, a cow is the sister of a chicken, and both are children of humans. In addition, Red Guy, a naked red guy who resembles the devil, completes the scenario of the series, which has other equally peculiar characters.

Cow and Chicken Funko Pops are now available for pre-order at the links below (click to jump!) Also, don’t forget to check more images of these two hilarious pops right down. 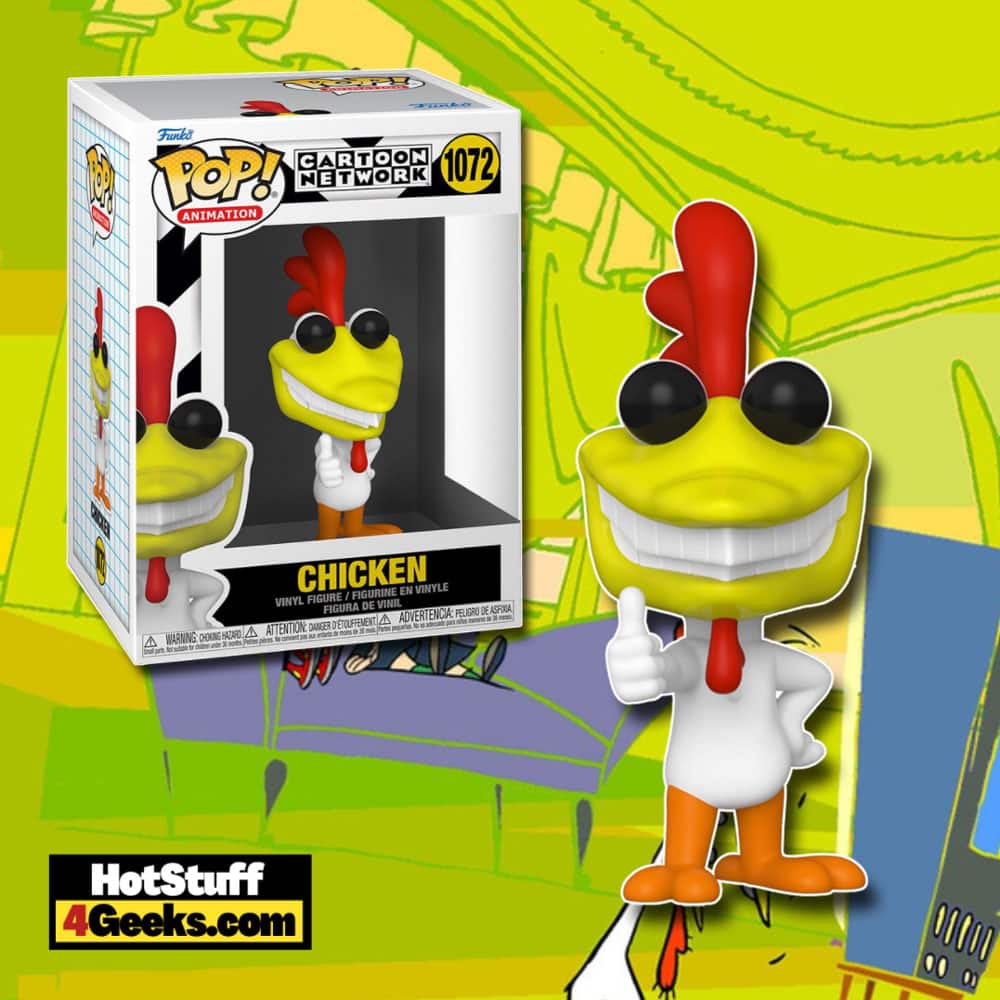 The cartoon tells the story of an unusual family, a father and a mother who are only legs and have two children: a cow and a chicken. The Chicken is the older brother and is usually in a bad mood and doesn’t want to play with his younger sister, the Cow.

The stories unfold in the bizarre adventures of these two siblings, who always encounter the Red Guy, a red creature that resembles the devil and plays endless characters.

Other recurring characters include Earl and Flem, Chicken’s best friends, his cousin Boneless Chicken (who literally gets boned), and the school teacher who always communicates by yelling. Although bizarre, the cartoon generally portrays traditional concerns of childhood and pre-adolescence. 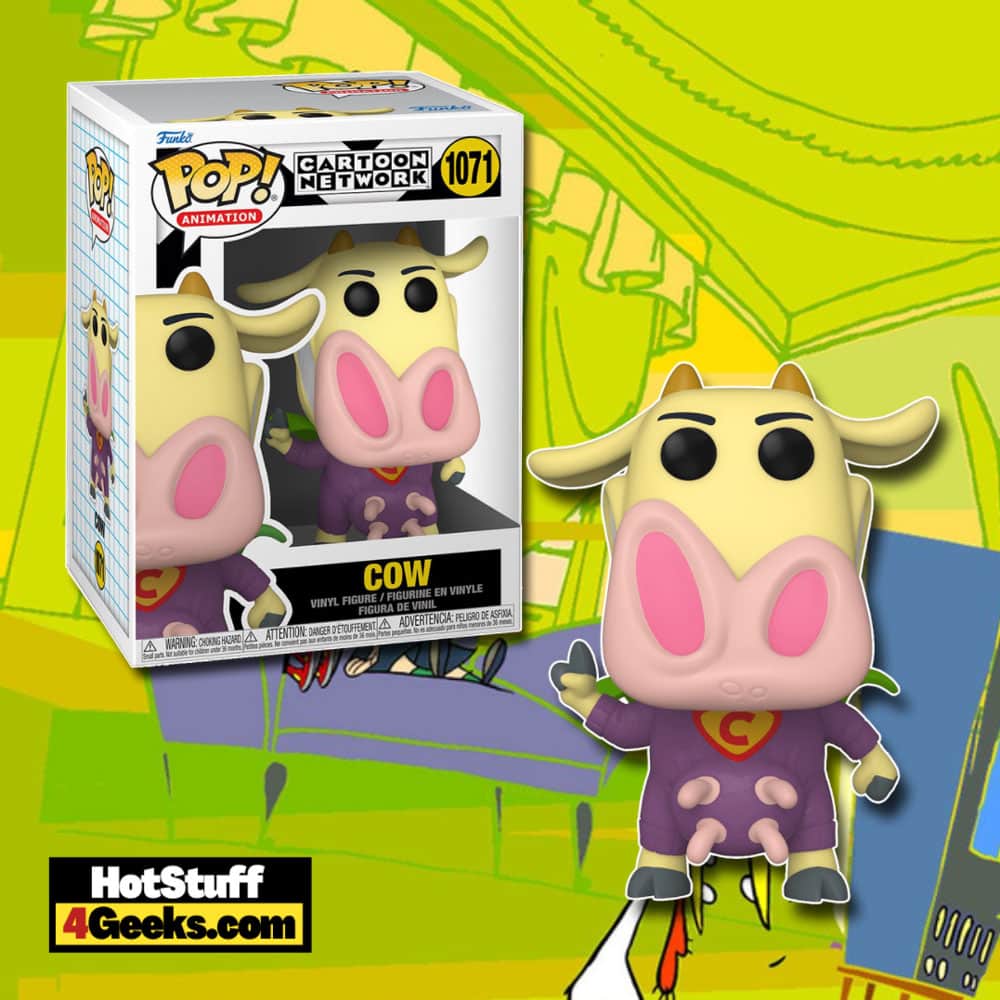 Cow and Chicken Funko Pops are now available for pre-order at the links below (click to jump!)

The Cow is Chicken’s little sister and weighs 200 tons. When Chicken is in danger, Cow transforms into Super Cow, who has the ability to fly and speak in Spanish, and unlike Cow, she is brave. However, no one knows Super Cow’s true identity.

Chicken is Cow’s older brother and usually treats her badly, but deep down, he likes her. Chicken has a superego but usually gets along severely.

Cow and Chicken’s mom and dad are apparently normal, except for the fact that they are only legs. They also often have bizarre attitudes. 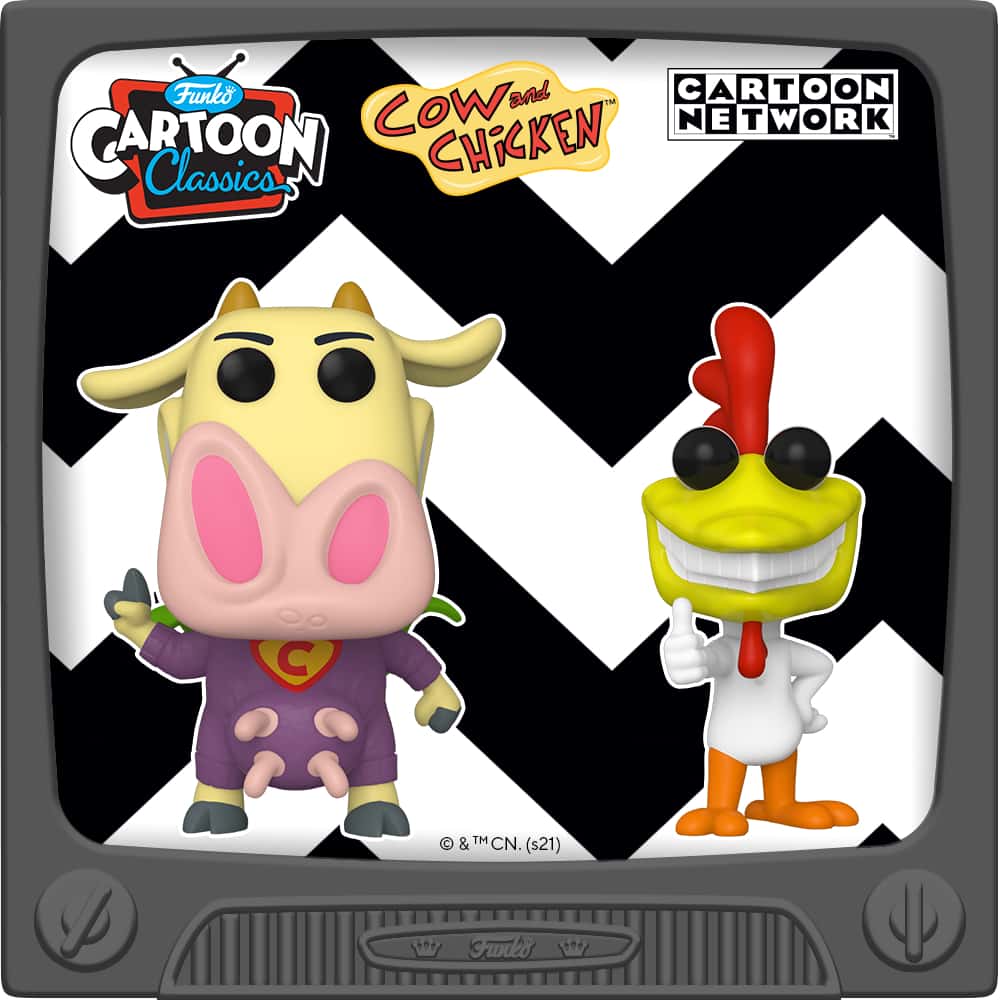