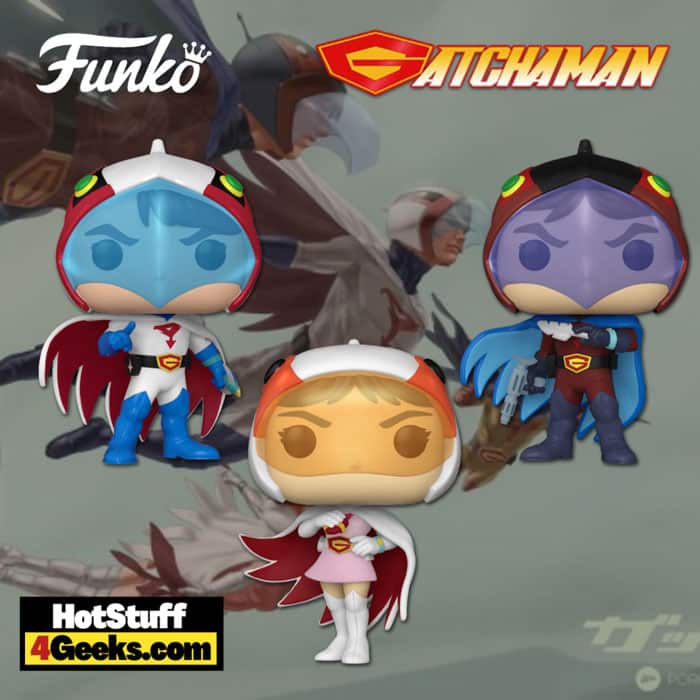 Inspired by the most famous anime series about a five-member superhero team, which debuted in 1972, the most anticipated Gatchaman Funko Pops! have arrived today.

The 70s anime series centers around five young superhero ninja with special bird-based costumes fight an alien invader who wants to take over the Earth at all costs. Of course, to do this they must rely on their powerful weapons and sophisticated vehicles, made from the most powerful technology available.

Changeman? Flashman? Jetman? No. Despite all the similarities, this group goes by the name of Gatchaman and can be considered the prototype of the sentai movies, which years later would become one of the most profitable film genres produced in Japan.

Together they fight the tech-savvy villains, Galactor, who are trying to control Earth’s natural resources! Save the planet and collect Ken, Jun and Joe now:

Gatchaman: Ken The Eagle, Joe The Condor, and Jun The Swan Funko Pops are now available for preorder at the links below. 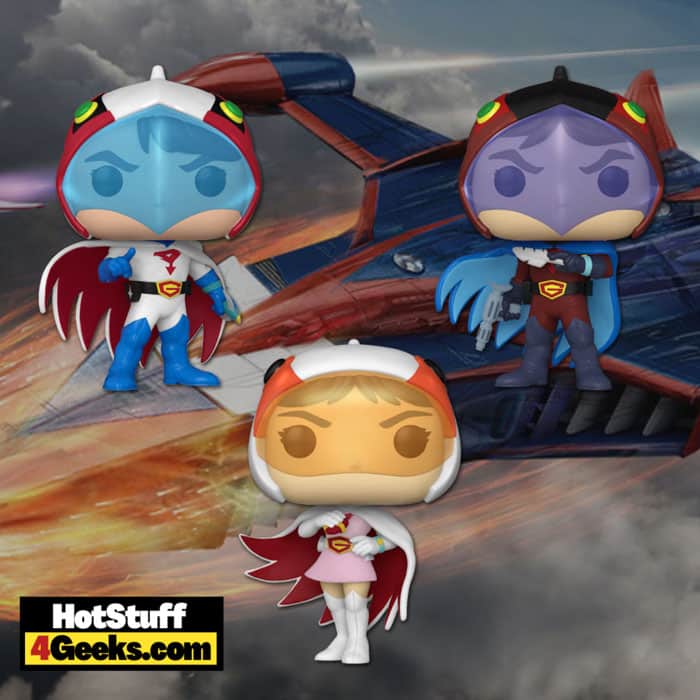 Many consider Gatchaman (which was almost named Birdman), as a super sentai in anime. For those who don’t know, super sentai means super squads and is the name given to series like Flashman and Changeman. Analyzing the anime in-depth, we can even agree with this statement. The group is formed by five heroes dressed in fancy clothes inspired by birds and fighting an alien invader (in this case, Gallactor).

The series was very successful in Japan and repeated in the rest of the world, becoming a cult in several countries. Besides the original anime, from 1972, two more sequels were produced: Gatchaman II, in 1978, and Gatchaman Fighter, in 1979, all very successful.

After the three series, the bird heroes were given a revamped remake in 1993, actually a three-part OVA (taking advantage of the wave of releasing video specials of successful anime and tokus from the 1970s). In this OVA the characters appear with a more modern, adult look.

In the original anime, the 5 youngsters Ken (Ken Eagle), Joe (Joe Condor), Jinpei (Jinpei Swallow), Ryu (Ryu Horned Owl), and Jun (Jun Swan), receive a mission from Dr. Nanbu Kozaburo to protect our little planet from the space villain Gallactor who, for a change, wants to take over the world.

The stories followed more or less like a normal tokusatsu, with the monster of the day being defeated by the heroes.