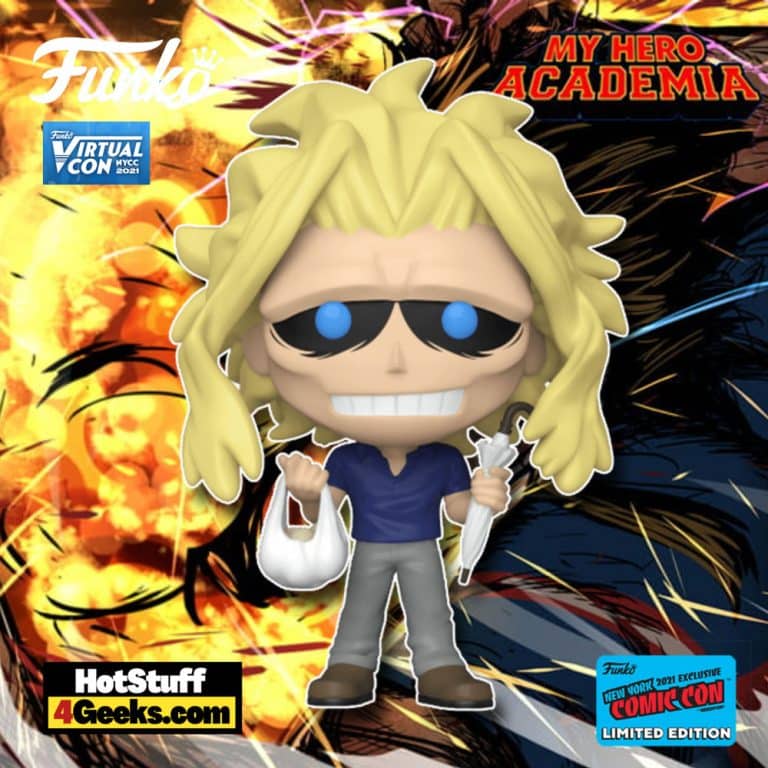 The Funko Pop! Animation: My Hero Academia – All Might Pop! Vinyl Figure is a Funko Virtual Con NYCC 2021 – GameStop Shared Exclusive and will be available at Funko Shop on  October 7th, 2021 at 9 am P.T. and at shared retailers on October 8th at 6 am PST.

Boku no Hero Academia is an anime about a world full of heroes. Even among many super-powered people, the legendary All-Might still reigns as the most powerful of them all.

His kindness and strength have inspired a generation to follow his path, as with Midoriya, who becomes one of My Hero Academia’s most promising students.

The Funko Virtual Con NYCC 2021 My Hero Academia – All Might Funko Pop! Exclusive and Limited Edition is available starting October 7th at the links below (click to jump!) Also, don’t forget to check more images of this cool pop right down. 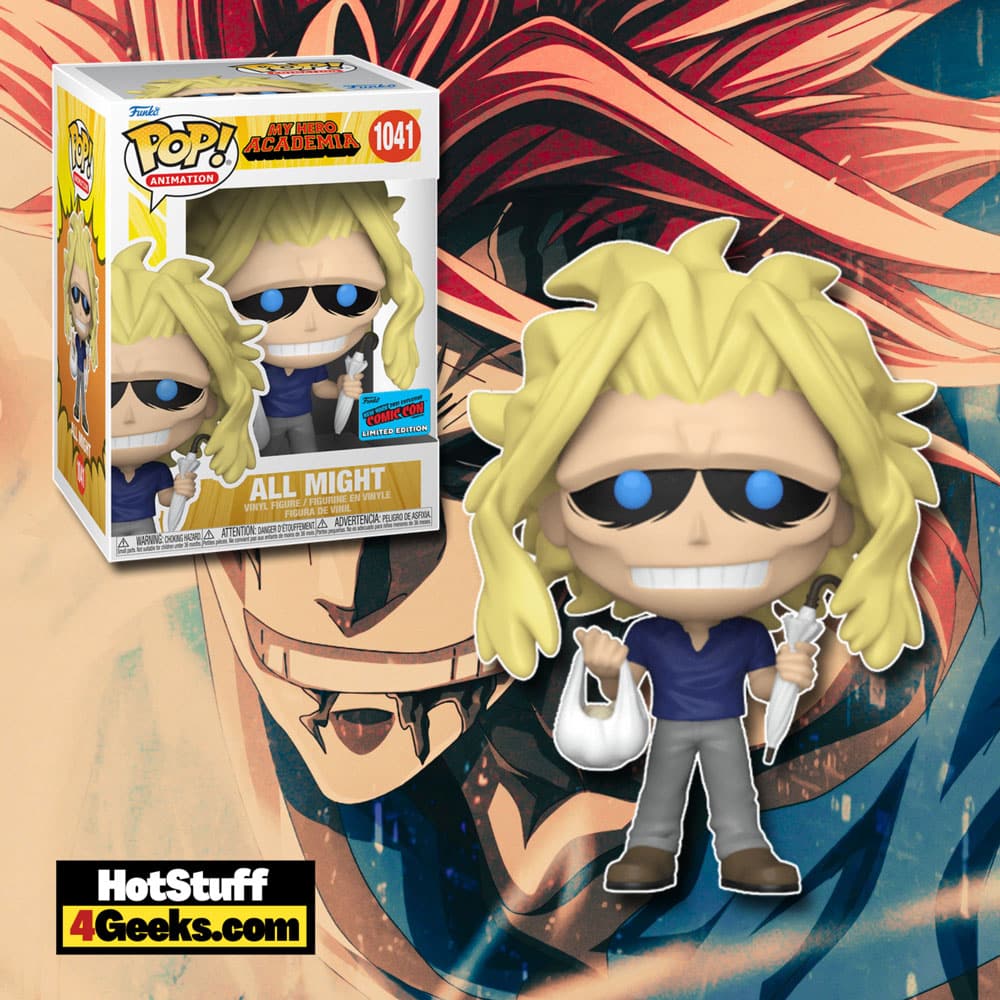 All Might’s individuality was One for All, but he decided to transfer his powers to Midoriya. At his peak, All Might could withstand attacks like no other, almost achieving invulnerability. In addition, he exhibited super strength, super speed, and endurance at levels far above any average human.

The One for All demands a lot of its wearer’s body. So much so that Toshinori would return to a small, frail form after spending some time as the hero. In this form, one of its most striking features is the black eyes. They represent the character’s sunken gaze due to his extreme physical thinness.

All Might is not known as the world’s greatest hero just for his strength. However, he eventually became a Symbol of Peace, inspiring people worldwide to be better and stand up to evil.

All Might is always smiling, whether rescuing a civilian or fighting a giant robot, encouraging everyone to smile. His catchphrase is “Fear not! For I am here.” And over time, his presence began to convey confidence in people, who exalted him as the best hero on Earth.

All Might is retired from hero duties. He gave up his powers to give young Midoriya a chance to enter the U.A. Toshinori saw his youthful version in Midoriya’s dream and decided to invest in the boy’s heroic development.

All Might joins the teaching staff of the A.U. School, where he can give his protégé proper training. He taught Fundamental Hero Studies to Class 1-A, of which Midoriya was a part. In the manga’s final arc, he is serving as technical support for Deku in his hunt for All for One.