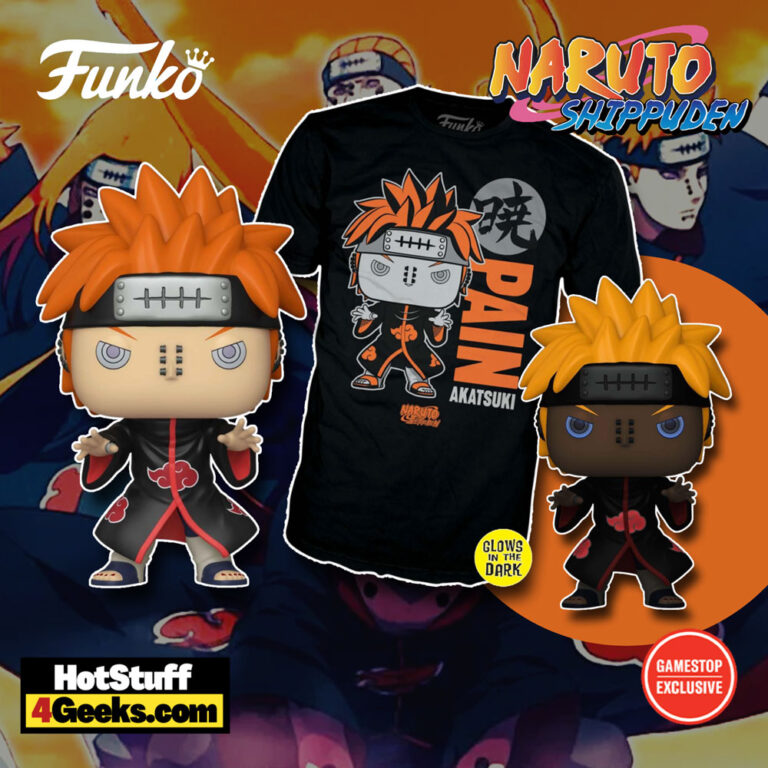 The set includes a glow-in-the-dark Pop! Pain figure and a tee shirt with a battle-ready image of Pain. The word “Akatsuki” appears above and below the image in English and Japanese text. The pop tee is now available for pre-order at the links below – click to jump or scroll to continue reading!

There are a lot of great things about being a villain. You get to be the bad guy, get all the best lines, and generally make things more exciting for everyone involved.

And while there are plenty of great villains out there, one of my personal favorites is Pain.

Everything about Pain just oozes badassery, from his origin story to the epic battle and the Talk No Jutsu moment.

And now, with this Pain figure, we all can bring a little bit of that villainy into our own home!

Modeled after Yahiko as Pain, this vinyl collectible makes a perfect addition to any anime collection.

Naruto Shippuden – Pain Glow Funko Pop! and Tee is now available for pre-order at the links below (click to jump!) It’s expected to be released in November 2022. 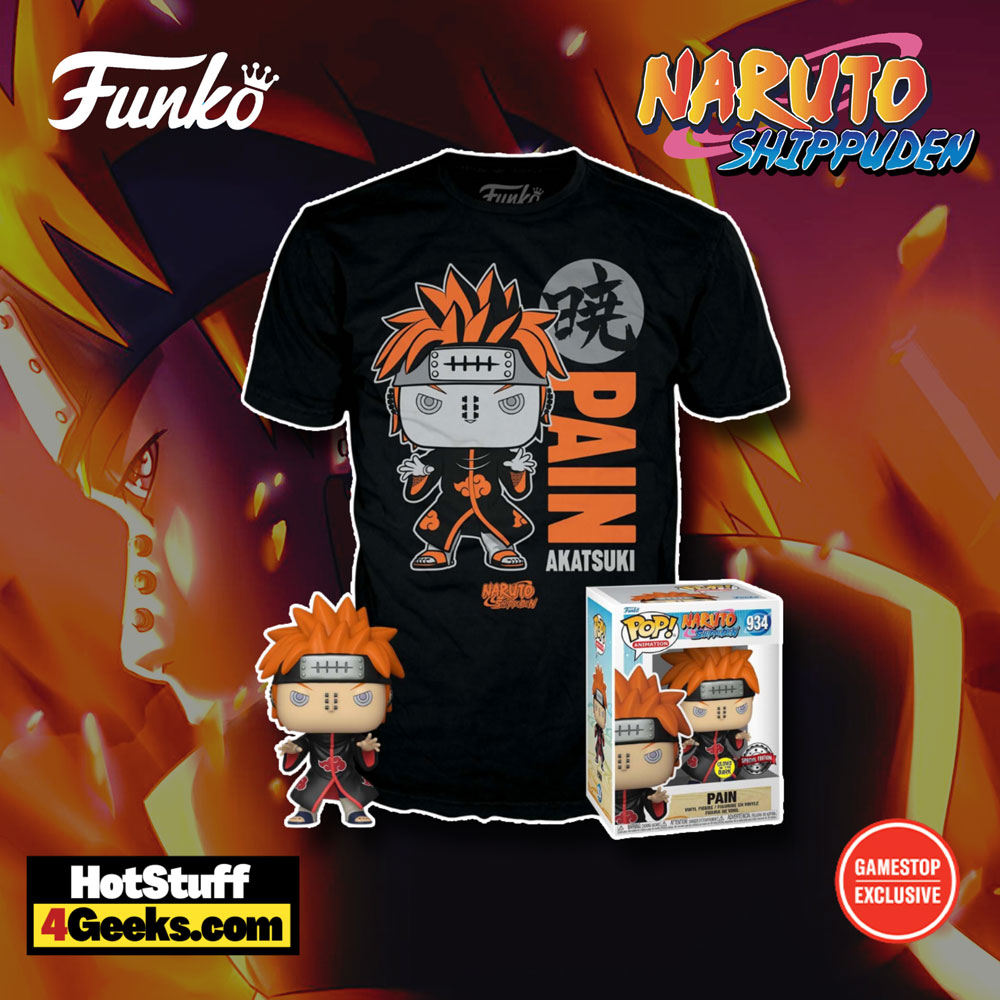 Founder and leader of the Akatsuki, Nagato acts under the alias Pain and decides that people would only come to value peace after they feel the meaning of real pain.

Nagato is the most powerful member of the Akatsuki (and the only one not classified as a Nukenin from his village, the Hidden Raina Village), being the bearer of an exceptional amount of chakra.

And since he possesses a Rinnegan, he quickly learns and enhances a wide range of powerful ninjutsu!

Nagato could even control all the transformations of nature during his childhood, a feat that left Jiraya, his sensei on the Orphans of Ame team, immensely admired.

But Nagato’s most powerful technique is, without a doubt, the Six Paths of Pain, allowing him to control six different bodies as if they were his own, from the reincarnation of corpses of already dead ninjas.

This is a very advanced and forbidden technique, mastered only by Nagato and Obito Uchiha.