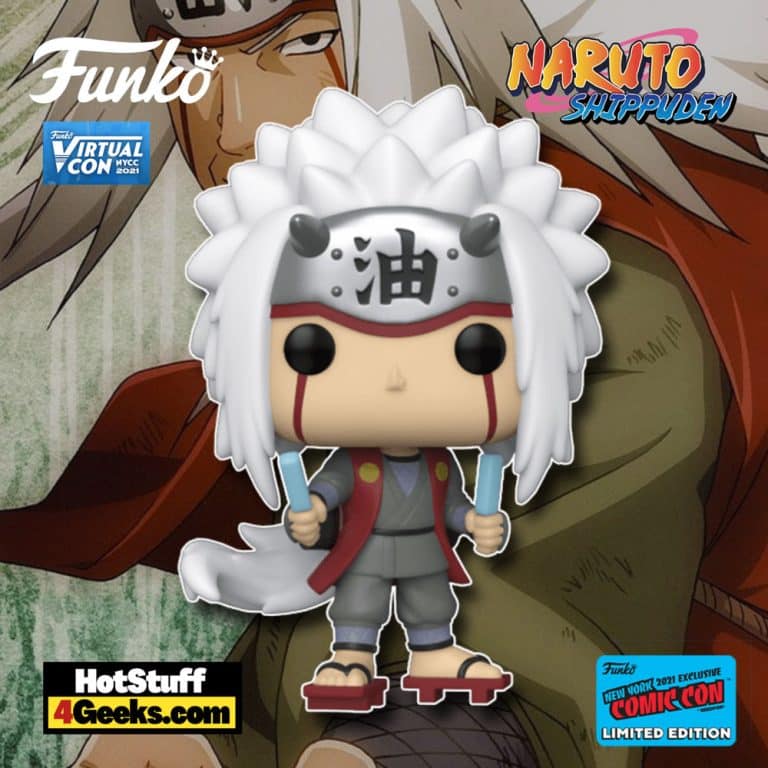 The Funko Pop! Animation: Naruto Shippuden – Jiraiya Funko Pop! Vinyl Figure is a Funko Virtual Con NYCC 2021 – Hot Topic Shared Exclusive and will be available at Funko Shop on  October 7th, 2021 at 9 am PT and at shared retailers on October 8th at 6 am PST.

Among the many unforgettable characters Naruto presents, few have become as beloved as Jiraiya. Of course, the protagonist’s master has a significant impact on the journey the character takes, but as the story progresses, it becomes clear that his influence goes far beyond that. His story has much to offer on its own.

Teacher to several important characters, one of the three Konoha legendary ninjas, and an infamous writer, the shinobi has an incredible history and has continued to affect the ninja world even after his tragic end. 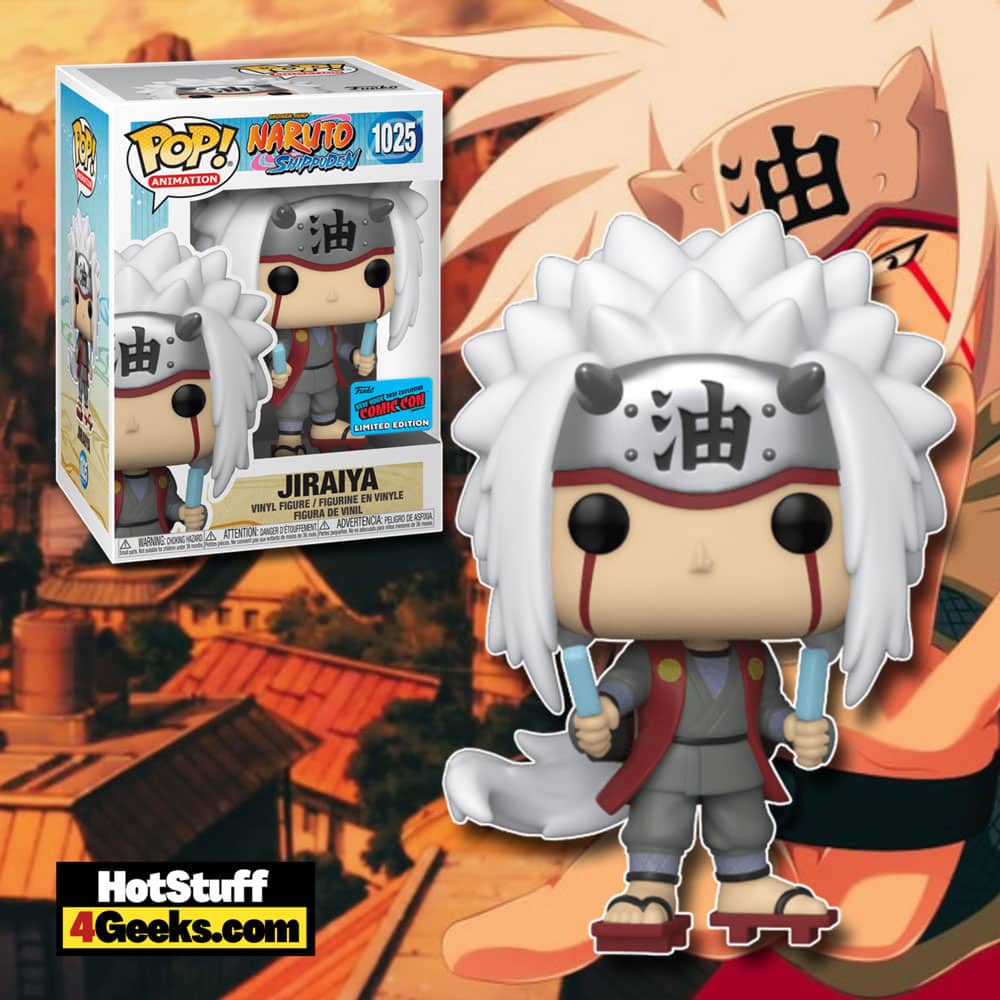 After graduating from the Ninja Academy, the young Jiraiya became part of a team led by Hiruzen Sarutobi, the Third Hokage. Alongside him, Orochimaru and Tsunade completed the trio of genins.

Like Team 7, the team had to go through the rattle test. However, Jiraiya failed the test, getting stuck and being lectured to act more like Orochimaru.

At one point, the shinobi figured out how to get to Mount Myōboku, where the ninja frogs live. Although the manga does not show how this happened, in the anime, his arrival is a consequence of his attempt to perform the summoning jutsu without having a contract.

There, Jiraiya was trained by Fukasaku, who taught him several things, one of the most important being senjutsu, which eventually allowed him to achieve Sage Mode.

While living with the frogs, the Great Toad Sage predicted that the ninja would travel the world and that he would meet the Child of Prophecy during his travels. This child would be one of Jiraiya’s students, who would grow up to save or destroy the world, depending on what he learned from his master.