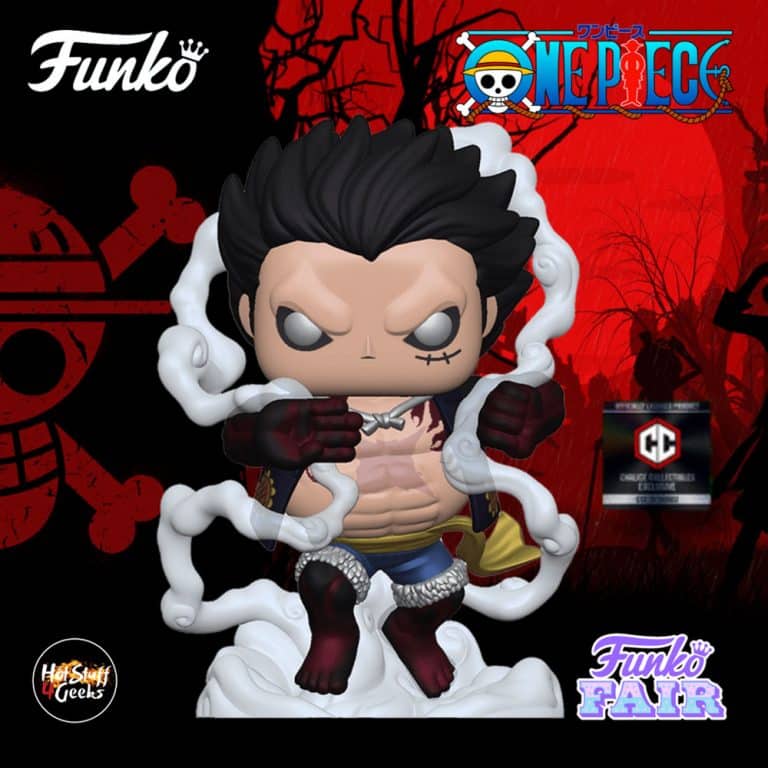 Monkey D. Luffy, he’s got a trick or two to use before he calls it quits, and perhaps one of his most deadly techniques is Gear Fourth.

What you’re witnessing here in this Funko Pop! Animation: One Piece – Luffy (Gear 4th) Funko Pop! Vinyl Figure – Chalice Collectibles Exclusive is Luffy getting ready! The Busoushoku Haki, rising out of his muscles means things are about to get real!

Since its release in 1997, One Piece has been able to recruit a legion of fans who follow the adventures of Monkey D. Luffy and the Straw Hat Pirates in search of the great treasure. Even after a decade of publication, this story still wins over more and more new fans.

This Luffy (Gear 4th) Funko Pop! Exclusive to Chalice Collectibles is inspired by the character from the Eiichiro Oda anime series and is now available for pre-order at the links below (click to jump!) 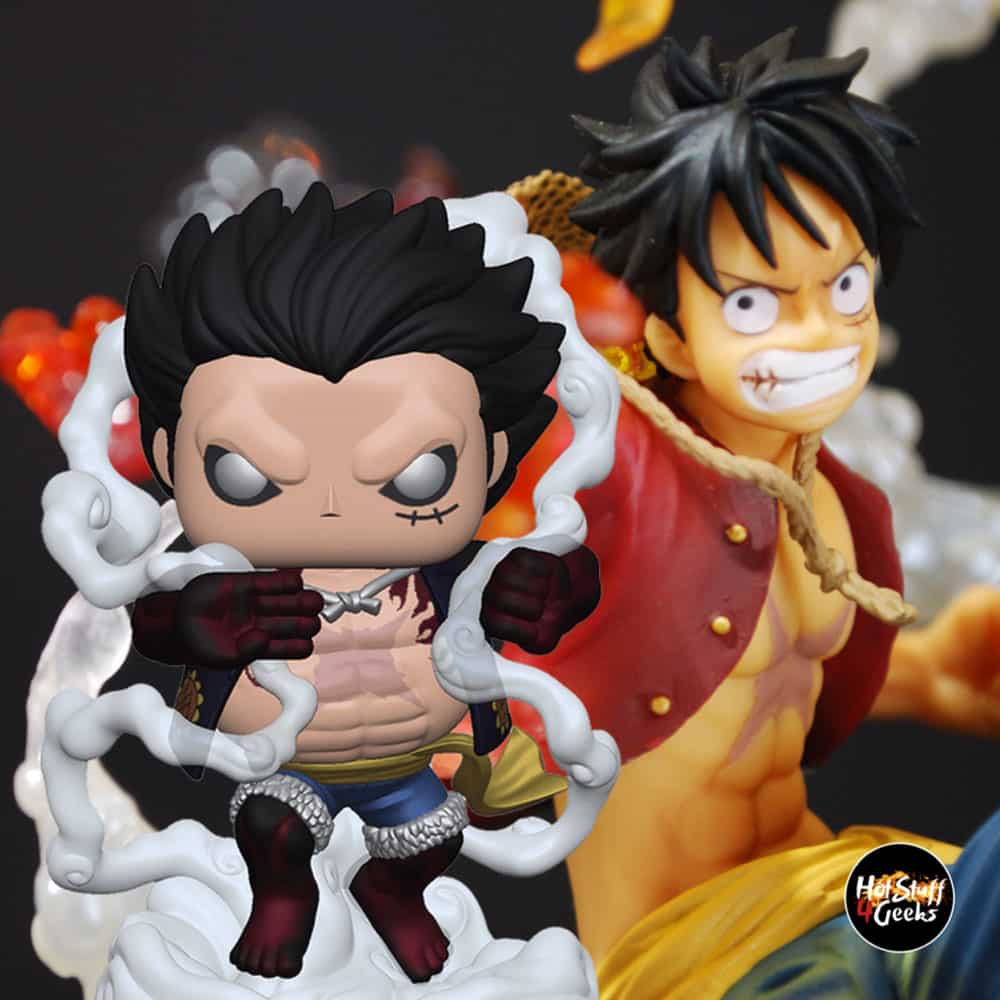 But who is Luffy? What makes this strange boy in a straw hat and slippers so dangerous to the World Government?

Born in East Blue, Monkey D. Luffy is a boy with a very ambitious dream: ever since he was a child, he dreamed of being a pirate! Then, at the age of seven, he met the pirate captain Shanks, his greatest idol! Since that time, he has wanted to be part of Shanks’ crew and travel the world searching for the famous One Piece treasure to become the King of Pirates.

It turns out that it wasn’t that simple to start his journey: Luffy couldn’t join Shanks’ gang, who denied the boy entry because of his young age. So the pirate left the young boy his straw hat and the dream of one day becoming the greatest of the seas.

But Luffy’s life would soon change for good: by accident, the boy ate the Rubber Fruit, one of the Devil Fruits, which turned his entire body into rubber! As a result, despite the incredible powers he gained, Luffy lost the ability to swim.

But who said that would stop a determined boy from achieving his dream? Luffy spent ten years training to perfect his powers and fully master his new abilities, all while preparing to take to the seas and start his own crew!

Although he began his journey alone, Luffy needed a crew to become the Pirate King. In his wanderings around the world, the boy met powerful allies, with whom he formed bonds of trust as strong as that of a family.

Because of his personality, Luffy ended up recruiting a diverse and, let’s say, eccentric team! With people from different places on the planet and unique skills, the captain of the (late) Going Merry (Luffy’s first ship) has a crew that follows him and trusts his decisions.

Rewards for Luffy: Lots of Trouble on the Way

Of course, to reach the precious treasure and become the King of Pirates, Luffy would end up making some (many!) enemies: be it the Navy authorities, bounty hunters, or other pirates, people are willing to do anything to collect the meager bounty placed by the World Government.

Right from the start, Straw-Hat Luffy has angered the Shichibukai and the Yonkou, two influential and dangerous groups of pirates. As a result, Luffy today has a bounty for his capture of 1,500,000,000.00 berries for his feats and prowess and is the second most wanted pirate in the world.

Of all the villains on his long journey thus far, perhaps his most fearsome opponent is Marshall D. Teach, Blackbeard! Besides being powerful, this pirate is completely ruthless in pursuing his goals and does not care about the lives of others.