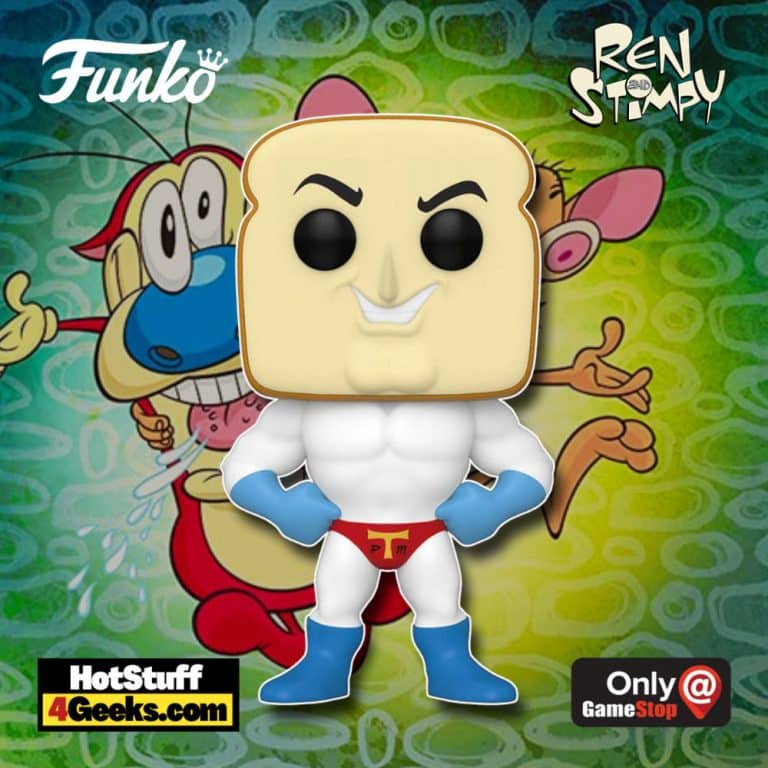 One of the wildest and most provocative cartoons of the ’90s is back with the new Funko Pop! Animation: Ren & Stimpy – Powdered Toast Man Funko Pop! Vinyl Figure – GameStop Exclusive.

Ren & Stimpy chronicles the bizarre adventures of Ren, a skinny, temperamental Chihuahua, and his friend Stimpy, a fat, stupid (but occasionally intelligent) red cat. In addition to the adventures of Ren and Stimpy, the series has a few stories featuring other secondary characters, notably the experiences of the hero, Powdered Toast Man.

Launched by Nickelodeon the year the channel also aired “Rugrats” and “Doug,” the series was the most politically incorrect of the three and reached a wider audience. After being broadcast on the children’s channel, “The Ren & Stimpy Show” also made its way to MTV’s programming.

For a great dose of nostalgia, we can now show our love for an irreverent classic! Don’t be afraid to go a little crazy!

Powdered Toast Man Funko Pop! from Ren & Stimpy is now available for pre-order at the links below (click to jump!) Also, don’t forget to check more images of this pop right down. 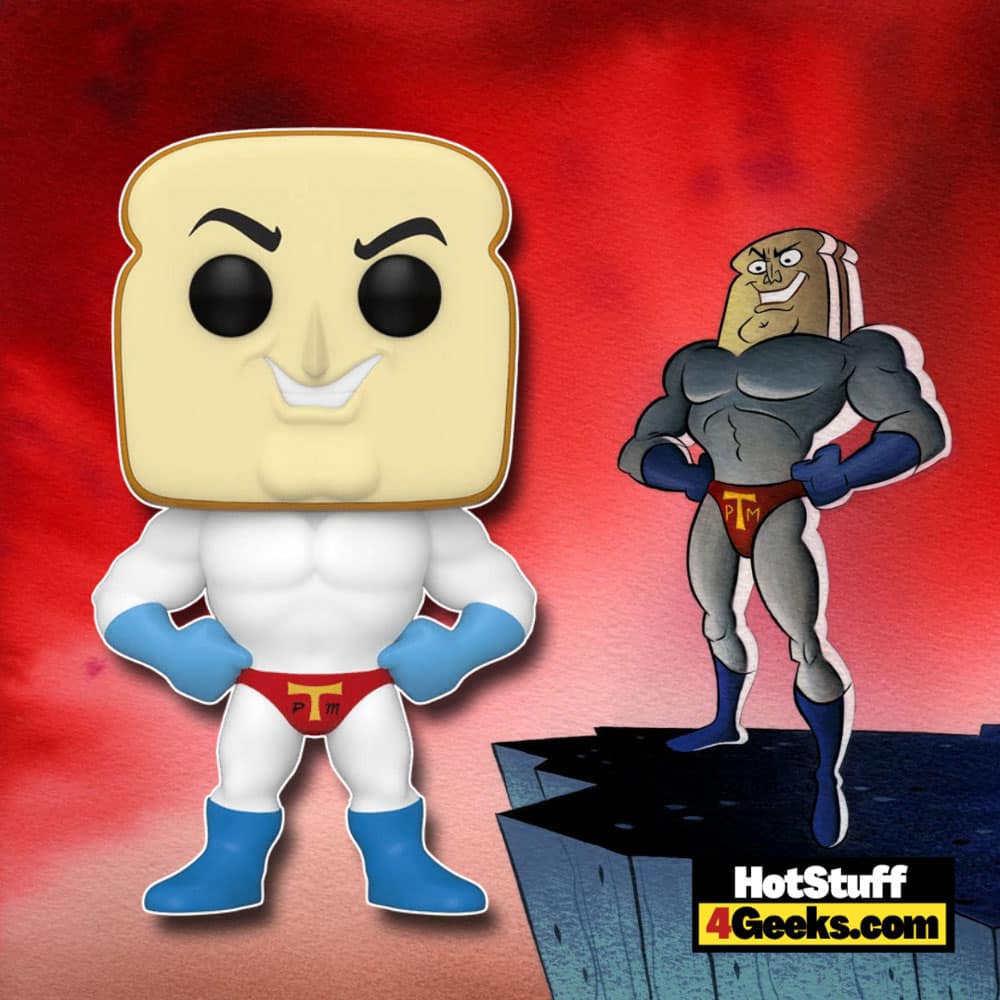 “Ren & Stimpy” caused controversy at the time. Launched before the TV Parental Guidelines, which brought age rating for television programs, it was accused of bringing inappropriate content for children.

In fact, Nickelodeon itself, which invested heavily in educational content, decided to ban the show created by John Kricfalusi because it did not meet the network’s standards.

For example, the main characters had an abusive relationship, which is not cool today. Parents criticized the fact that gentle Stimpy was the target of constant bullying and overt violence by Ren in every way possible. The poor guy suffered. 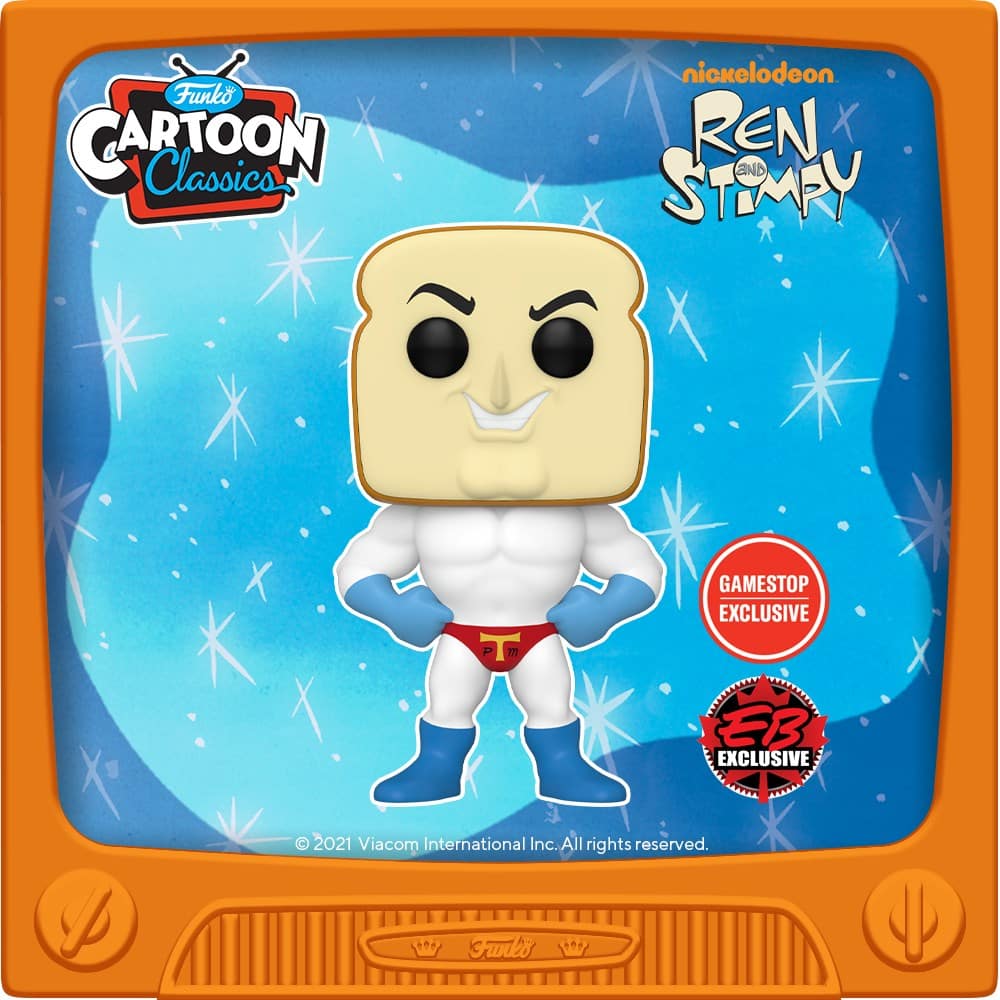 Powdered Toast Man Funko Pop! from Ren & Stimpy is now available for pre-order at the links below (click to jump!)

With sexual connotations or sometimes not, the series still gave us moments too bizarre not to be stuck in our memory for many years, in a weird way.

It was common for segments or entire episodes to be altered for bringing anarchic references to religion, politics, alcohol, and other provocations.