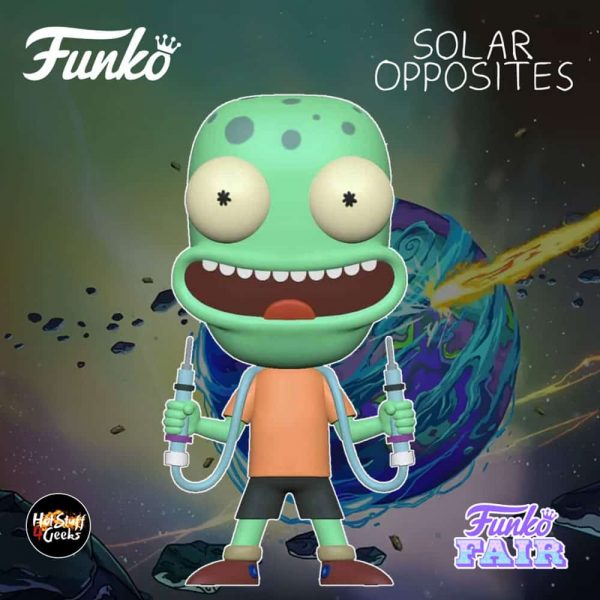 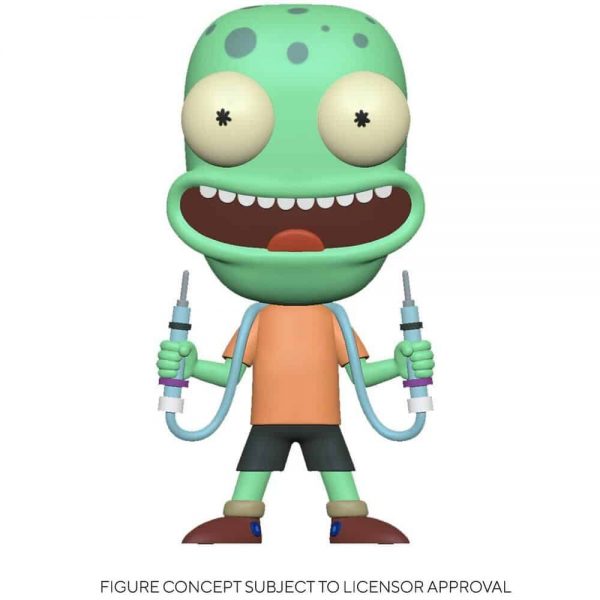 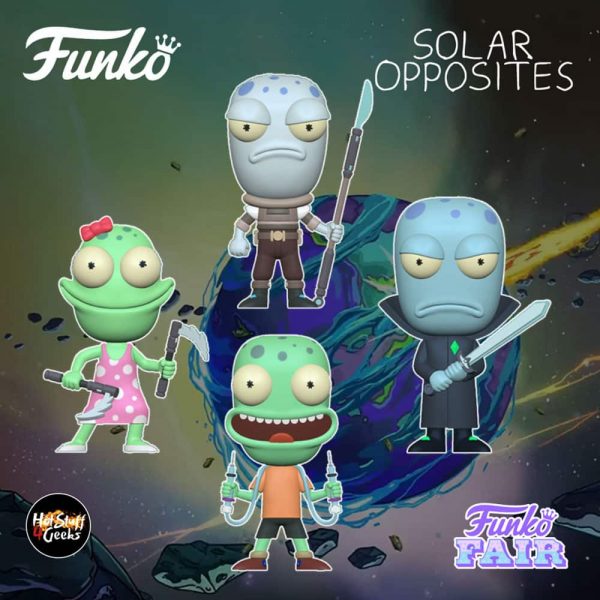 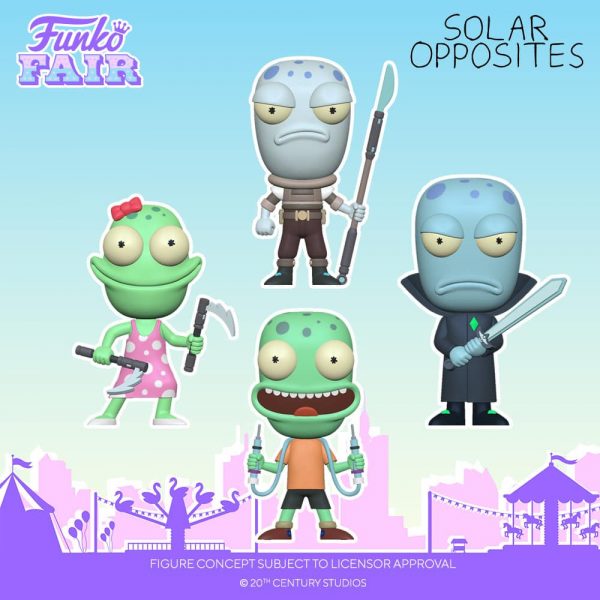 This Funko Pop! Animation Solar Opposites – Terry Funko Pop! Vinyl Figure is scheduled to be released in June 2021 and is now available for pre-order in the links below.

The Friendly Shlorpian from Polar Opposites has been given the Funko Pop! treatment! Terry holds some unsafe looking equipment and will bring some fun if chaotic, energy to your collection. 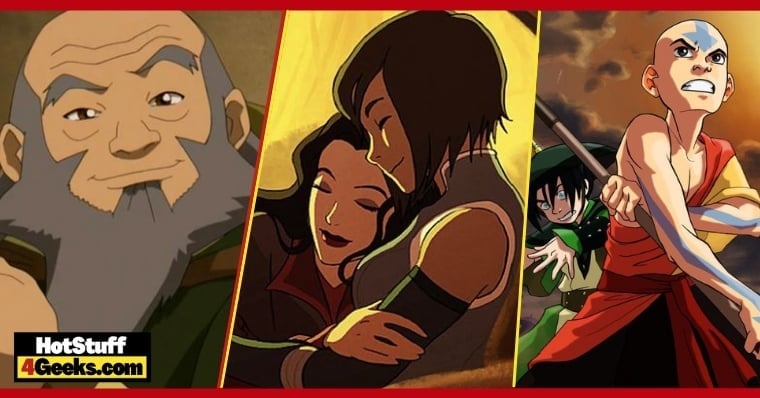 After many years in the shadows, Avatar: The Last Airbender and The Legend of Korra captured the general public’s attention when they resurfaced on streaming platforms. Everyone seemed absurdly enthralled by the fantastic world of spirit creatures and benders.

This was precisely what Paramount was waiting for to create the Avatar Studio – a subdivision dedicated solely to creating new stories in this wonderful world. New animations are coming, and many stories can be explored. To control our anxiety, we have prepared a list of 10 things we want to see in Avatar’s new animated series.

The World Without Avatar 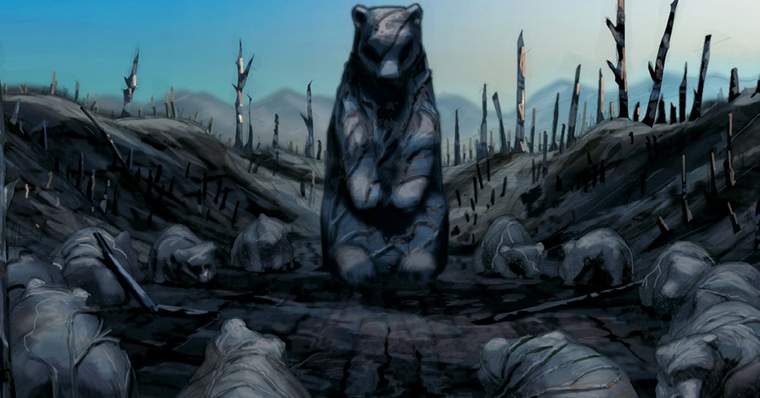 “Long ago, the four nations lived together in harmony. Then everything changed when the Fire Nation attacked. Only the Avatar […] could stop them. But when the world needed him most, he vanished.”

Thus we are introduced to Avatar: The Last Air Master. The world has gone 100 years without its most excellent defender, and much has changed, but we haven’t seen that change happen. The Earth Kingdom was attacked, the Air Nomads were persecuted and exterminated, the Water Tribes moved further and further away. There is a lot to discover in the period without Avatar. The animation could show details of the past of important characters, such as Uncle Iroh.

Tales of Past Lives 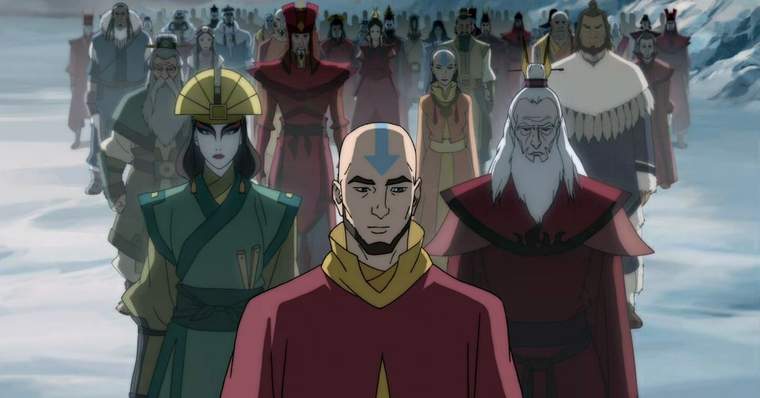 One idea with quite a bit of potential would be exploring the Avatars’ extinct connection to past lives. We could have a series in which some Avatar, perhaps even Aang, asks for advice from the Avatars who came before. Each episode would be a different Avatar narrating some story from his or her life.

We hear very briefly about the legacy of Avatars like Szeto, Yangchen, Kuruk, Kyoshi, and Hoku, but we know little about their adventures and their most remarkable stories as Avatar. It would be a perfect anthology to introduce different historical periods to be explored later.

Avatar Kyoshi and Her Warriors 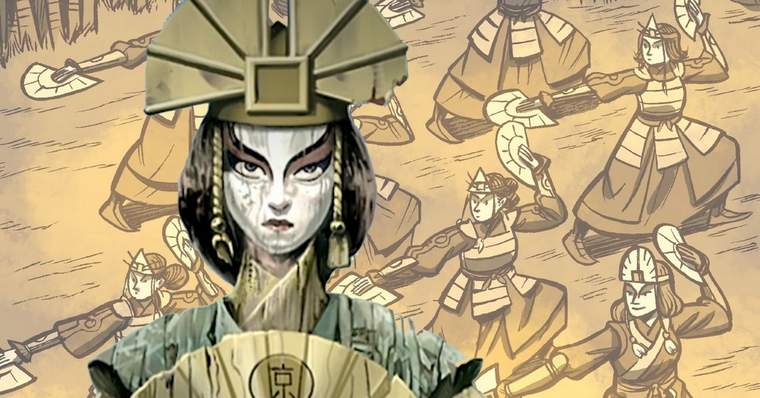 Even with an anthology involving all the past Avatars, a series exclusively for Kyoshi would be great. She is one of the audience’s most beloved avatars, with her enviable power and enormous determination. Kyoshi doesn’t lie down for anyone!

She had to deal with a very suspicious world after Avatar Kuruk’s passage, and it would be curious to find out how she gained the people’s trust even with her harsh manner. The series would also explain the origin of the Kyoshi Warriors, showing secrets about their tradition. 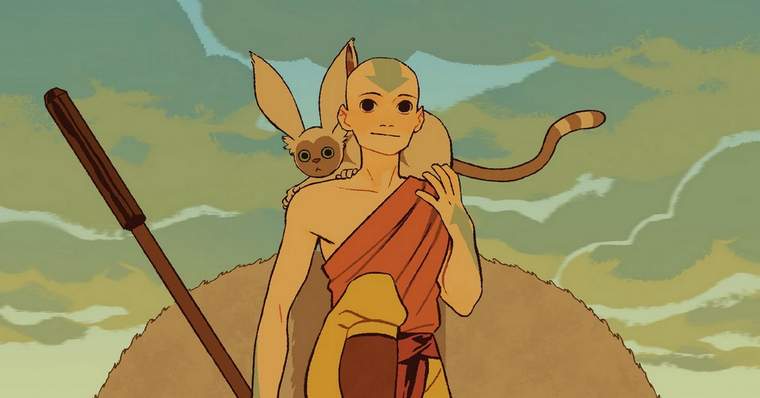 Each season of Avatar: The Last Airbender was devoted to a basic bending element that also coincides with the nation explored in its episodes. But when the cartoon ended, we didn’t have Book Four: of Air. Nor did we need it for the main story. The Fire Lord‘s defeat was the perfect outcome to the Avatar team’s journey, but Aang’s quest continues.

A new series focusing on the Book of Air would be fascinating. After all, between Avatar: The Last Airbender and The Legend of Korra, we have a certain restoration of Air’s nation. An animation following Aang’s journey through the nations recruiting Air acolytes would have the opportunity to expand our knowledge of their traditions, beliefs, and culture. Who knows, maybe Aang doesn’t meet Zaheer, in a prologue, at the end of the series? That would be shocking, to say the least!

War of the Lotuses 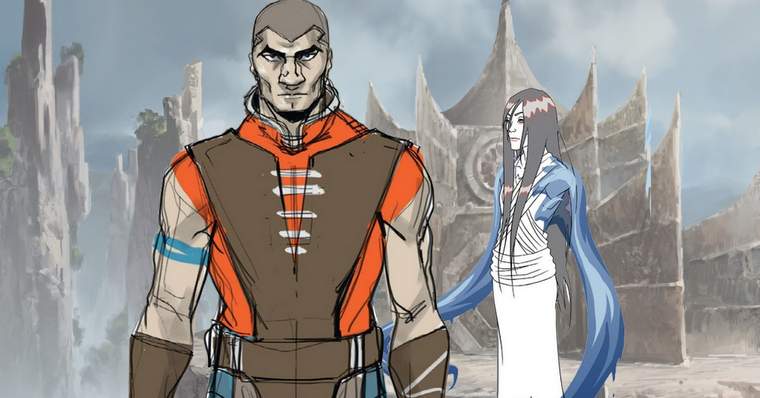 One of Avatar: The Last Airbender‘s most striking moments is Ba Sing Se’s retaking by the White Lotus Order – who come out of the shadows to become a force for change alongside the Avatar. In The Legend of Korra, Zaheer recounts that there was frustration over the misappropriation of purpose among the Order’s members giving rise to the Red Lotus. Wouldn’t it be epic to see the conflict between the two organizations?

We could follow a new character who starts in the White Lotus and ends up being corrupted by the Red Lotus’s extremist ideals. It would be a much more mature story, but one that would work well for Korra’s audience. We might even get a chance to see Zaheer orchestrating a plan to kidnap Korra while she is still small. That would be insane! 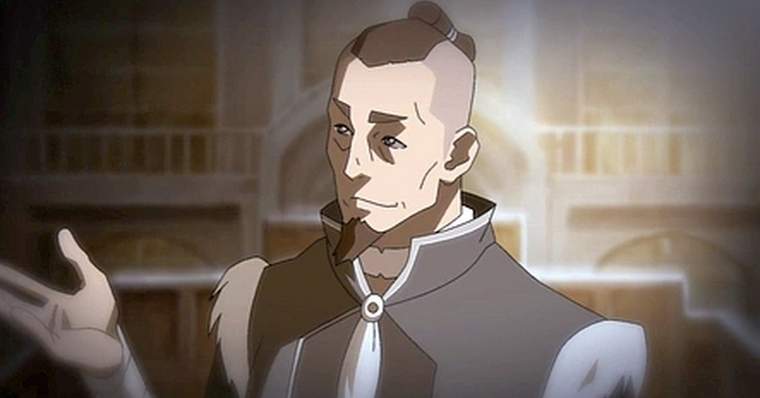 The world is completely changed in The Legend of Korra. The collaboration between the Fire Nation and the Earth Kingdom has fostered an industrial revolution that has brought remarkable technological advances to the United Republic. But this did not happen overnight… 70 years have passed between the Fire Lord’s defeat and the new Avatar’s journey.

While we glimpse small memories of each member of the Avatar team’s adult lives, we know little about who Sokka has become, only that he was an essential member of Republic City politics. Why not an animation that explores the rise of the city through the eyes of someone as moved as Sokka? The result would be something similar to Star Wars: The Clone Wars – combining politics with action and adventure. 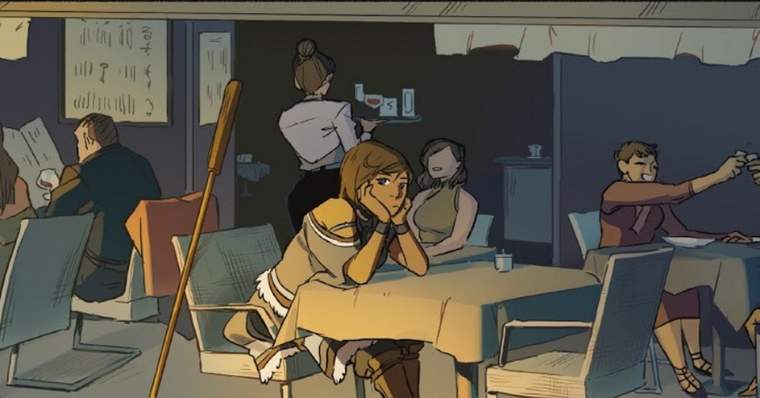 The most touching episode of Avatar: The Last Airbender does not progress the main story at all. It is merely a breather moment, where we stop worrying about the escalating war against the Fire Nation to follow a day in the quiet life of each hero in the Earth Kingdom – it was the Ba Sing Se Chronicles.

This concise chronicle format worked very well and could generate much more content. If the producers do not want to repeat the Ba Sing Se scenario, Republic City could replace it with a much more attractive proposition. The city that represents the union of nations exudes movement, life, and a real collision of cultures. Chronicles here would reveal new facets of beloved characters and bring glimpses into the everyday life of such a fantastic place. 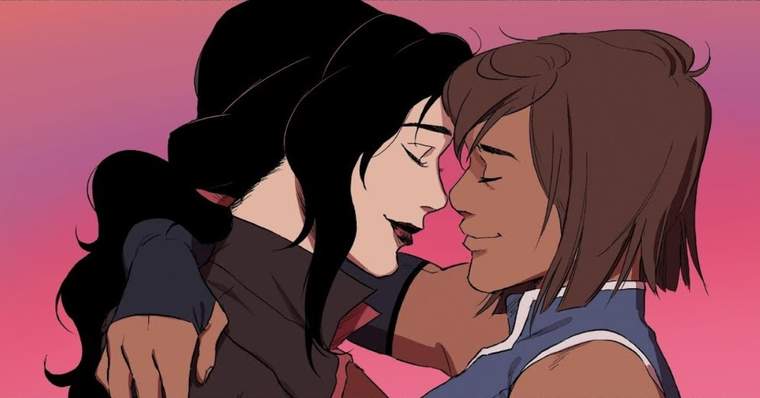 Many fans ended The Legend of Korra extremely frustrated. When the most anticipated couple was finally established, the series ends without even a kiss. Fans need more Korrasami, and continuing the couple’s adventures would ensure an excellent emotional anchor for the narrative.

There are many possibilities for how the series could work. There could be a pretty big jump into the future, but the best way would be to start shortly after The Legend of Korra left off. That’s because we could see the adaptation of excellent arcs from the comics, such as Turf Wars and Ruins of the Empire.

Although it would be pretty cute to follow Korra and Asami married with two kids to raise. Who loves it? 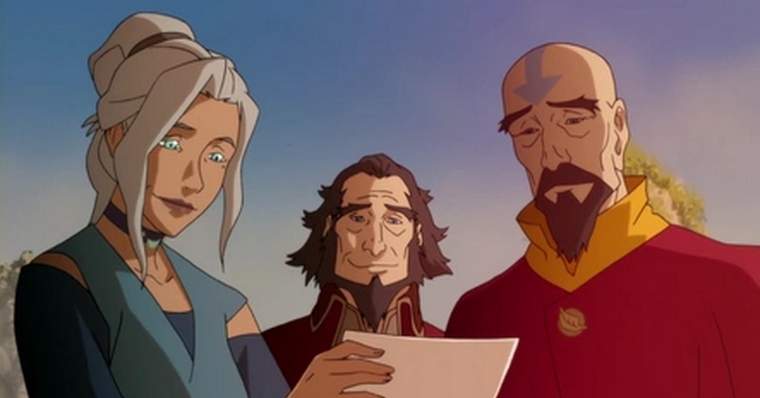 There is a huge potential in exploring new stories completely disconnected from the Avatars’ perspective. Throughout the two series, several quirky characters have been very prominent and have gained fans’ legion: like Kya, Jinora, and King Bumi, to name a few. Using beloved characters would be perfect for implementing new points of view.

Each derivative series could play with a different television genre, testing what works and what doesn’t with Avatar World. Maybe a cop series looking at Mako and Bolin’s day-to-day life in Republic City? Or perhaps a fun sitcom with the lettuce seller? The sky is the limit! 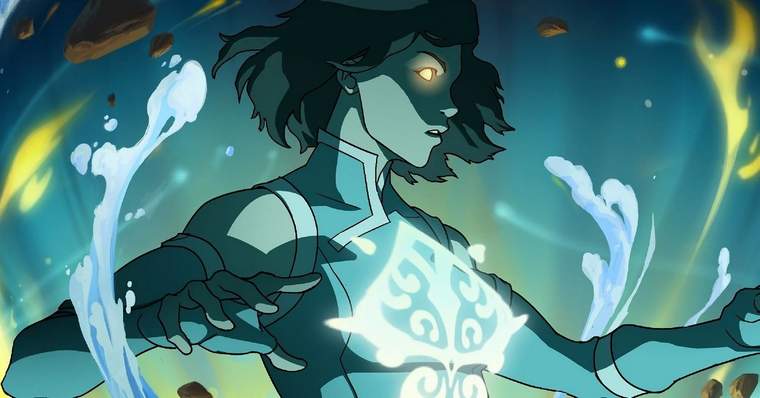 Of course, as much as we would love to know even more about the characters we love, a new Avatar must come along. The reincarnation cycle was almost broken in The Legend of Korra. The next Avatar will not be able to rely on the wisdom of those who came before. We would have an alone Avatar.

This also means that the conventions of his ancestors would not bind him. A blank canvas for us to experience a new period where technology has advanced even further. How would surviving a fascist regime and implementing a democracy change the greatest nation on Avatar World? I can’t wait to find out!