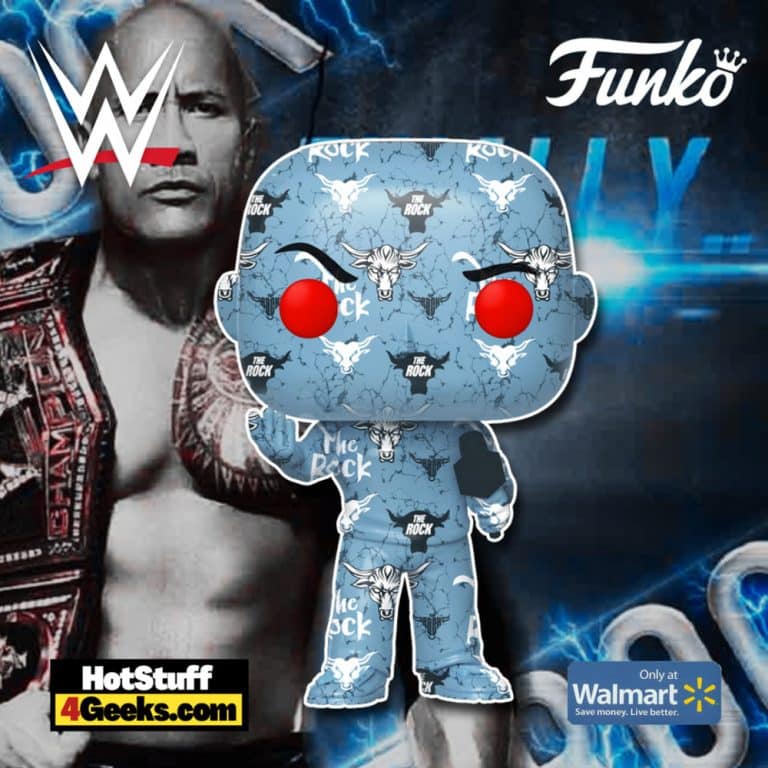 Dwayne “The Rock” Dwayne is one of the highest-paid actors in Hollywood and was elected “the sexiest man in the world” by People magazine. But, for Dwayne Johnson, movies were not a dream or a goal.

For him, his future was in the NFL, but everything was cut short. So instead, he followed in the footsteps of his father and grandfather in professional wrestling.

He was unbeatable in the ring and became “The Rock.” After that, he became a box office star, featuring in films such as The Scorpion King, Hercules, and Fast and Furious.

Now – he has already warned! – he’s going for the oval office in the White House!

Exclusive to Walmart, The Rock Funko Pop! Art Series is now available for pre-order at the links below (click to jump!) Also, don’t forget to check more images right below. 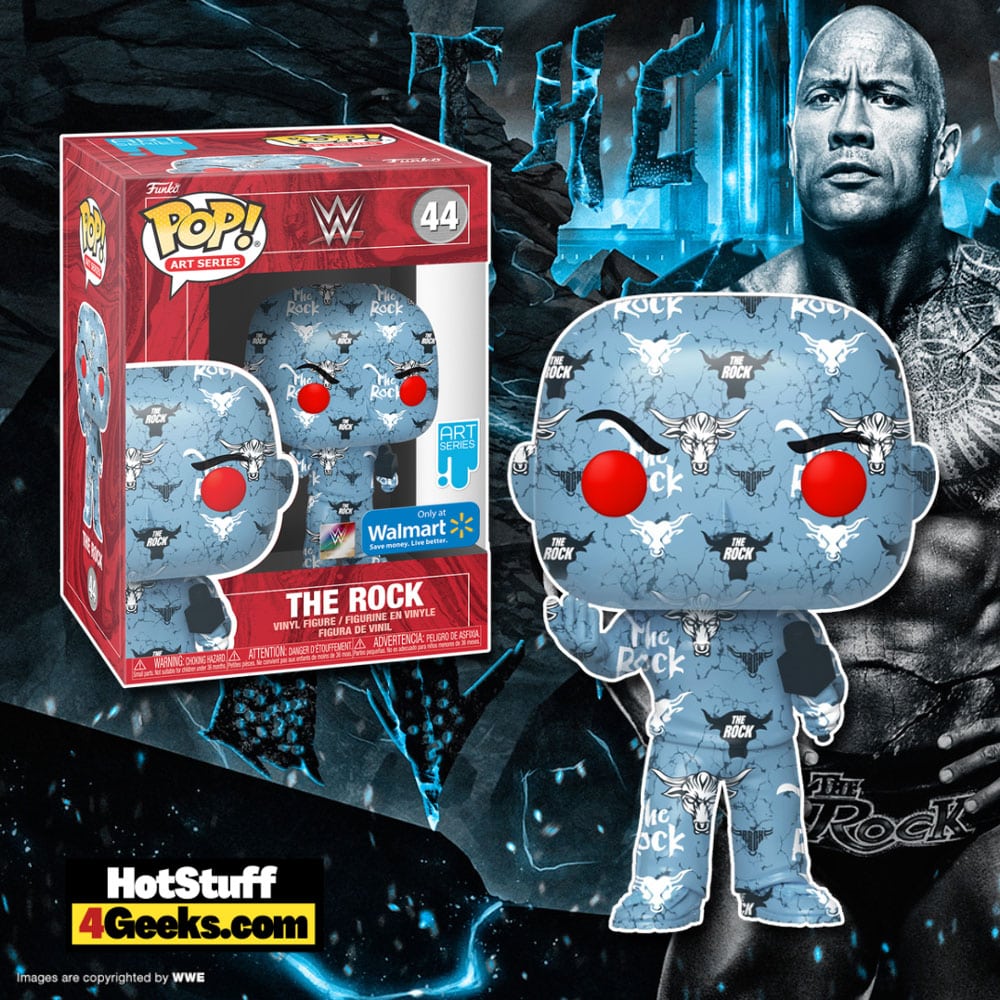 In high school, Johnson played soccer and participated with his team in one of the most competitive soccer tournaments in the country. Due to his talent, he received scholarship offers to several universities.

He graduated from the University of Miami with a degree in criminology. However, his dream was different. He was part of the Calgary Stampeders.

Unfortunately, a back injury took him professionally away from the NFL. So, he decided to try a career in professional wrestling.

The star comes from a family of celebrated wrestlers. His father, Rocky Johnson, and his maternal grandfather, Peter Maivia, were part of the former WWF. 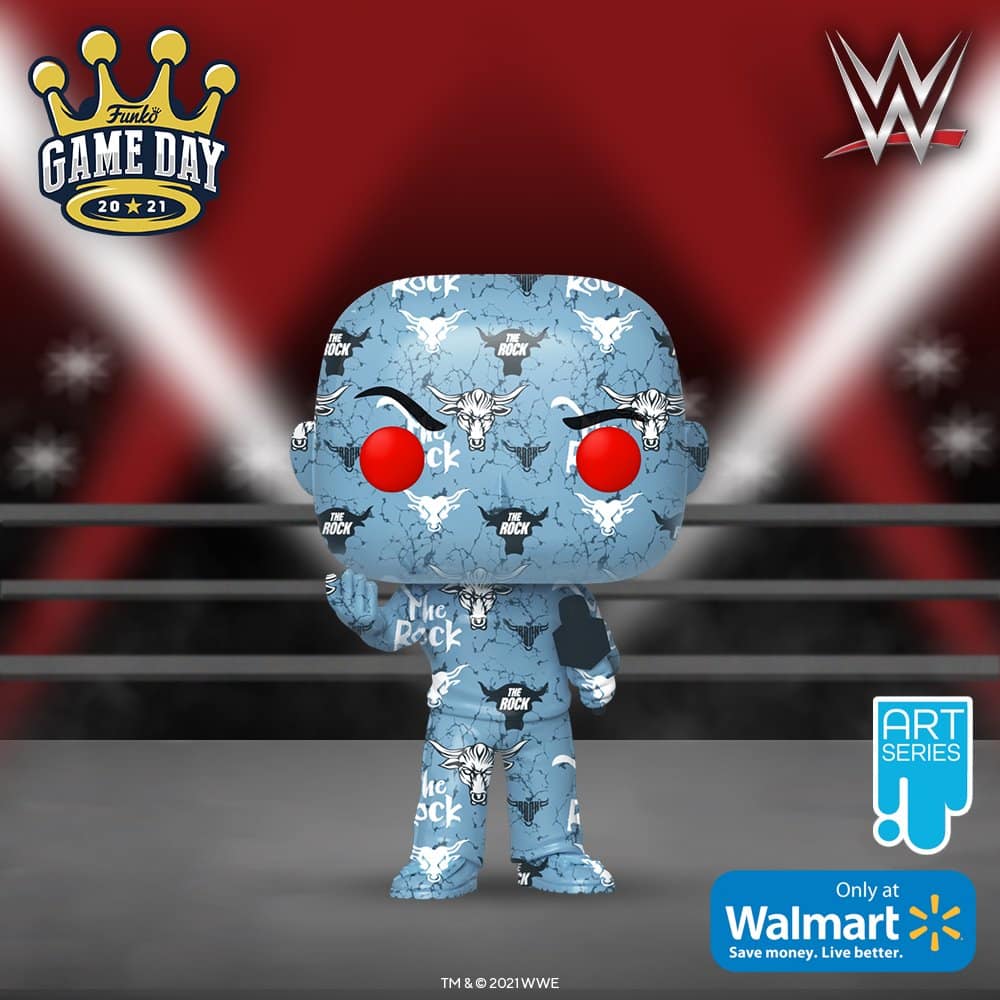 Dwayne Johnson introduced himself to the wrestling world as Flex Kavana. However, as the nickname did not succeed, he changed it to Rocky Maivia in honor of his father and grandfather.

His wrestling name was modified by the popes of the World Wrestling Federation (WWF), who began to call him The Rock for his great strength and great musculature. A nickname that became a success.

Outside the ring, “The Rock” launched a successful acting career, dropping the stage name and simply turning to Dwayne Johnson.

The film that brought him worldwide fame was when he played the Scorpion King in The Mummy Returns, grossing more than $400 million.

A descendant of an aristocratic Samoan family, he was decorated by the country with the title of Seiuli (recognizing his work for the Samoan people).

He is a sponsor of the country’s rugby team and a well-known philanthropist. In 2006 he founded The Rock Foundation, which works to help terminally ill children.