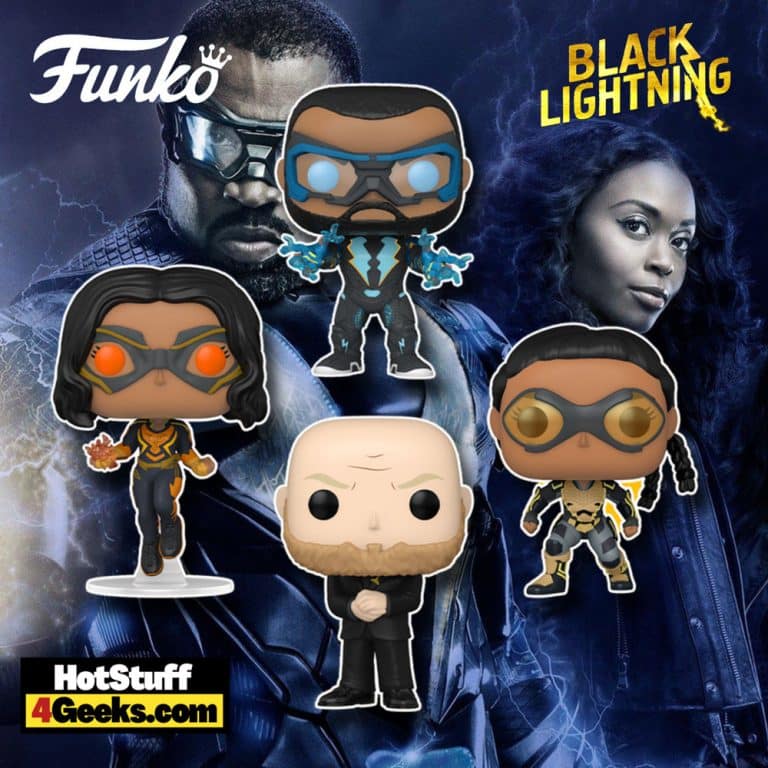 Black Lightning Funko Pops were released today, something that fans of The Black Lightning CW series have been asking for ever since the show’s debut!

Black Lightning is an American TV series originally broadcast on the CW. The story follows Jefferson Pierce, a man struggling with a secret.

As the father of two daughters and the high school principal who also serves as a safe haven for young people in a New Orleans neighborhood overrun by gang violence, he is a hero to his community.

What no one knows, however, is that Jefferson Pierce is a retired superhero, the famous Black Lightning. Here’s the complete breakdown for this most expected wave:

Black Lightning Funko Pop Figures are now available for pre-order at the links below (click to jump!) Also, don’t forget to check more images of this collection right down. 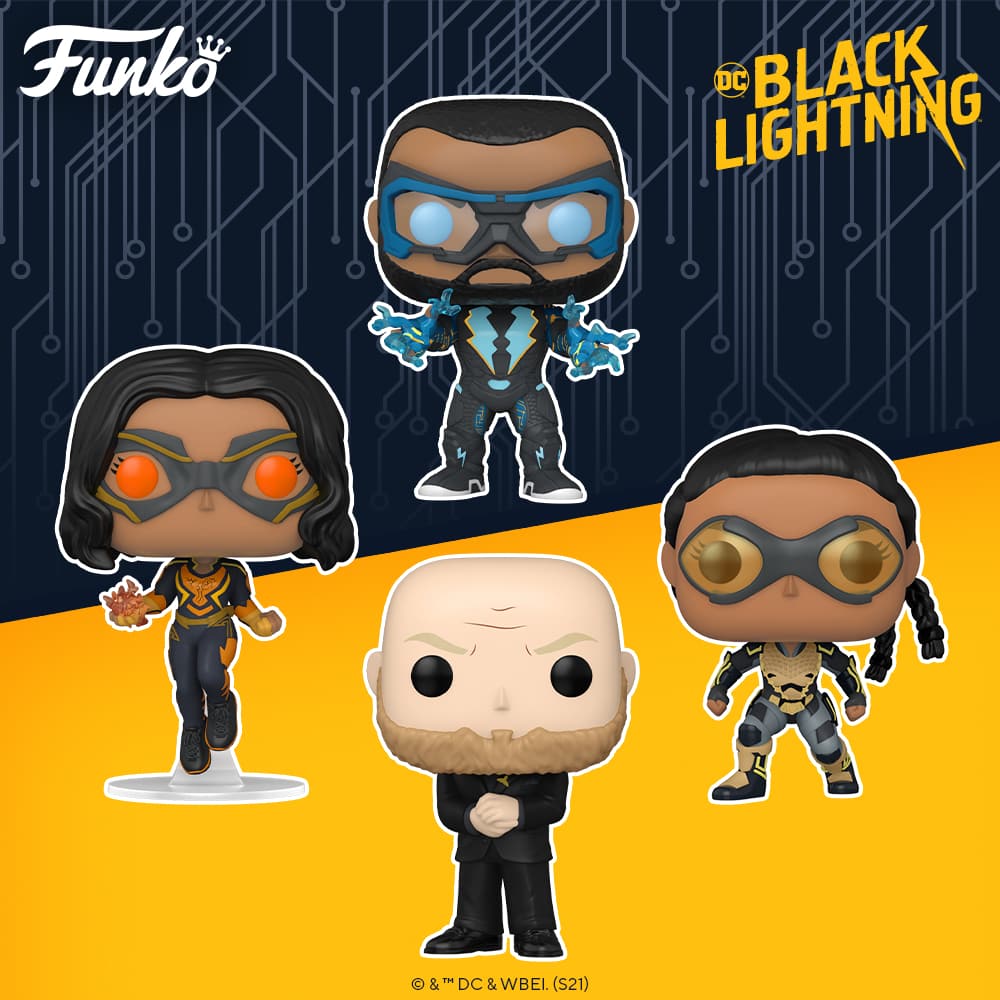 Jeff Pierce is a DC Comics hero created in 1977 by Tony Isabella and Trevor Von Eeden. As his codename implies, the character possesses powers to control electricity and has worked with both the Outsiders and the Justice League. He survived Crisis on Infinite Earths and the reboot of the New 52, though he didn’t gain much prominence in the new version.

But before being Black Lightning, the hero is Jefferson “Jeff” Pierce. Jefferson is a metahuman with electrical powers. However, he kept his powers dormant for a long time, not engaging in the metahuman cause.

Besides being superpowered, Jeff is a gymnast, having won an Olympic gold medal, is a professor of English and literature, and was trained in martial arts by Batman. 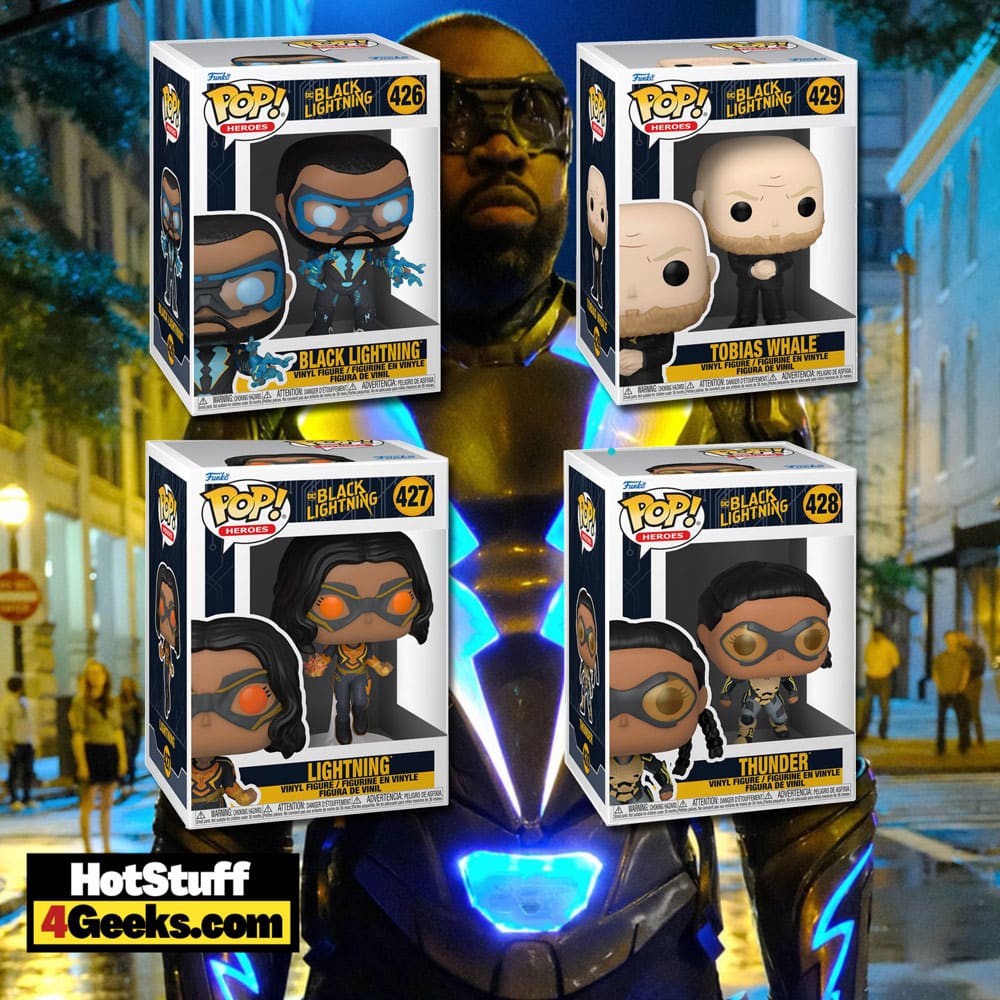 Black Lightning Funko Pop Figures are now available for pre-order at the links below (click to jump!)

Jeff comes from one of the worst parts of Metropolis, called the “Suicide Scum” for its poor living conditions, which would drive residents to suicide. But, after growing up and becoming more active as a vigilante, Jeff went on to work in Metropolis, with Superman’s own blessing.

Jeff’s metahuman powers are based on electricity. Black Lightning can generate electricity with his body, manipulate energy, control other sources, project lightning, fly, and even has an “electrical form” to travel faster.

The only problem is that, for a long time, Jeff has repressed the power, leaving it dormant. So for some time, to use it again, he needs his special belt that helps the energy be conducted in his body. 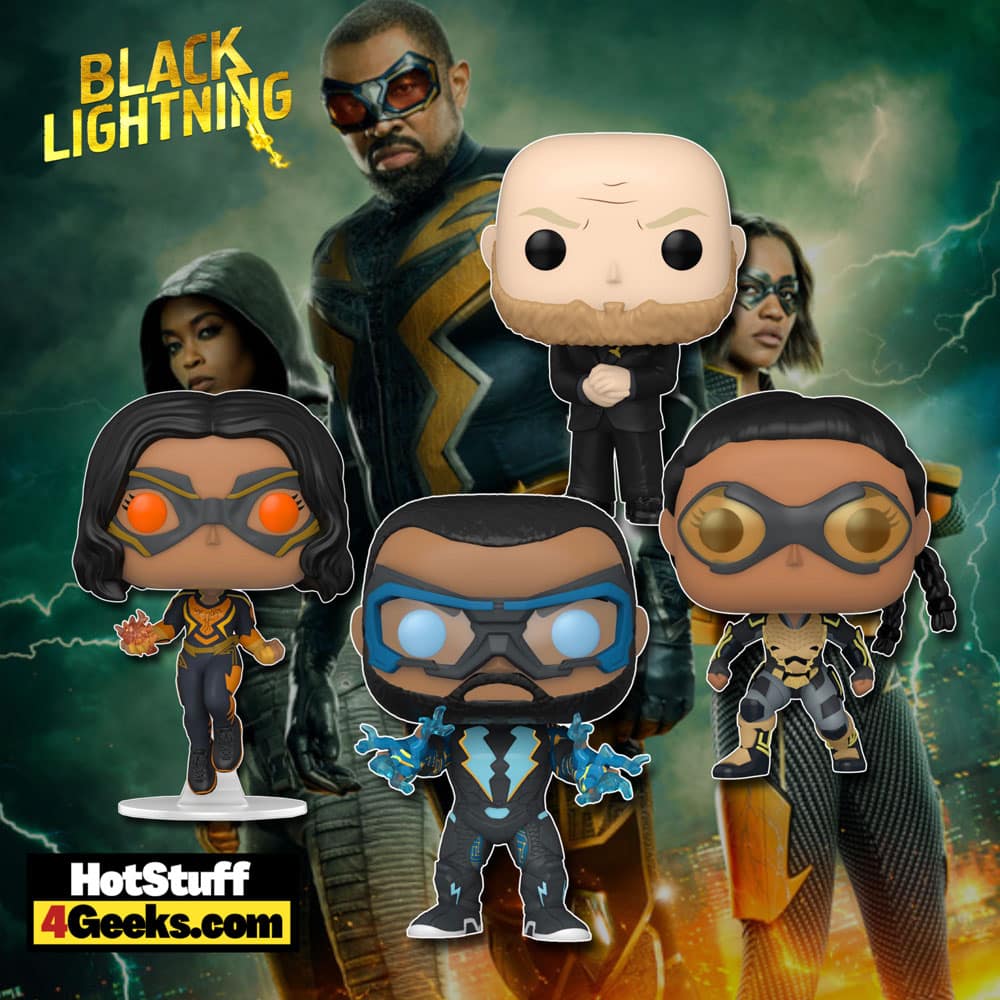 Black Lightning Funko Pop Figures are now available for pre-order at the links below (click to jump!)

And he is not the only metahuman in the family; his two daughters were born with powers. Anissa Pierce has density control powers, using the codename “Thunder,” while her sister, Jennifer Pierce, the “Lightning,” has electrical powers like her father.

One of Black Lightning’s most important appearances was with Batman’s Outsiders. Batman called Jeff into his group when the two were frustrated with the Justice League. Bruce is also responsible for the hero’s martial arts training.

Pierce was also Secretary of Education of the United States during the time of Lex Luthor’s presidency! He retired from superheroic activities and served the government, later set himself up as an infiltrator to pass on secret information to other heroes.

And at one point, Black Lightning was arrested in Iron Heights! He turned himself in for the murder of Martin Somers, believing himself to be responsible when the event was nothing more than a plot between Luthor and Deathstroke.

Black Lightning has “appeared” in a few DC Comics animations. Because of rights disputes, the character was in Superfriends as Black Vulcan. In Super Shock, which has similar powers and history to the hero, he appears as Soul Power. He also appears in other animations, such as Young Justice, Batman: The Brave and the Bold.