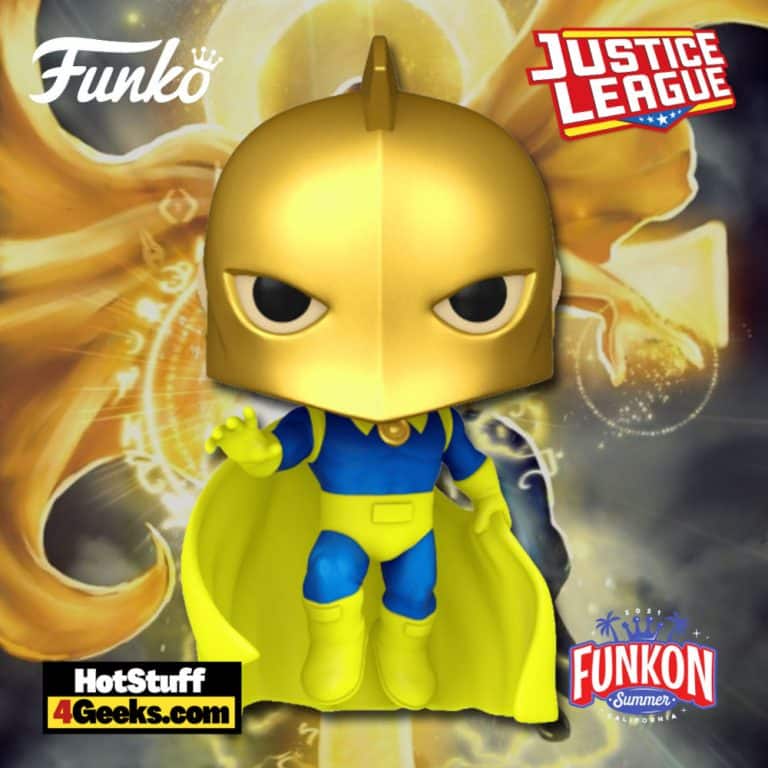 Doctor Fate uses many things to fight his various supernatural enemies. Besides the power he receives while wearing the Helmet of Fate, the hero also has the Cloak of Destiny, which gives him the ability to fly and super strength, and the Amulet of Anubis.

When Doctor Fate uses these three objects together, it is best not to be around!

FunKon 2021 Doctor Fate Funko Pop! from Justice League  is released starting August 5 at the links below (click to jump!) 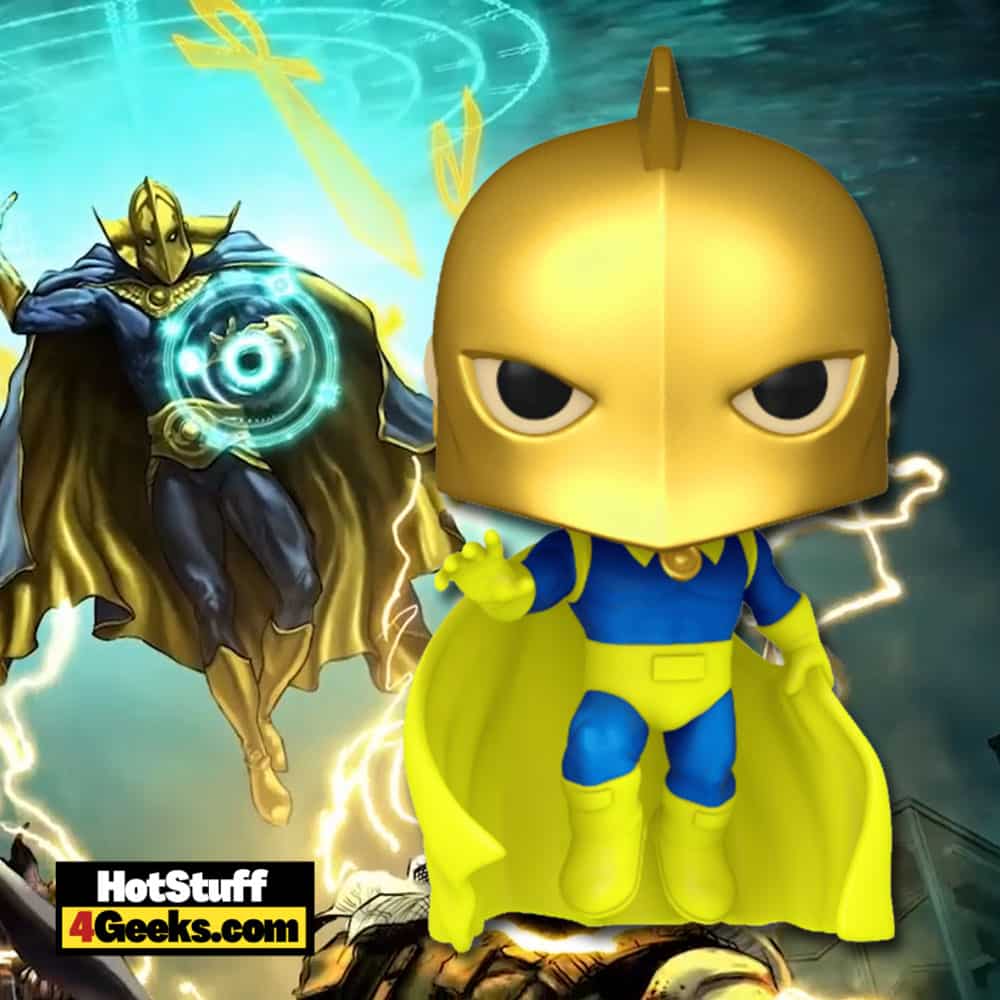 Dr. Fate is the name of several DC Comics characters, all wizards with extraordinary powers. The first version was created by Gardner Fox and artist Howard Scherman and first appeared in More Fun Comics #55 (May 1940).

Initially, Dr. Fate was Kent Nelson, the son of the archaeologist Sven Nelson, who died discovering the tomb of an ancient mystical being, Nabu. The orphan was then introduced by Nabu to the magical arts.

Although Kent is mortal, his training with Nabu has allowed him a wide range of talents as a sorcerer in his own right. But most of his powers also come from Nabu’s Helmet, making him potentially dangerous if that helmet ends up in the wrong hands.

Later DC introduced new versions of Dr. Fate. However, these revivals were short-lived because in Doctor Fate’s appearances in comics and other media, the golden age character, Kent Nelson, always remained.

Doctor Fate will finally get a live-action film adaptation in Black Adam, where he will be played by Pierce Brosnan and will be part of the Justice Society.