2021 NEW The Doors - Waiting For The Sun Funko Pop! Album 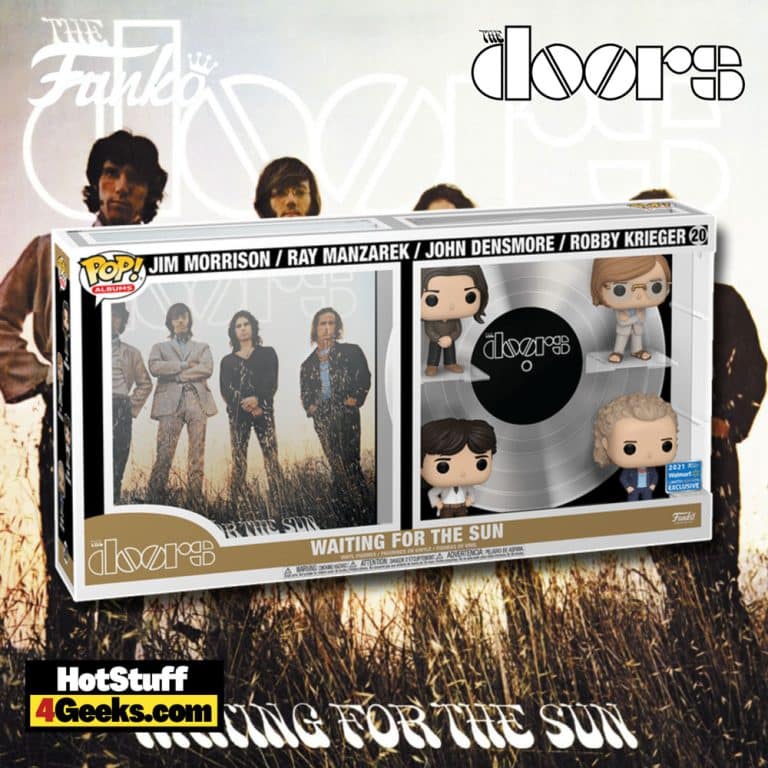 On July 3rd, Waiting For The Sun turned 53 years old. Recorded between January and May 1968 (except for “We Could Be So Good Together,” which was recorded between May and August 1967), the album was released on Elektra Records, with production by Paul A. Rothchild.

The album was the quartet’s first to reach #1 on the Billboard 200, and their second single, “Hello, I Love You,” topped the Billboard Hot 100.

The album brings powerful lyrics, and the critics did not spare the album. One of the videos made for the release was for “The Unknown Soldier,” which has very harsh, realistic, and shocking content.

“Love Streets” is another excellent highlight, and “Spanish Caravan” is one of its most peculiar moments. “Five to One” is one of the best and features heavier Doors and Morrison’s wide-ranging, harsh vocals.

The Walmart exclusive, The Doors – Waiting For The Sun Funko Pop! Album Vinyl Figures is now available for pre-order at the links below (click to jump!) 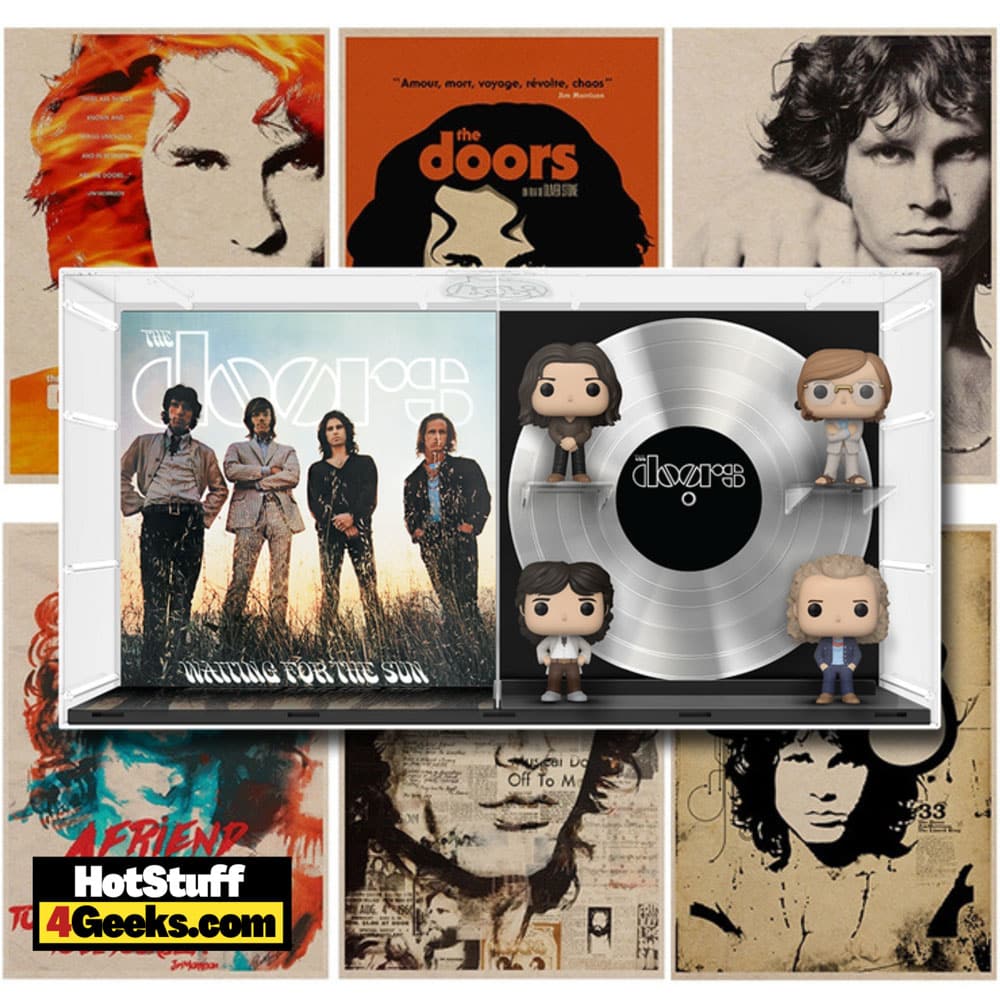 The famous story goes that Jim Morrison bumped into Ray Manzarek (both students at the University of California at Los Angeles) while the two were walking along Venice Beach in August 1965.

Jim sat with Ray on the sand on the beach and, with his eyes tightly closed, sang the first verse of one of his books that he was working on, called “Moonlight Drive.” According to legend, Morrison recited the lines, “Let’s swim to the moon / Let’s climb through the tide / Penetrate the evenin’ that the / City sleeps to hide.” 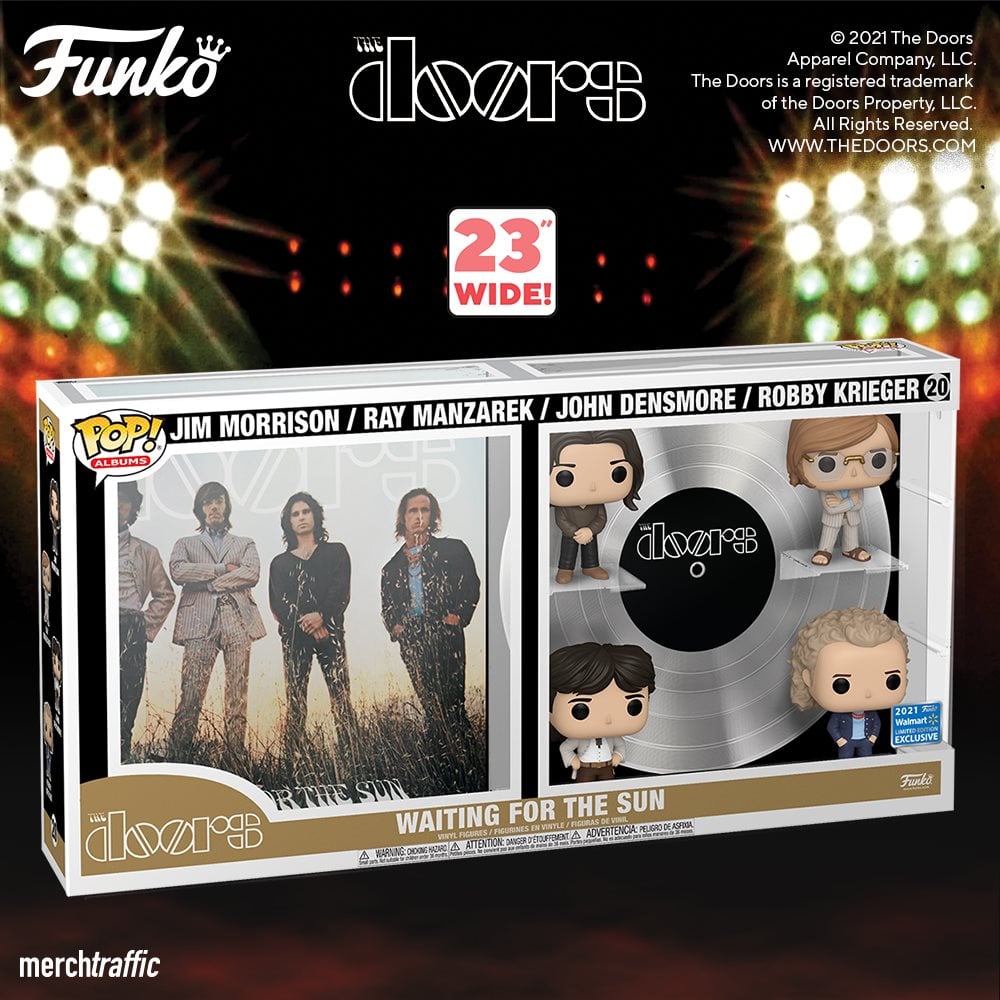 The Walmart exclusive, The Doors – Waiting For The Sun Funko Pop! Album Vinyl Figures will be available soon for pre-order at the links below (click to jump!)

When he finished, Manzarek paused for a second before saying, “These are the best lyrics I’ve ever heard. So let’s start a rock band and make $1 million.” Jim was not so shy that he couldn’t answer, “Exactly! This is what I had in mind all along!”

The optimism of the young people proved to be prophetic. It wasn’t long before Manzarek found guitarist Robbie Kreiger and drummer John Densmore in Maharishi’s Transcendental Meditation class.

Between 1967 and 1971, Morrison, Manzarek, Krieger, and Densmore recorded seven albums for Elektra Records that catapulted them to fame as THE DOORS in the music charts through notorious distrust and finally, to the artistic immortality reserved for rock icons.

Even today, it is debated which of these was The Doors’ true masterpiece because each album has its own identity and success, and in the end, there is no accounting for taste.