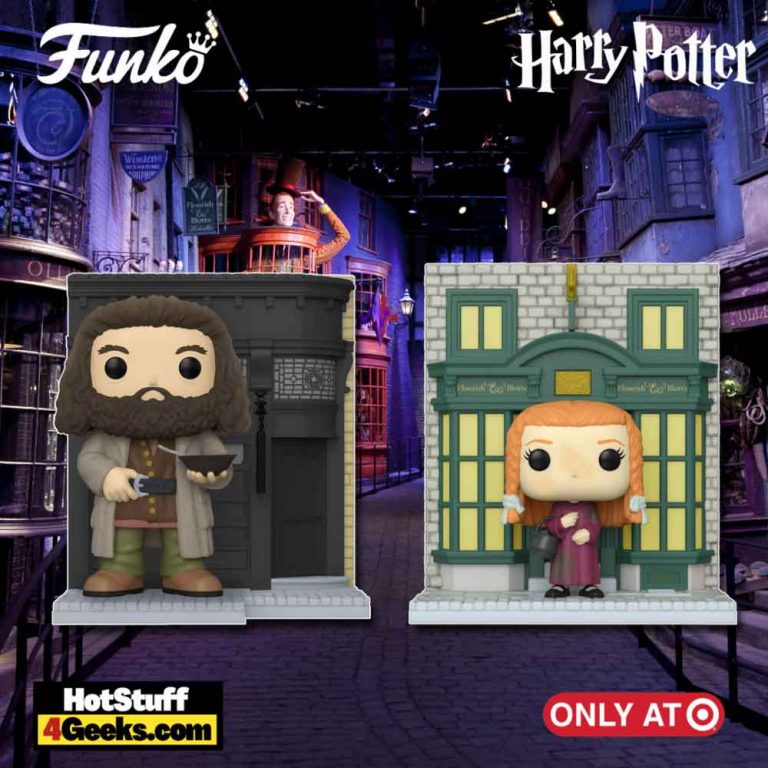 Celebrate the 20th anniversary of Harry Potter and the Sorcerer’s Stone with these Diagon Alley Funko Target Exclusives Funko Pops.

Diagon Alley is where the Wizards go shopping, including cauldrons of all sizes and wizard pets such as mice, owls, cats, and frogs. Harry knows the street before he goes to Hogwarts when Hagrid takes him to the Leaky Cauldron, where the secret passage to the road is located.

In Flourish & Blotts, Harry, Ron, Hermione – and, we assume, the rest of the Hogwarts students – buy their textbooks every year. There are other bookstores in Diagon Alley, but none like this one.

Celebrating 2 of the most amazing places in the most magic street of the entire world are these pops released today:

Now, we all can follow Harry and enter Diagon Alley straight from the streets of London.

Ginny with Flourish & Blotts Storefront and The Leaky Cauldron with Hagrid Funko Pop! Deluxe Figures are now available for pre-order at the links below (click to jump!) Meanwhile, you can check more images of these two great pops right below. 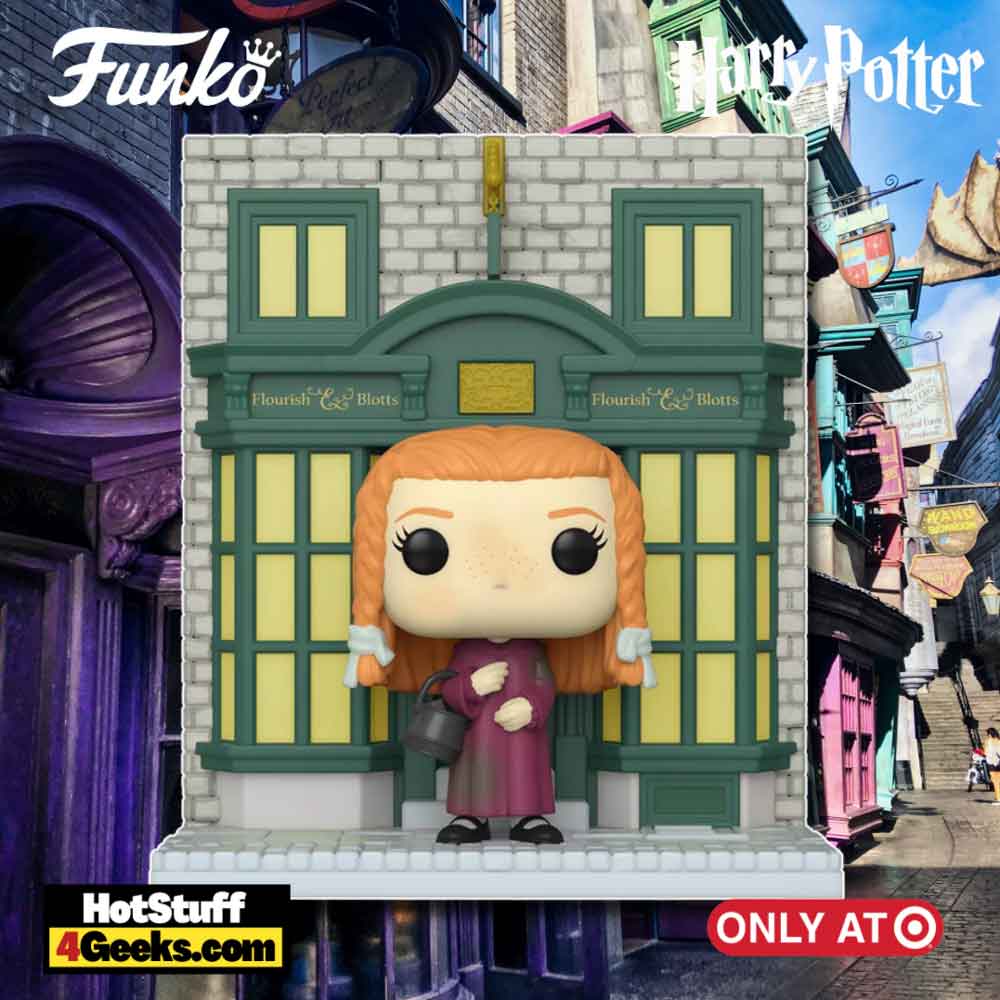 Probably the most magical bookstore of all time: Flourish & Blotts, the store created by J.K. Rowling’s books and presented on-screen through the movies, is the bookstore where the young wizard Harry Potter goes to buy his school books.

The shelves of the Flourish & Blotts are crammed to the ceiling with books of various sizes: the size of leather-bound cobblestones, books the size of postage stamps with silk covers, several books covered with curious symbols, and some books with nothing at all.

We can find books like animals that even bite their owners, The Invisible Book of Invisibility (which none of the store’s employees have seen), and biographies of great witches, such as Gilderoy Lockhart.

Among colorful shelves full of excellent books, there’re other titles related to magic, potions, and even Quidditch, the wizard’s sport. This is the dream store for any wizardry lover. 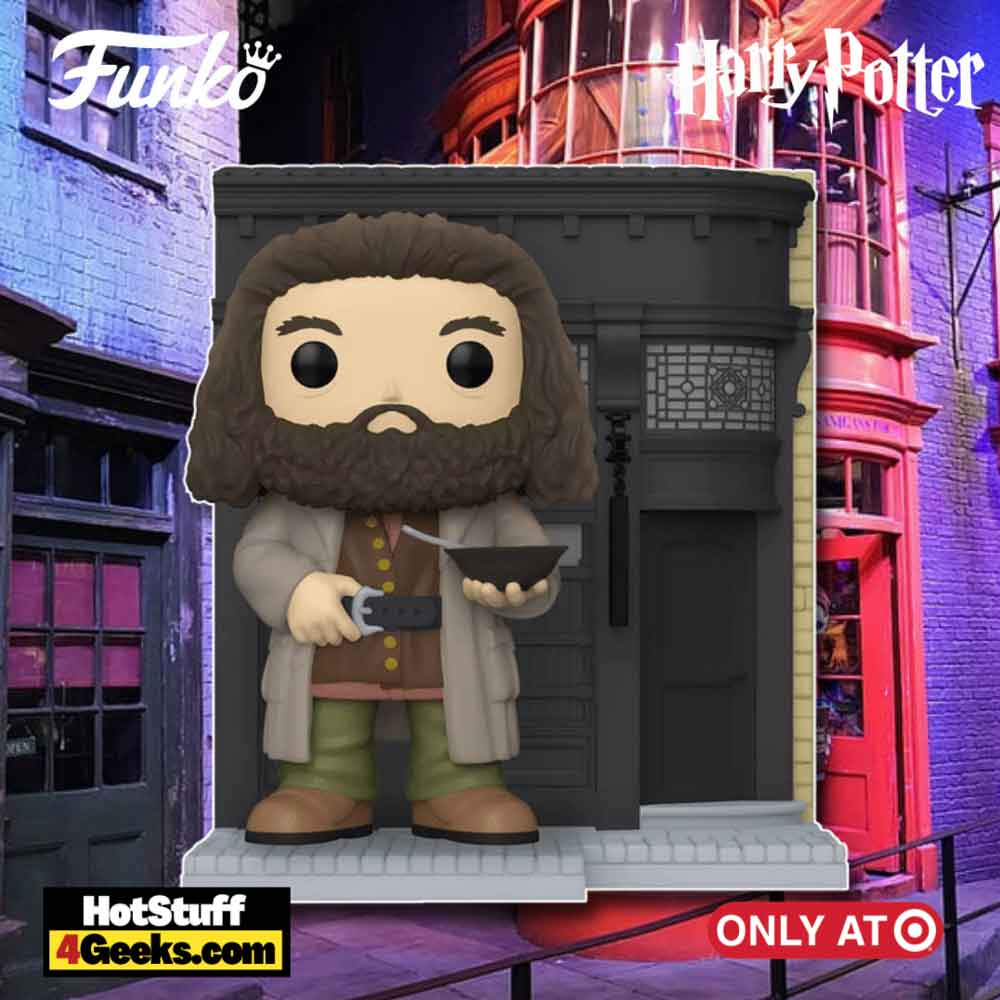 Located on an ordinary London street, between a large bookstore and a record store, the Leaky Cauldron acts as a gateway into Diagon Alley. But, interestingly, the muggles can’t seem to see it. In fact, if it weren’t for Hagrid drawing Harry Potter’s attention, even he wouldn’t have noticed its existence.

In practice, the Leaky Cauldron is a “tiny, grubby-looking pub,” as Harry refers to it in Harry Potter and the Sorcerer’s Stone. Hagrid introduces it as a “famous place,” but Harry begins by considering it too “miserable and dreary for a famous place.”

At the back of the establishment, however, is a walled courtyard. And by knocking three times on the wall, three bricks up and two bricks to the side concerning a garbage pail, a giant magical arcade opens up that gives entrance to the rest of the Diagon Alley stores. 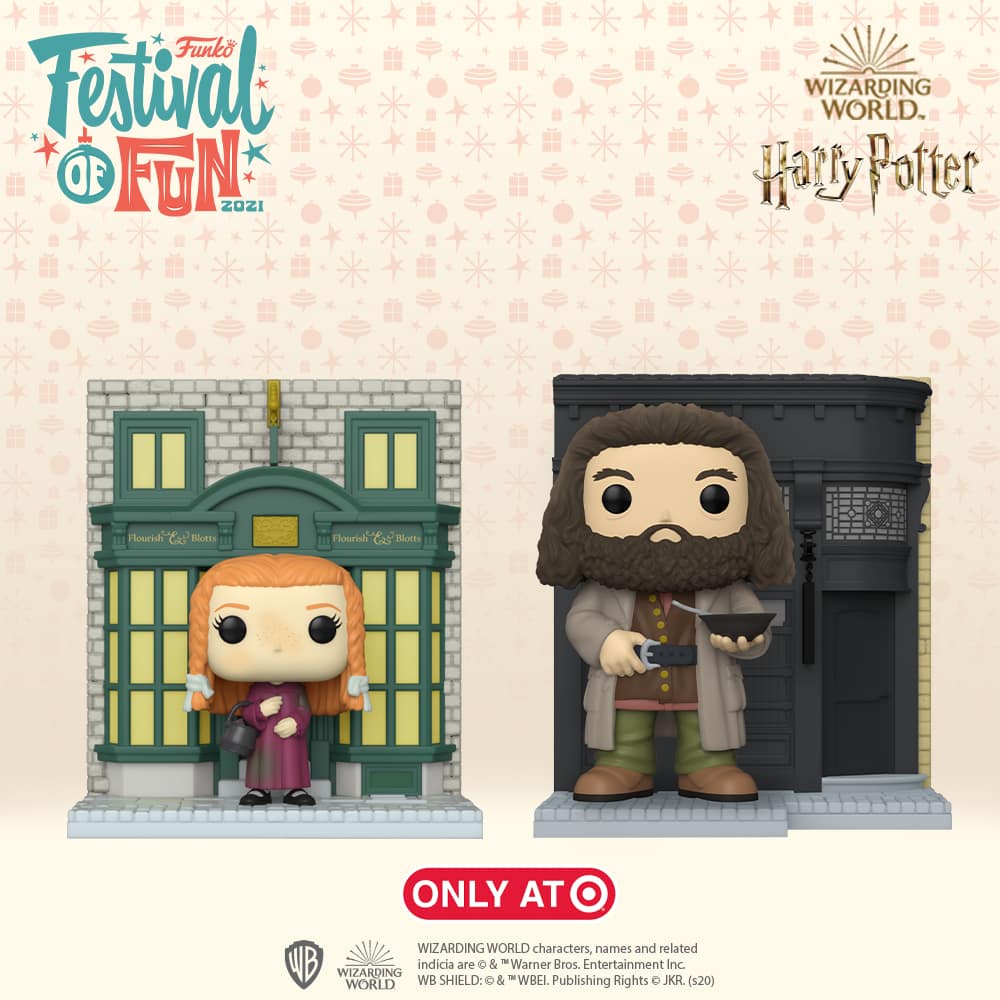