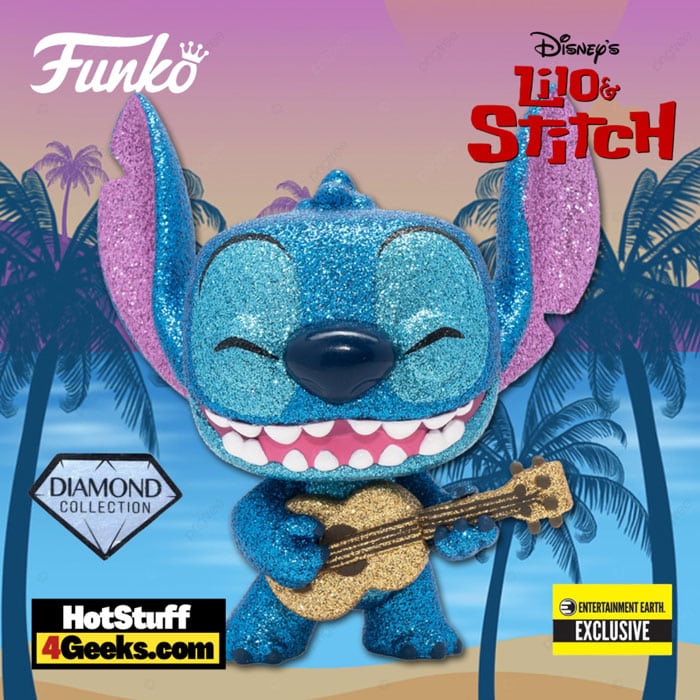 Although Stitch was made to enjoy destruction, we find out that he also enjoys music. Lilo and Stitch are such Elvis fans that there are more of his songs in this movie than in any of Elvis’s own movies. Nothing better to dance the hula-hula beats in Hawaii! And now you can bring Lilo home and let him play you some Elvis!

This is a must-have for all Stich fans! The Stitch with Ukulele Diamond Glitter Funko Pop! is now available for pre-order at the links below (click to jump!) It’s expected to be released in August 2021. 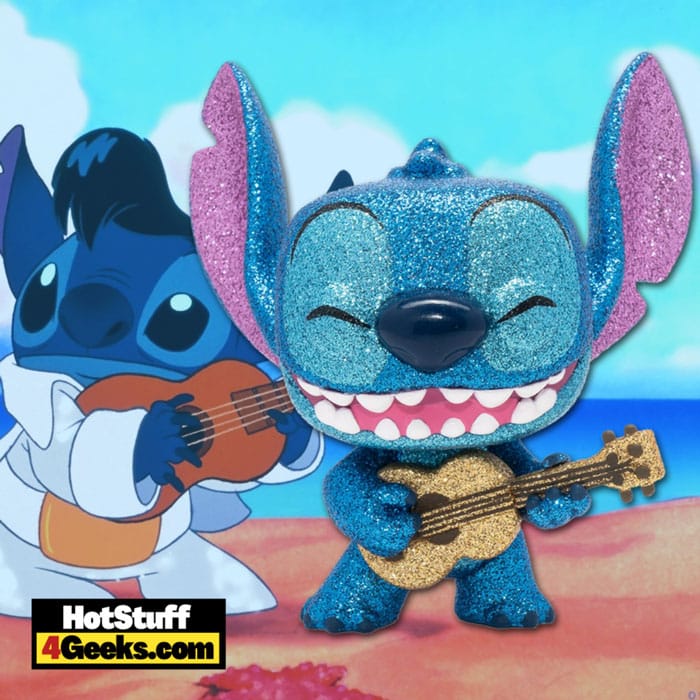 The film has become the favorite of many Disney lovers and, come to think of it, a film that tells us about the importance of family, Ohana, Stitch… we have already been moved. That’s the secret of Lilo & Stitch, a film that manages to connect with us from the first minute we see the guiri with the ice cream on the beach.

For those who are not familiar with the movie, Lilo & Stitch tells the story of a little Hawaiian girl and her pet – which is actually an alien that crash-landed on Earth. The plot gets complicated when authorities from another world decide to capture Stitch, who is considered a threat.

The film is backed by a wonderful soundtrack composed of songs by Elvis Presley, in the climate of Hawaii. 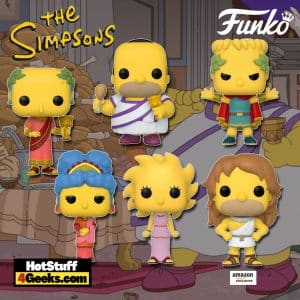 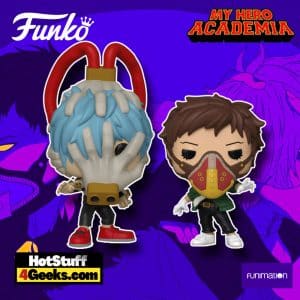 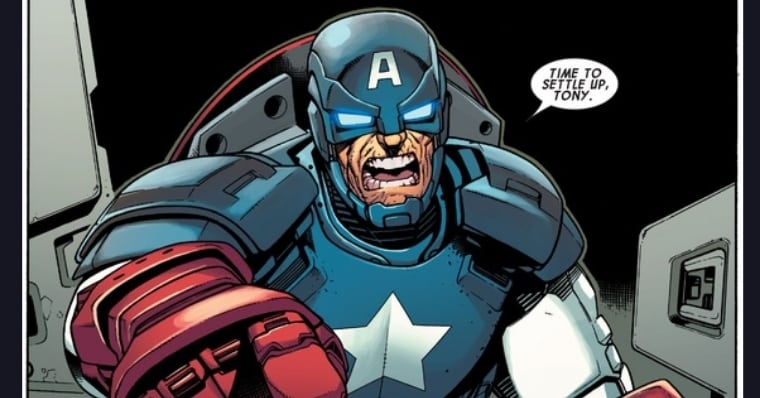 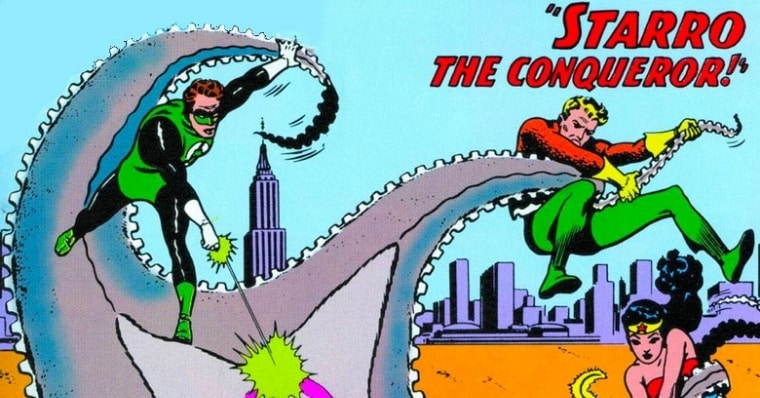 The Suicide Squad: How Starro Helped Marvel Get Inspired

Anyone who sees the giant alien star Starro The Conqueror destroying much of the fictional country of Corto Maltese in The Suicide Squad might have no idea that the character is indirectly responsible for creating Marvel Comics’ identity as we know it today.

That’s because the DC villain, who has appeared in the publisher’s comics for more than 60 years, served to inspire the competitor to reinvest in superhero stories.

As The Hollywood Reporter recalled, Starro was created by Gardner Fox and Mike Sekowsky and introduced in The Brave and the Bold#28 comics in 1960. The story also featured the first adventure of the Justice League of America, bringing together DC’s greatest heroes in a single plot.

Because of its inventiveness and dynamism, the comic caught the attention of Marvel editor Martin Goodman, who then convinced Stan Lee to reinvest in superhero stories under the House of Ideas label.

This inspiration is clear even in the cover comparison between The Brave and the Bold # 28 and the comic that started the Marvel Universe as we know it: Fantastic Four #1, by Lee and Jack Kirby, released in 1961. If it weren’t for Starro, we might never have not only the Marvel Comics we know and love but also the Marvel Cinematic Universe (MCU). 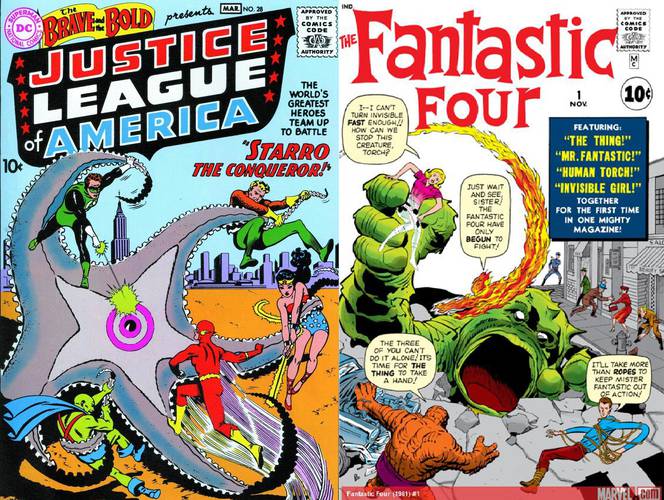 Throughout his 61 years of stories in DC comics, Starro has scored other warlike encounters against the Justice League, as well as landmark confrontations with Aquaman (he is, after all, a space star).

However, one of the most memorable clashes took place in the 1980s, following the revelation that Starro we knew was just a small sample of a colossal version that still inhabited space. A threat that was only destroyed with the unexpected collaboration between the League and Dream, the protagonist of Neil Gaiman‘s masterpiece Sandman.

More recently, in the arc of Justice League: No Justice (2017), Starro was convinced of the importance and benefits of altruism, sacrificing himself to save others from the threat of the Omega Titans.

A portion of his body tissue was rebuilt by Batman, only to regain consciousness and become the hero “Jar,” about his life inside a jar, which plays an important role in the 2020 event Dark Nights: Death Metal.

Already off the pages, the character has collected animated appearances such as The Superman/Aquaman Hour of Adventure (1960), as well as Batman Beyond (1999), Young Justice (2010), and Teen Titans GO! (2013). For video game fans, the character may look familiar if they have played Injustice: Gods Among Us, Batman: Arkham Knight, DC Universe Online, and Infinite Crisis.

In The Suicide Squad, the character is introduced by director and screenwriter James Gunn as an alien being brought to Earth by American astronauts and placed by the government in Corto Maltese’s Jotunheim laboratory in the (sadistic) care of the Thinker (Peter Capaldi).

Just as in the comics, Starro can release small versions of himself that control the minds of the planet’s population he invades. Still, the film manages to make him a character that elicits empathy, many thanks to the hint of terrible torture suffered by him at the scientist’s hand. 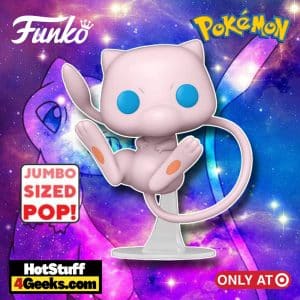 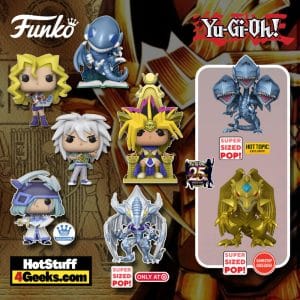