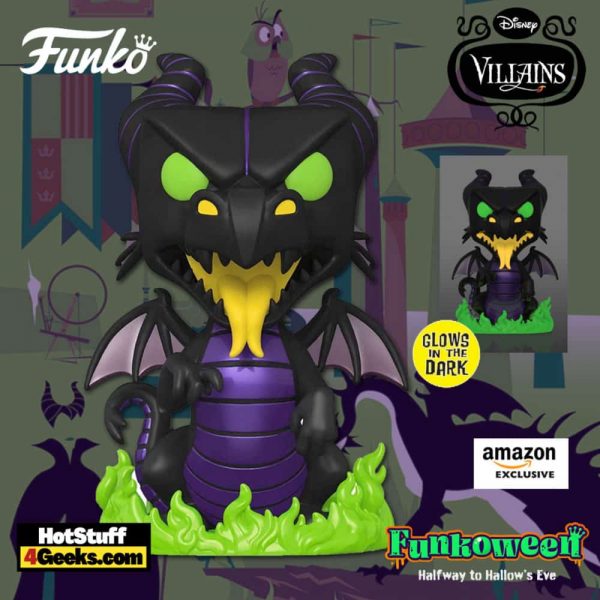 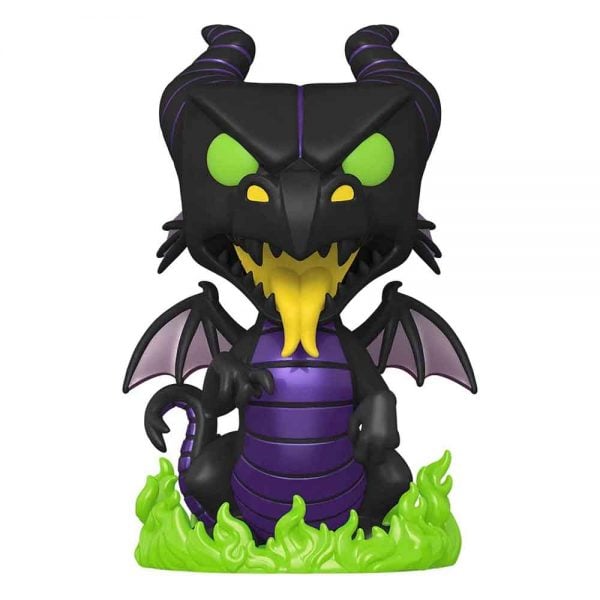 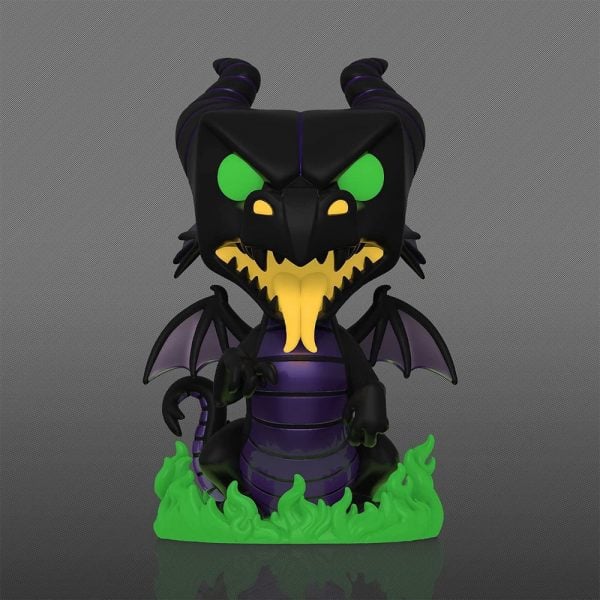 Disney Villains make us laugh, cry and sometimes take their side. The truth is that when it comes to Disney villains, there are those that we simply cannot accept and forgive.

It is always essential to have a good villain in every movie to add moments of tension to the plot. Disney has always produced in its animations iconic characters of this category that have even won their own solo feature films, as is the case of Maleficent.

When you think Disney villain, you think Maleficent. She first appeared in the 1959 animated feature Sleeping Beauty and has been scaring children worldwide ever since. The look, arrogance, pose, and everything about her are iconic and make Disney’s number one villain.

We’ve got to hand it to Maleficent… she really knows how to make an entrance! Now you can catch guests’ attention too, thanks to this 10-Inch Jumbo Sized Maleficent Dragon Funko Pop! If there’s anyone who knows how to ruin a party like a boss, it’s Maleficent.

Maleficent Dragon Glow 10-Inch Funko Pop! is now available for pre-order at the links below. 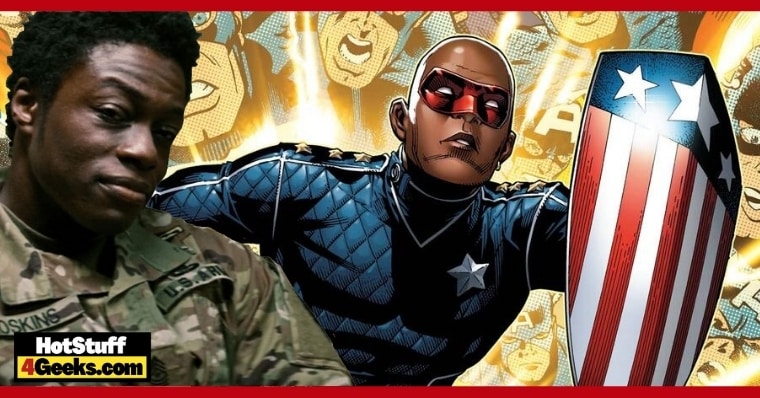 John Walker, the new Captain America of The Falcon and the Winter Soldier, is willing to do anything to defeat the Stateless Persons even if he has to break the rules to do so. Good thing his partner Battlestar is around to keep him in line.

Battlestar was created by Mark Gruenwald and Paul Neary, Lemar Hoskins began his journey in Marvel comics in “Captain America #323” as a former soldier in the United States (US) Army. Alongside John Walker, he subjected himself to the process of the Power Broker, a villain who uses biological engineering and technology to create superhumans.

The pair are pretty close in the Disney+ series, but Lemar Hoskins‘s friendship with the US Agent goes even further in the comics. It’s time to get to know the trajectory of the Battlestar in the comics. 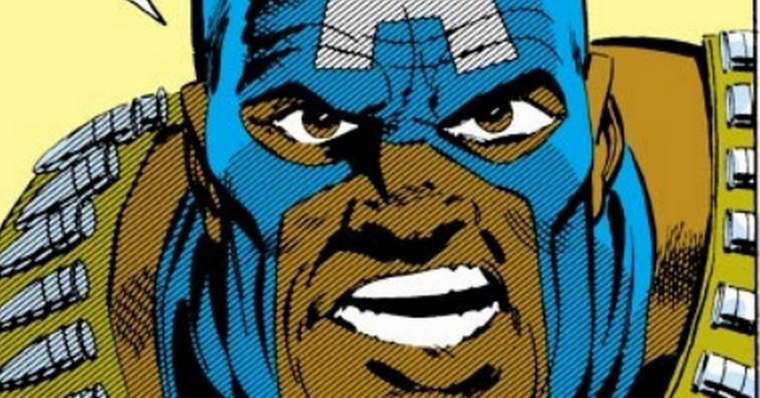 When Marvel decided they needed a darker Captain America to appeal to readers in the 1980s, they also decided to create an entirely new sidekick to go along with his stories.

As yet unnamed, Lemar Hoskins first appeared in Captain America #323 (1986) as one of three Bold Urban Commandos, the BUCkies. The trio would carry out fake crimes that SuperPatriot would prevent to increase John Walker’s popularity as a hero. 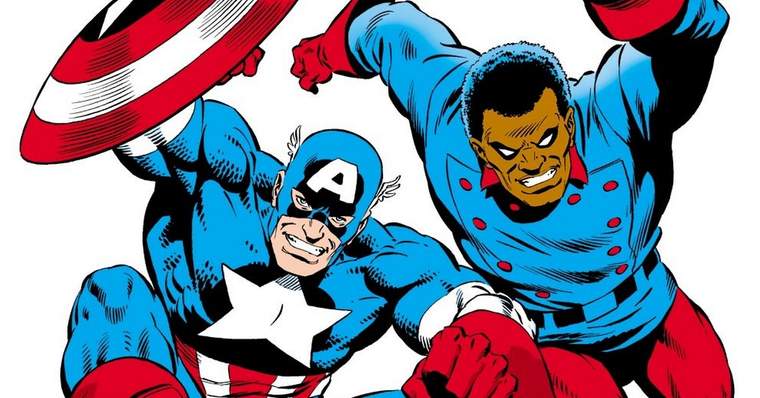 The plan worked, and not long after, John Walker was named the new Captain America. As a reward for his loyalty, Lemar Hoskins was also hired by the government to act as the new Bucky, the patriot defender’s sidekick.

But Walker and Hoskins’ partnership began long before their life-fighting crime. They served in the same army battalion at Fort Bragg. After being discharged, they started a career in wrestling, where they eventually met the Power Broker. 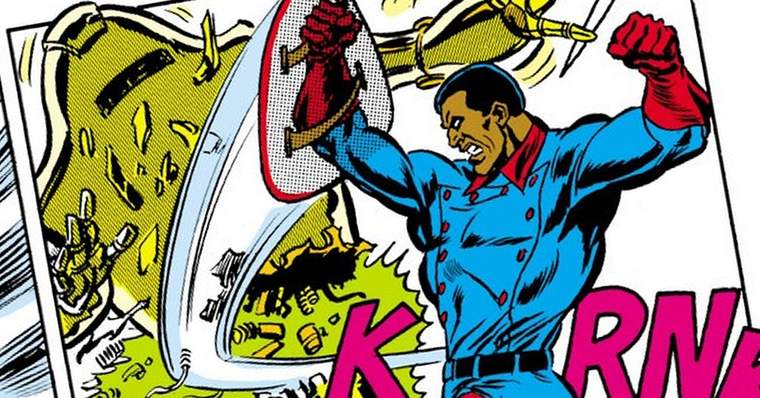 The Power Broker’s experiments generated mutations in Hoskins’ body that gave him powers superior to those of Steve Rogers, increasing his strength, speed, endurance, agility, and reflexes to a superhuman standard.

His combat skills were refined by the super-villain Taskmaster, hired by the government to teach all the former Captain America’s tricks. In addition, he had a shield made of Adamantium – the same metal found in Wolverine‘s claws. 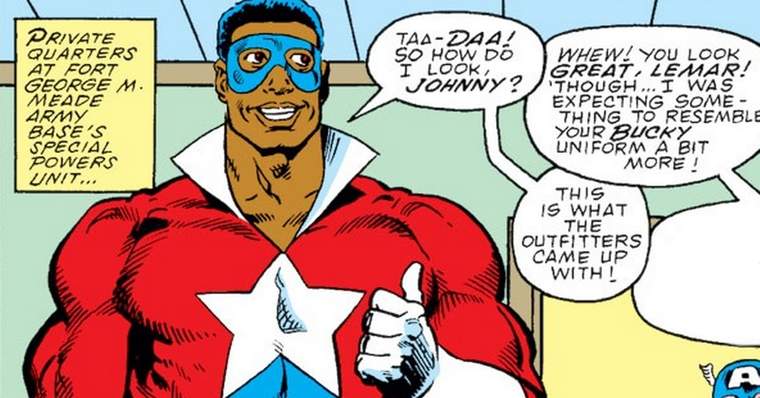 Soon after his debut, Lemar became the subject of much controversy. Marvel decided to name him after the same heroic name as Captain America’s original sidekick, Bucky Barnes, as an homage. However, the word “buck,” at the time, was a super offensive, racist term that compared black people to irrational and aggressive animals.

To make this “coincidence” worse, Lemar was originally written as a functional illiterate to reinforce this irrational stereotype. The negative repercussions were such that Marvel had to change his name to Battlestar in Captain America #341, claiming that the racist nickname was an attempt by the government to keep Lemar under control. 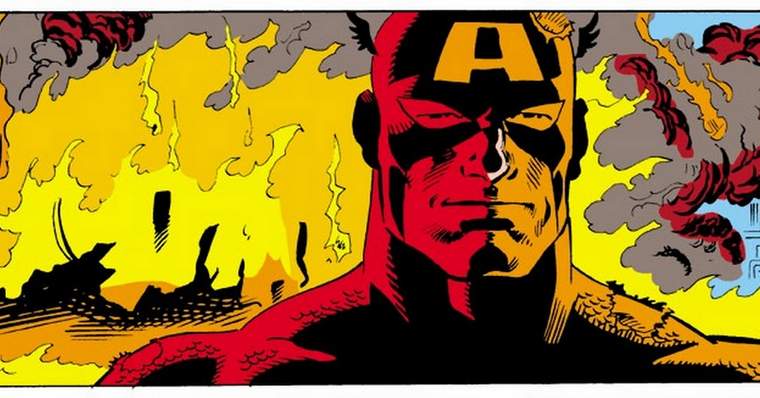 Under the mantle of Battlestar, Lemar helped Captain America face several threats, including a reptilian invasion, but things started to go awry when John Walker’s parents were killed.

Walker became increasingly violent, killing and torturing without a second thought. Lemar questioned his friend’s extreme actions but understood his pain. He tried to help him overcome his trauma but to no avail. Captain America was eventually fired, and the Battlestar decided it was time to stop as well. 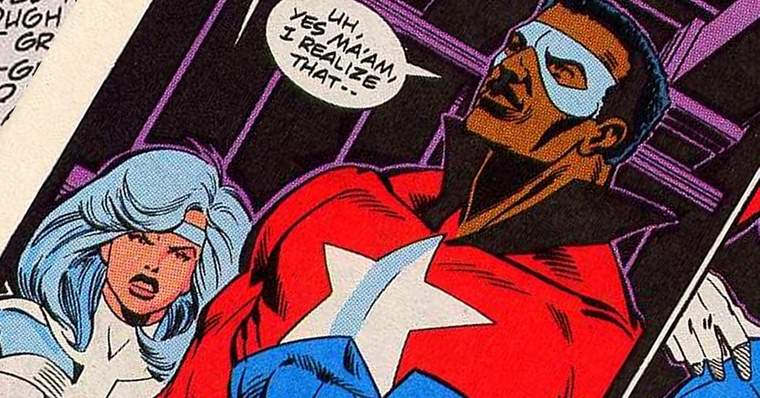 After John Walker was reported dead by the government for serving as US Agent, Battlestar tried to retire for good, but he couldn’t feel useful without fighting crime. When he learned that Silver Sable was taking on racist criminals, he decided to join his mercenary group, the Wild Pack.

Little did he know that this group was a Klu Klux Klan sympathizer, always downplaying racism to a persecution complex. Forced to live together against his will, Lemar never bowed his head to Doug Powell‘s shrill manner, who was eventually forced to admit his mistakes after being saved several times by the African American hero. 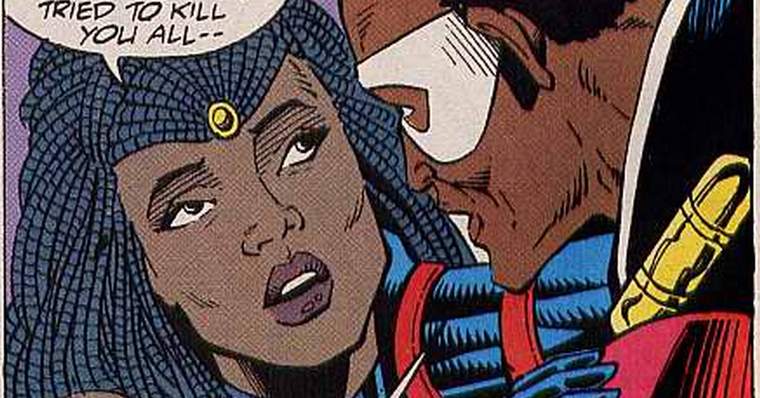 In Silver Sable and the Wild Pack #17, the Battlestar was on a humanitarian mission to fight famine in Somalia when his group was attacked by a mutant clan, angry at American imperialism.

Things got out of hand, and Lemar ended up protecting one of his adversaries, the Somali mutant Obax Majid (Lightbright), from a fatal attack. Admired by Lemar’s selfless attitude, Obax agreed to fight alongside him to help his people and eventually began a relationship with the hero. She was one of the few mutants not to lose her powers after Scarlet Witch‘s House of M events. 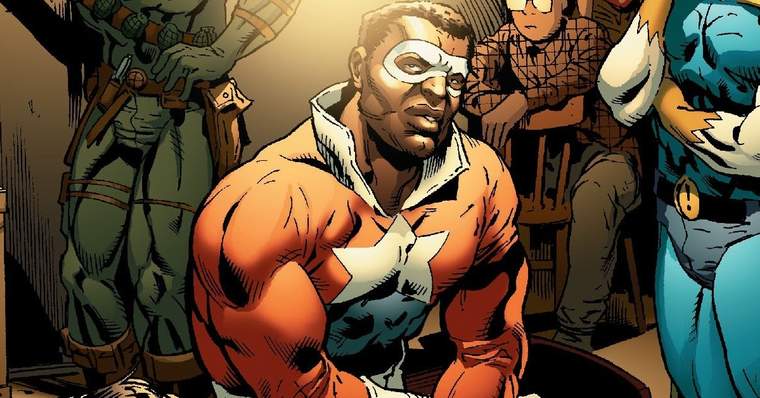 The Battlestar has a small role in the Civil War arc, which has put virtually every Marvel hero in conflict over the right to anonymity. Considering that John Walker’s parents were killed shortly after his secret was revealed to the world, it is not surprising that Lemar fights against the registry of heroes.

He appears in Civil War: Front Line #3 when he agrees to participate in an interview with reporter Sally Floyd. Lemar had joined a small resistance cell led by the anti-hero Typeface. They end up being captured by S.H.I.E.L.D. and only manage to escape at the time of the final battle. Lemar survives, but Venom kills Typeface. 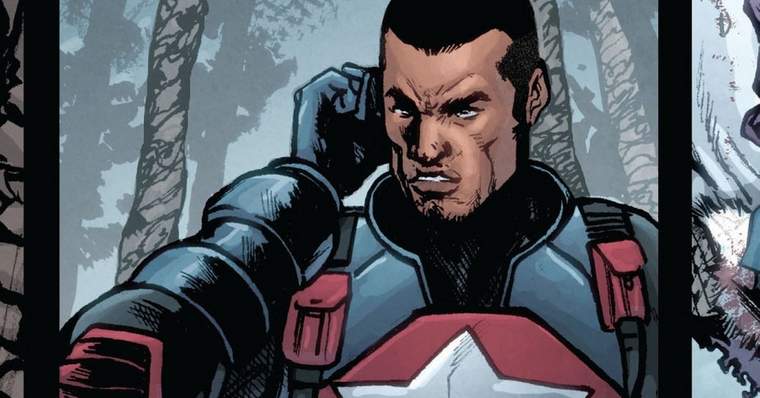 n Marvel Zombies Destroy!, the Battlestar is part of the A.R.M.O.R. organization, a sort of S.H.I.E.L.D. to contain dangers from alternate realities. Led by Howard, the Duck, they invade Earth-12591 to stop a Nazi zombie apocalypse from contaminating other realities.

Many members of A.R.M.O.R. ended up perishing in the course of the mission as they encountered reborn versions of great Marvel heroes, but Lemar held out until the end. The team returned thanks to Taxi Taylor’s dimensional powers safely, but it is possible that a zombie version of Captain America was unintentionally teleported…