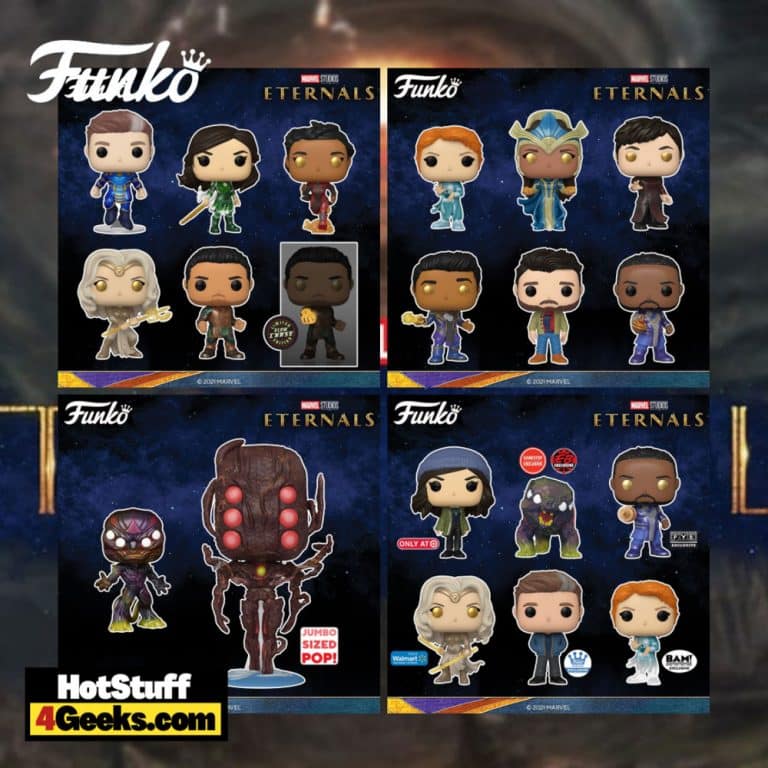 Eternals Funko Pops have just arrived, and it is sure to start some discussions about one of the MCU’s most anticipated films for 2021.

It’s quite an extensive list of Funkos that includes our main cast and the main antagonist, the deviant Kro, Thena with an unspecified weapon, Sprite going through a transformation, Ikaris in a London outfit, and Sersi in a Druig compound outfit.

The film has names like Angelina Jolie, Salma Hayek, Kit Harrington, and Richard Madden cast as The Eternals, the protectors of Earth, and promises to surprise fans with Chloé Zhao’s direction a fresh storyline.

First mentioned in the comics in 1976, The Eternals are a race of immortal beings created by the Celestial aliens who have lived on Earth for thousands of years – they do not interfere in human conflicts unless the Deviants are involved.

These creatures resemble demons, while the Eternals resemble angels. The villains change their form, are fast and strong, and have the ability to accelerate healing.

Here’s the breakdown for the already released pops (we’ll be updating):

Also available only at Entertainment Earth, this Eternals Pop! Vinyl figures include one limited edition collectible trading card inside the Pop! Box

Eternals Funko Pops are now available for pre-order at the links below (click to jump!) 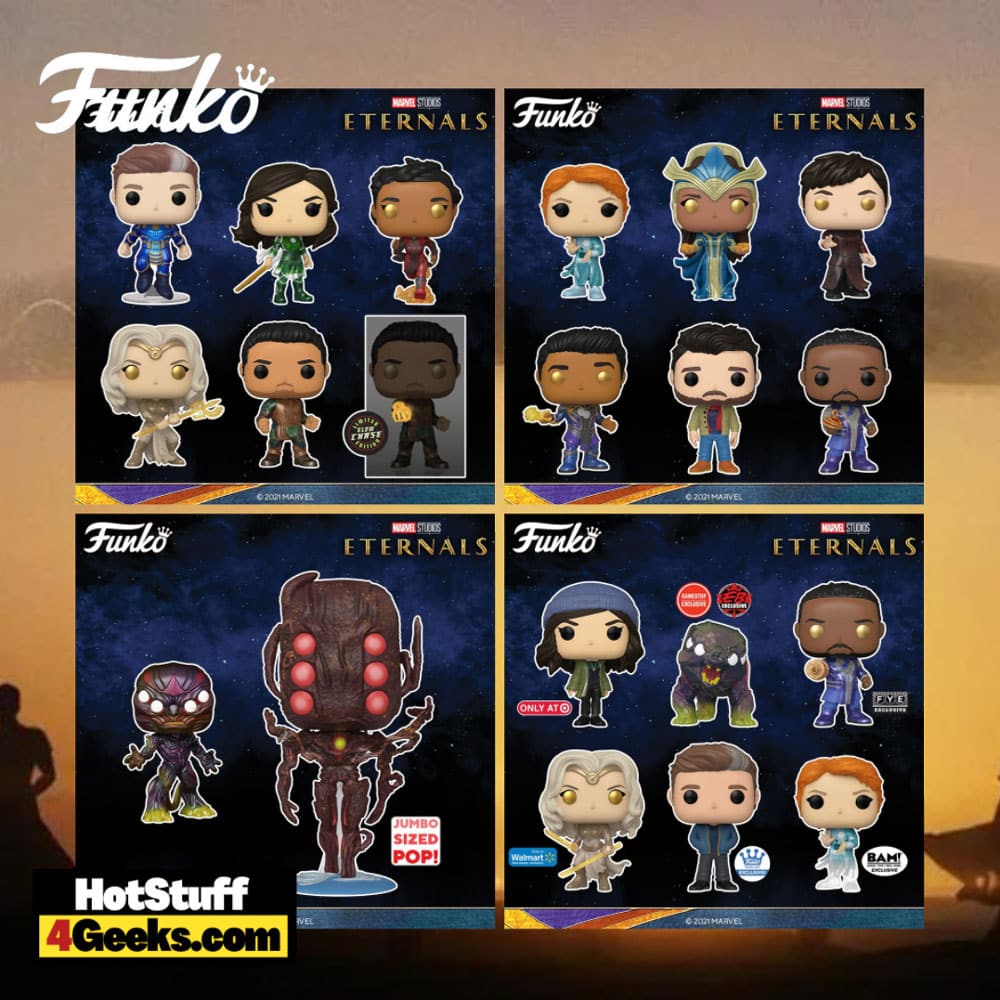 The group of characters was created in 1976 in Jack Kirby‘s comics. Chloé Zhao, the film’s award-winning director, will use the comics as inspiration, but as Marvel president Kevin Feige said,

“This is a new form of the Deviants.”

The villains, while not having spectacular powers, are very intelligent. They discovered genetic engineering, so they evolved quickly and dominated the Earth for a period. 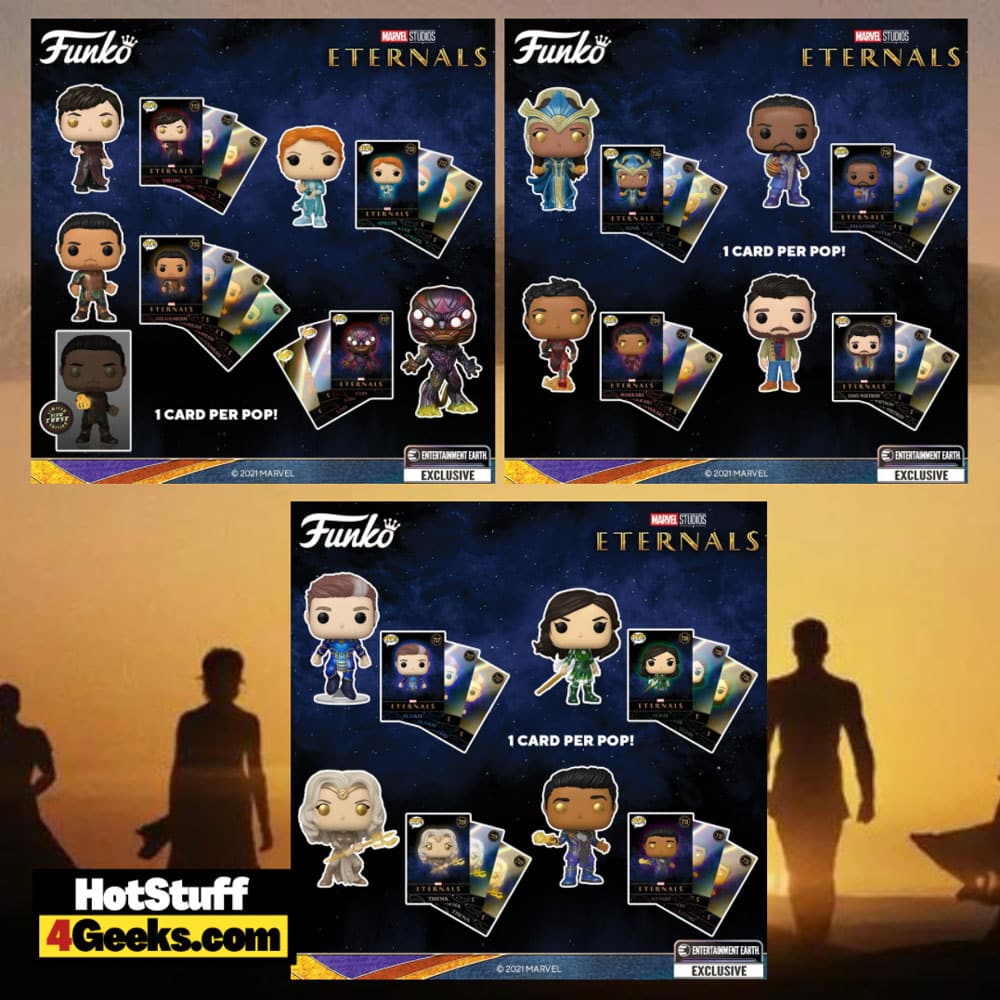 The Deviants enslaved the Earth inhabitants but were defeated by the Eternals and have been dormant in caves and underground ever since.

According to lines in the trailer, the creatures may have been “awakened” with energy caused by the Thanos‘ return (Josh Brolin). From this, the heroes will have only seven days to defeat them.

Other similarities between the film and the comics can be analyzed.

For example, when we understand the rivalry between the two groups: the Deviants are jealous of the Eternals because they are less powerful and beautiful, in addition to the fact that the heroes are beloved by the creator group, the Celestials. 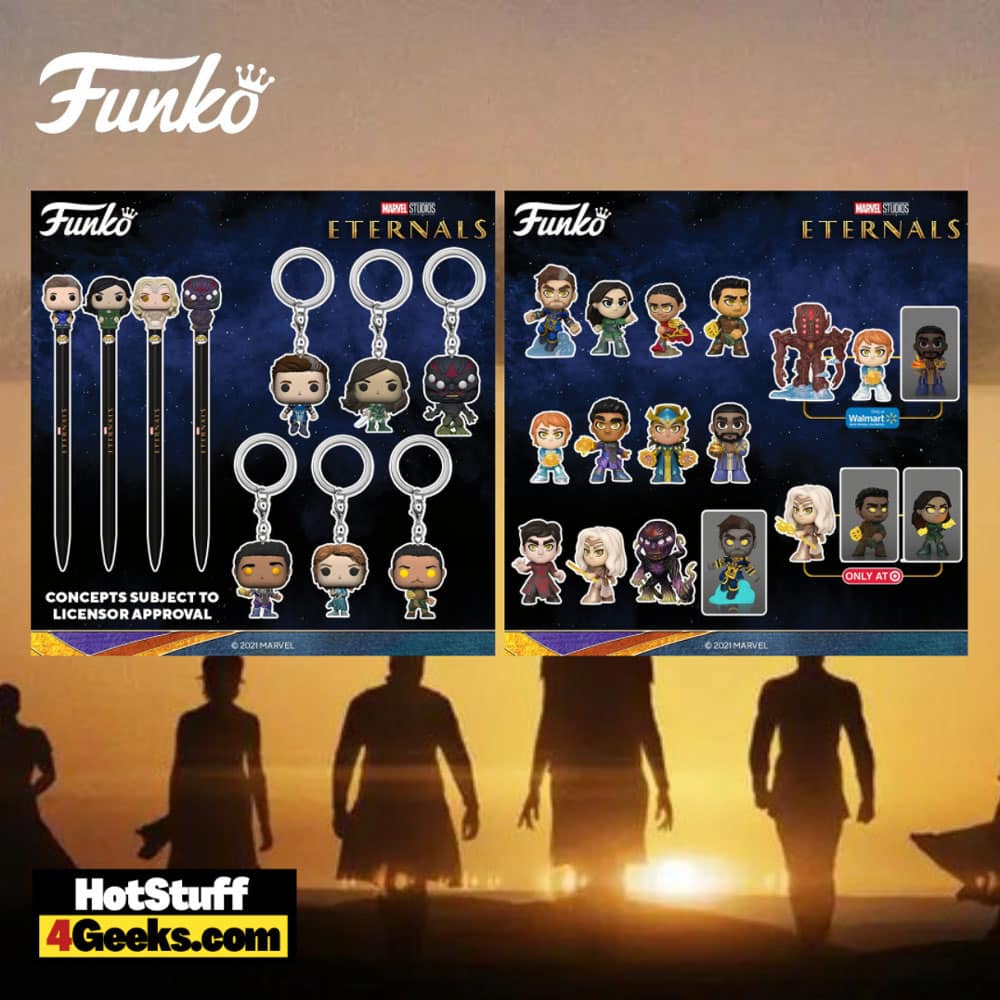 Eternals is scheduled to premiere on November 5, 2021. The final trailer was released by Marvel Studios on Thursday, August 19.