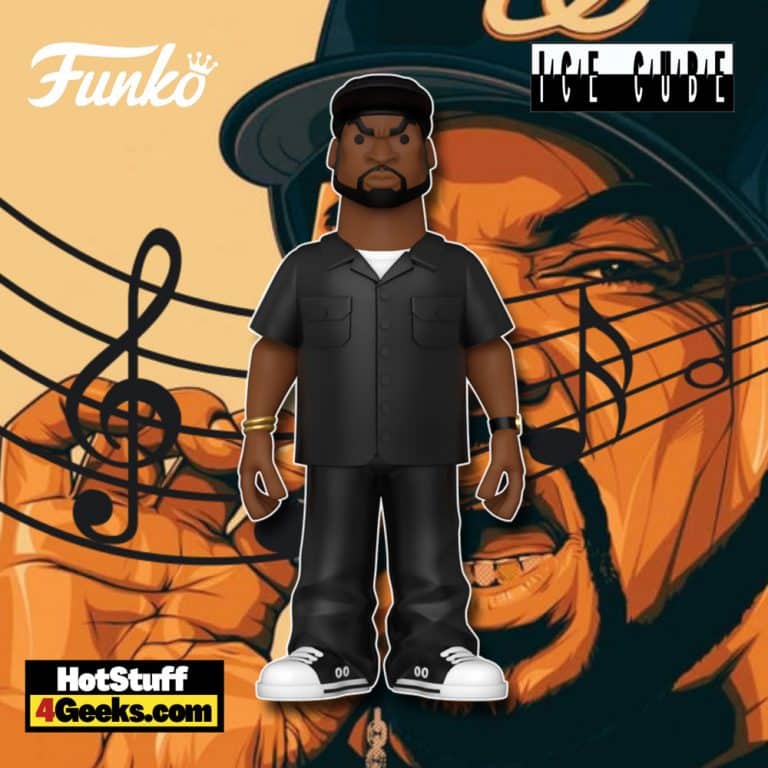 Ice Cube had done it all from being a rap superstar to a movie star, and now is the new Funko Pop! Gold: Ice Cube 5-inch Funko Pop! Gold Vinyl Figure!

We know it’s rare that there are still people who wonder who Ice Cube (born O’Shea Jackson in 1969) is, as he simply has one of the best-known faces in rap history, and he is because he has dedicated his life to many other things, especially acting.

So much so that the rapper has appeared in more than thirty films (and even owns Cube Vision, his own film production company), but, even so, he will always be a historical figure of hip-hop above all things.

Part of the Pop! Gold collection, snag this figure for a cool piece of hip-hop memorabilia, and show off your love of music history!

Ice Cube 5-inch Funko Pop! Gold is now available for pre-order at the links below (click to jump!) 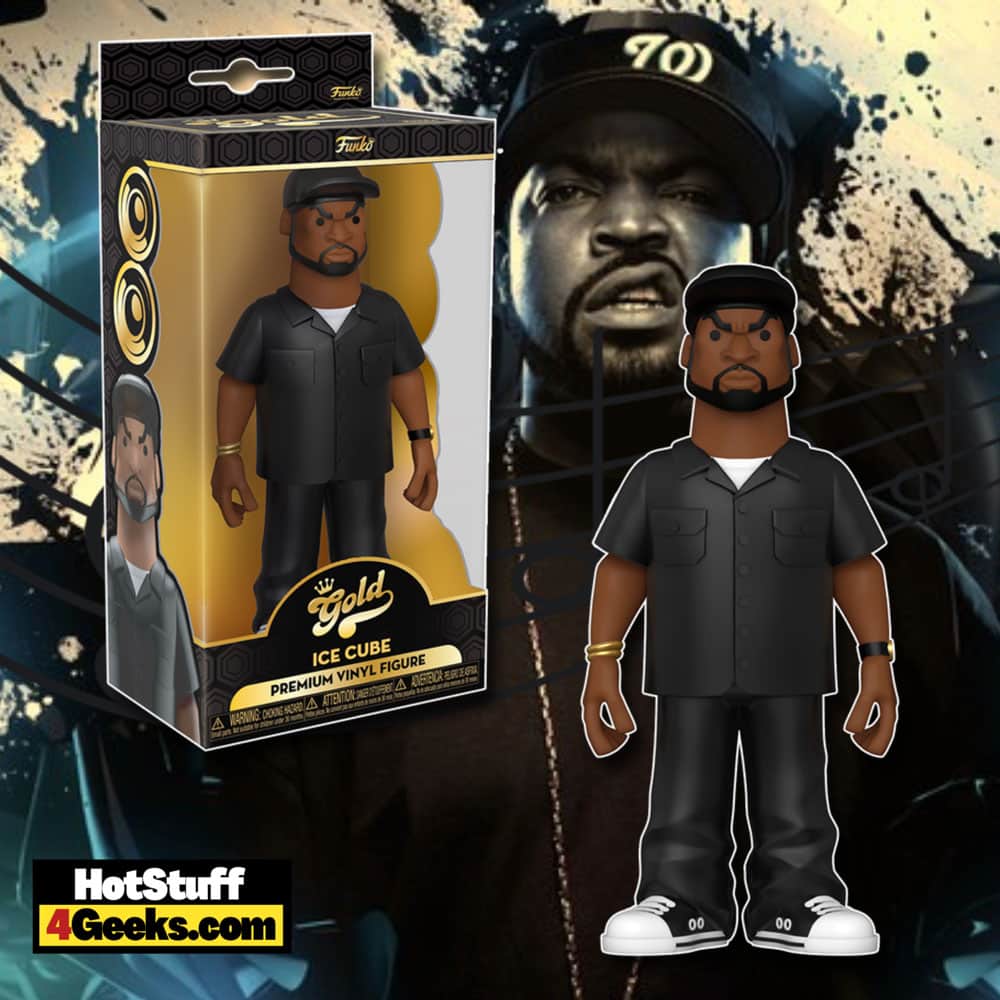 Cube began his solo career and soon became part of the legendary N.W.A. alongside Dr. Dre, Eazy-E, and the other iconic members of “the most dangerous band in the world.”

Jackson was the writer of most of the lyrics, and his figure was much more politically and socially committed than the rest, something that he maintained in some of his later albums.

When Cube left the group due to disagreements with his royalty payments, he attacked the members of his former band and the racist and classist society and politicians that prevented them from developing as people. 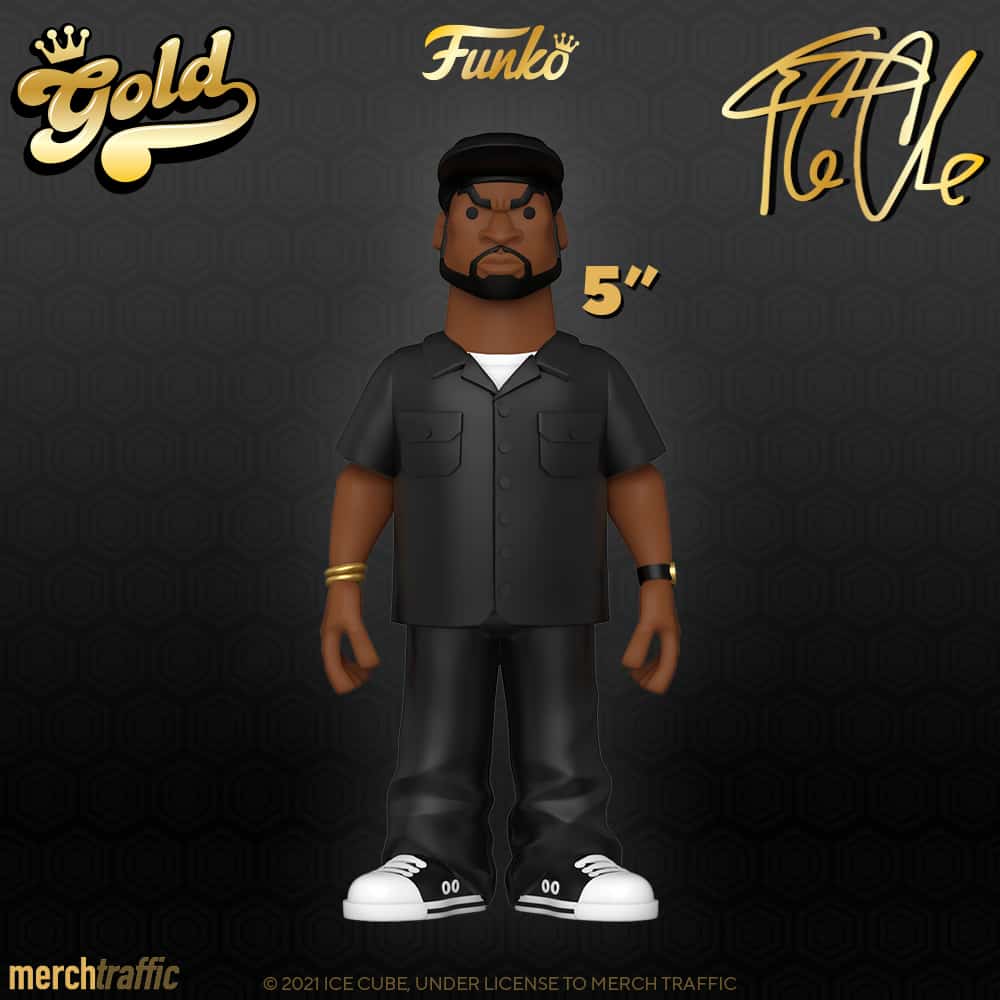 Ice Cube 5-inch Funko Pop! Gold is now available for pre-order at the links below (click to jump!)

Cube found a perfect blend of beef, social commitment, non-standard lifestyle, and day-to-day life in Los Angeles that quickly made him one of the world’s top rap stars.

When John Singleton called him for his celebrated film “Boyz n the Hood,” his status only grew and grew.

And so much was his passion for cinema – although we recognize that the artist will never win an Academy Award – that he even had a five-year hiatus without albums between his “Lethal Injection” (1993) and the first part of “War & Peace” (1998).

After his two notable “War & Peace” releases, the artist has continued to publish L.P.’s and has always had things to say musically and socially. Still, somehow his fame as a full-fledged celebrity has already eclipsed his career in sound.

The point is that – cinema and basketball business aside – Cube is still going strong despite not being a kid anymore. His 2018 “Everythang’s Corrupt” confirmed that the artist still has a lot to say musically and that he kept his balance between pure and hard west coast sound and uncomfortable message for particular layers of society.

Be that as it may, Ice Cube is part of hip-hop history and is one of the best rappers of all time. Although he has devoted much of his career to other pursuits, his place on the hip-hop podium is immovable, and it doesn’t look like that’s about to change.