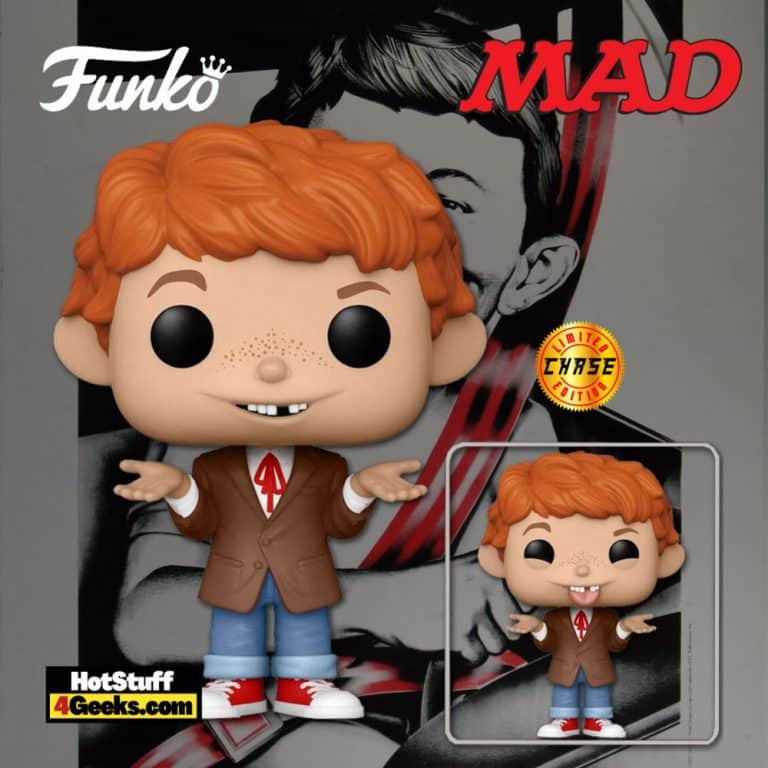 Alfred E. Neuman is the “Mad” magazine’s poster boy, who became an essential presence on the covers. With his characteristic floppy ears and missing dental arches, Neuman (Norman Mingo) first appeared in the December 1954 issue of the American edition, published by E.C. Comics (now DC). His favorite catchphrase is: “What, me worry?”.

The teenagers of the 1950s in the United States formed the first generation of consumers who did not have to work to help their families. They could go to the movies, read comic books, drink milkshakes at drive-ins, and listen to rock and roll on the radio.

It was there that the concept of “pop culture” was born when the industry realized the consumption potential of this mass and started producing for it. Until then, the teenager listened to his parents’ records and watched the same movies. It must have been a drag.

“Mad” appeared in this trend and practically inaugurated a type of humor that would become the most popular and influential in the United States: pop culture parody.

It is impossible to think of Saturday Night Live, the Zucker-Abrahams-Zucker movies, and South Park without mentioning “Mad.”

It was “Mad” that started parodying movies, singers, and TV series. When pop culture dominated American society, “Mad” was there to remind us that nothing was foolproof.

No Hollywood star, no matter how famous and rich, would be immune to a good slapstick. The magazine seemed to say, “Don’t be dazzled by the facade of respectability; deep down, we’re all idiots.”

The same thing happened with politicians. It was all over for everybody. And by the time Richard Nixon fell in 1974, Mad readers were used to seeing him ridiculed in every way.

The magazine also never paid attention to political correctness. And nor should it, since it was born before the concept itself existed.

I have read interviews with Matt Groening (creator of the Simpsons), Mike Judge (Beavis and Butthead), and Steve Martin, in which they said that their lives changed after they met “Mad.” Whether for the better, no one knows. But for sure, they have changed.

“Mad” magazine is closed. The news saddened comic book fans around the world, but as comedian and Simpsons voiceover Harry Shearer summed it up, “An American institution has closed. And who wants to live in an institution?”

Alfred E. Neuman Funko Pop! Figure is available for pre-order at the links below. Look out for the rare chase! Purchase this Pop and be in with the chance of receiving the Chase Variant instead, which has a 1 in 6 rarity.