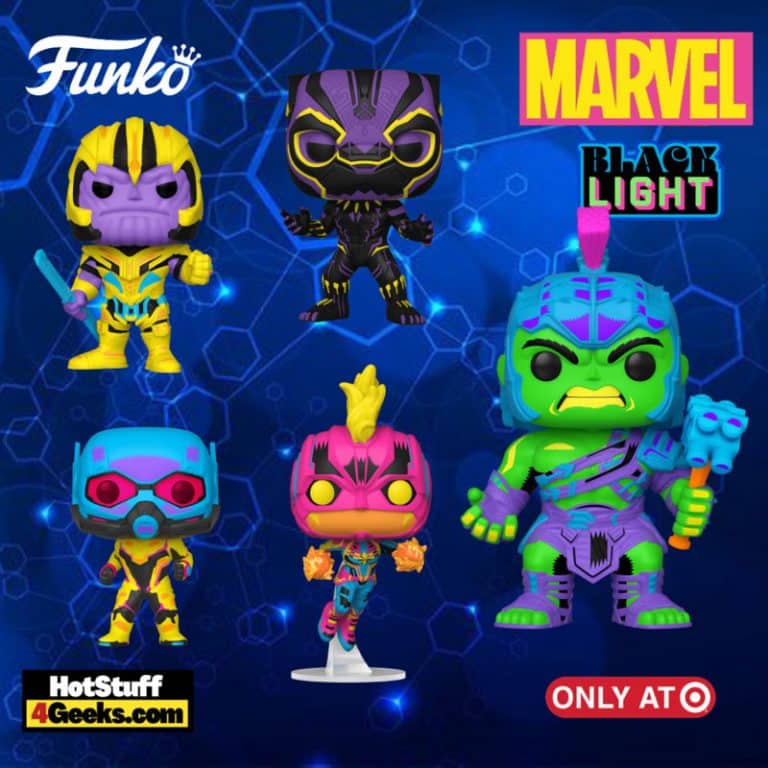 Target’s Marvel Through The Ages continues with even more heroes! A brand new wave of Infinity Saga Blacklight Funkos have arrived at Target, featuring fan-favorite characters across figures, apparel, and accessories, with a new colorful twist.

The Infinity Saga is a film saga consisting of the first twenty-three films of the Marvel Cinematic Universe, encompassing Phase One, Phase Two, and Phase Three. The saga began in Iron Man and concluded in Spider-Man: Far From Home. The saga’s main theme centers on the Infinity Stones and the war against Thanos considered Marvel’s best villain in the theaters.

Here’s the breakdown for the latest release, inspired by one of the greatest sagas in the cinematic world and that has definitely left its mark on pop culture:

As we eagerly await where the Marvel Universe is headed next, unleash or..  restrain the full power of the Infinity Stones!

Infinity Saga Blacklight pops, and goodies are available starting on August 20 at the links below (click to jump!) Find everything in the latest Blacklight wave in the images below. 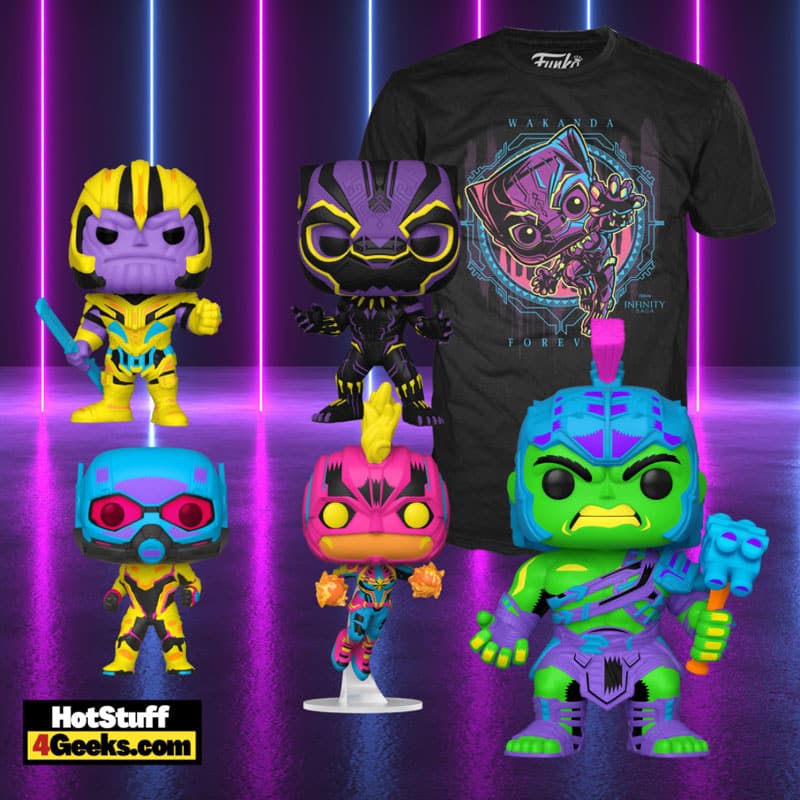 Billionaire Tony Stark (Robert Downey Jr.) has a life-changing experience in the desert and builds himself a hero’s costume. He battles a host of other tech industry figures and meets Natasha Romanoff (Scarlett Johansson), the Black Widow, and his SHIELD boss, Nick Fury (Samuel L. Jackson).

Steve Rogers (Chris Evans) is given a revolutionary serum in the 1940s and becomes a super-soldier who fights Nazis in World War II, but then is frozen for over 70 years before unfreezing in 2011.

Together, they all join forces – with an archery guy named Hawkeye (Jeremy Renner) – to defeat Thor’s mischievous half-brother, Loki (Tom Hiddleston), and his alien hordes. 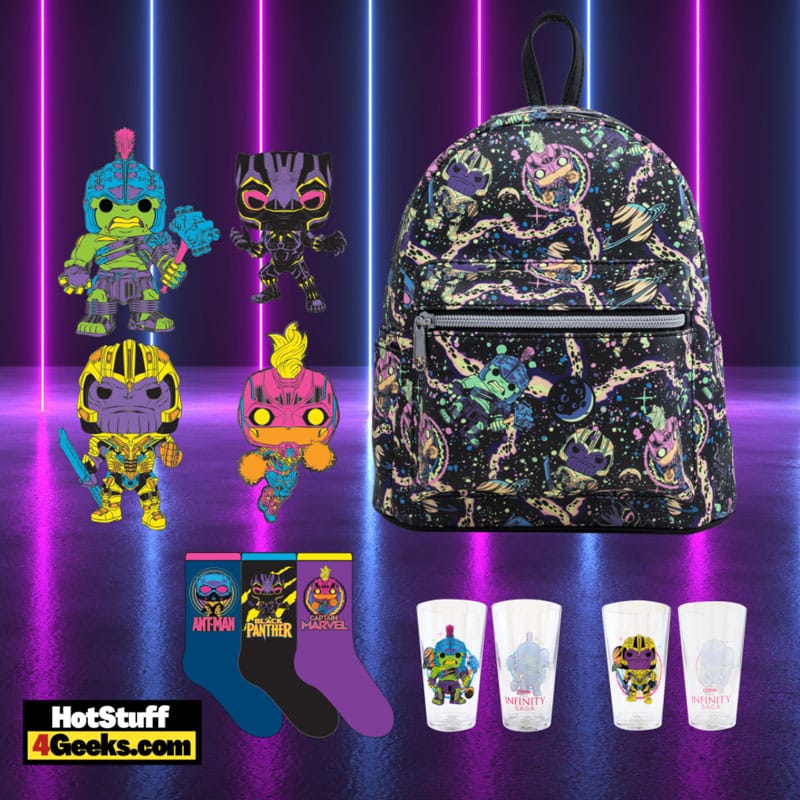 It is revealed that the terrorist group HYDRA was operating undercover within SHIELD, resulting in the agency’s collapse. Now acting without SHIELD’s help, the Avengers work alone to take down HYDRA but unwittingly generate a more dangerous adversary in the form of hostile artificial intelligence, Ultron (James Spader).

The story of Phase 3 is set during a time of discord generated from the Ultron attack sequence against Earth. With public opinion of superheroes becoming increasingly divided, the Avengers have fragmented over a Civil War, with the ideological rift between Steve Rogers and Tony Stark.

Amidst the turmoil of the Avengers, several new heroes are introduced, such as Doctor Strange (Benedict Cumberbatch), Black Panther (Chadwick Boseman), Mantis (Pom Klementieff), Spider-Man (Tom Holland), Valkyrie (Tessa Thompson), and Captain Marvel (Brie Larson). Finally, Thanos’ plot to collect all the Infinity Stones, which began at the end of Phase 1, comes to an end in this epic saga.