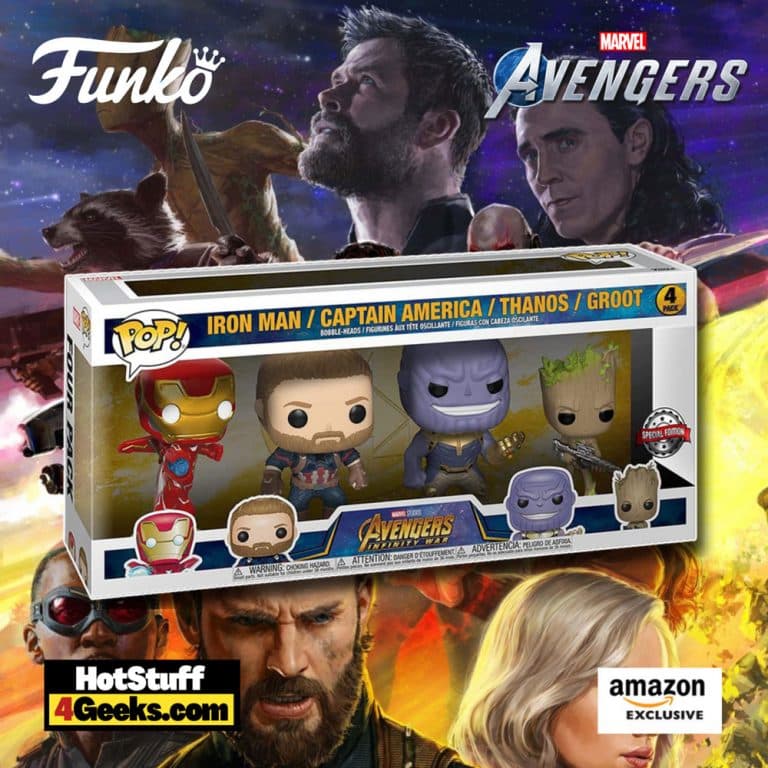 The “ground-breaking” film is considered by many to be the “best film in the entire MCU,” and there are numerous reasons for this (check it out below). Avengers: Infinity War is full of action, humor, and excitement, packed with so many incredible and jaw-dropping moments that it’s no surprise that many rate it with such high status.

The POP Marvel: Marvel Classic- 4Pack is now available at the links below (click to jump!) 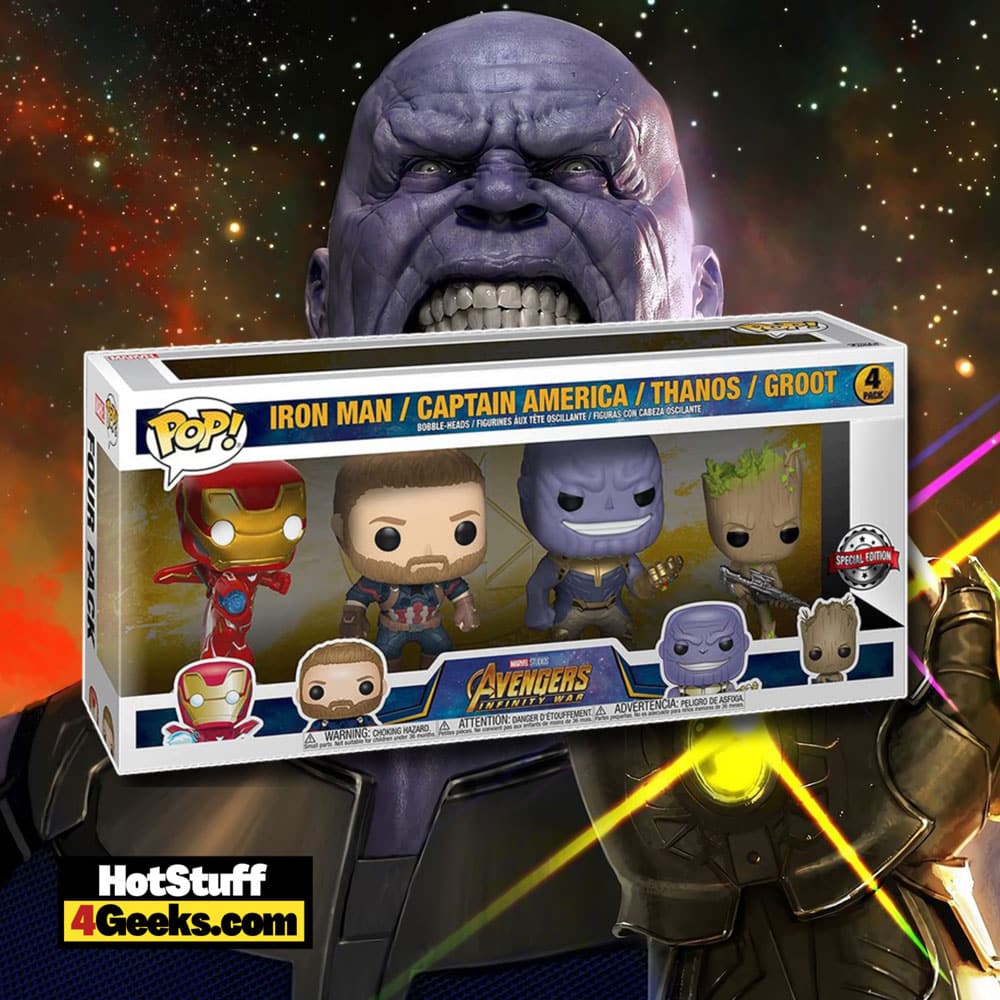 In Avengers – Infinity War, Thanos, tired of seeing his henchmen defeated, personally leads his army searching for the infinity stones, which will give him total control over the universe and reality. And along the way, he will face almost every Marvel hero.

Thanos, the villain of the film (very well played by Josh Brolin), had already appeared briefly in The Avengers, Guardians of the Galaxy, and Avengers – Age of Ultron, always in the credit scenes.

Thanos gave Loki an alien army and the scepter with one of the infinity stones (in The Avengers), which was later used to create Vision (in Avengers – Age of Ultron). He also supported the Kree fanatic, Ronan, in Guardians of the Galaxy, exchanging the Orb with another of the infinity stones.

In his quest for ultimate power, Thanos and his four generals will wreak great destruction not only on Earth but also in various parts of the galaxy.

Despite the monumental scale of the action and the sheer number of characters, Avengers – Infinity War has a plot that works and delivers good fun.